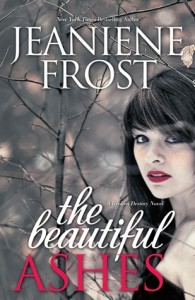 About The Beautiful Ashes
In a world of shadows, anything is possible. Except escaping your fate.
Ever since she was a child, Ivy has been gripped by visions of strange realms just beyond her own. But when her sister goes missing, Ivy discovers the truth is far worse—her hallucinations are real, and her sister is trapped in a parallel realm. And the one person who believes her is the dangerously attractive guy who’s bound by an ancient legacy to betray her.
Adrian might have turned his back on those who raised him, but that doesn’t mean he can change his fate…no matter how strong a pull he feels toward Ivy. Together they search for the powerful relic that can save her sister, but Adrian knows what Ivy doesn’t: that every step brings Ivy closer to the truth about her own destiny, and a war that could doom the world. Sooner or later, it will be Ivy on one side and Adrian on the other. And nothing but ashes in between…

Excerpt:
“What is that?”
Adrian’s voice startled me. For a second, I was disoriented, the dream clinging to me as it always did. Yes, I was in a car, but I wasn’t the unknown woman driving away from her baby. That wasn’t real. The glare Adrian leveled at my chest was, though.
“Is that a mirror?” He sounded horrified.
I looked down. My locket was open, the mirrored side facing me. At some point while I was sleeping, I must’ve opened it. Adrian’s hand shot out, but this time, I was too fast for him.
“Don’t you dare,” I snapped, holding it out of his reach. “It’s the only picture I have of my sister after you left everything I own back at that hotel in Bennington!”
He lunged again, actually letting go of the steering wheel to reach the side of the car where I held it. With a sharp yank, he wrested the locket from my hands. I tried to snatch it back, but he shoved me into my seat with one hand, finally grabbing the steering wheel with the other.
“Are you crazy?” I shrieked. “You could’ve gotten us killed!” If this hadn’t been a lonely stretch of desert road, our careening into the next lane might’ve had permanent consequences.
“You’re going to get yourself killed,” was his chilling response. Then, still pinning me to my chair with that single hand, he held my locket up.
I gasped. Something dark poked out of the small mirror, like a snake made of blackest smoke. It disappeared when Adrian smashed the mirror against the steering wheel, but an eerie wind whistled through the car, ruffling my hair and stinging my nostrils with its acrid scent.
Adrian muttered a word in that unknown language, and I didn’t need a translator to tell me it was a curse.
“What was that?” My voice was hoarse.
He threw me a pitying glance, which frightened me even more. If he wasn’t angry, we must really be screwed.
His next words proved that. “Brace yourself, Ivy. You’re about to meet a demon.”

Jeaniene Frost is the New York Times, USA Today, and international bestselling author of the Night Huntress series, the Night Prince series, and the upcoming Broken Destiny series. To date, foreign rights for her novels have sold to twenty different countries. Jeaniene lives in North Carolina with her husband Matthew, who long ago accepted that she rarely cooks and always sleeps in on the weekends. Aside from writing, Jeaniene enjoys reading, poetry, watching movies with her husband, exploring old cemeteries, spelunking and traveling – by car. Airplanes, children, and cook books frighten her.
For information on Jeaniene’s books, reading the first 20% of each book free, book trailers, deleted scenes, creature mythology, and more, please visit: www.jeanienefrost.com 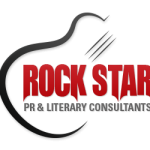