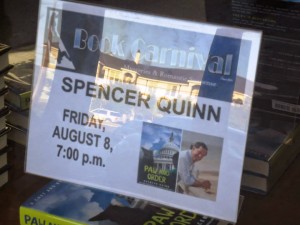 I was so thrilled to finally meet one of my favortie authors!  Spencer Quinn had a wonderful book event at  The Book Carnival.  This was one of the best author events I have ever attended. It was hosted by the wonderful owner Anne, so be sure to check them out on Facebook and Twitter. 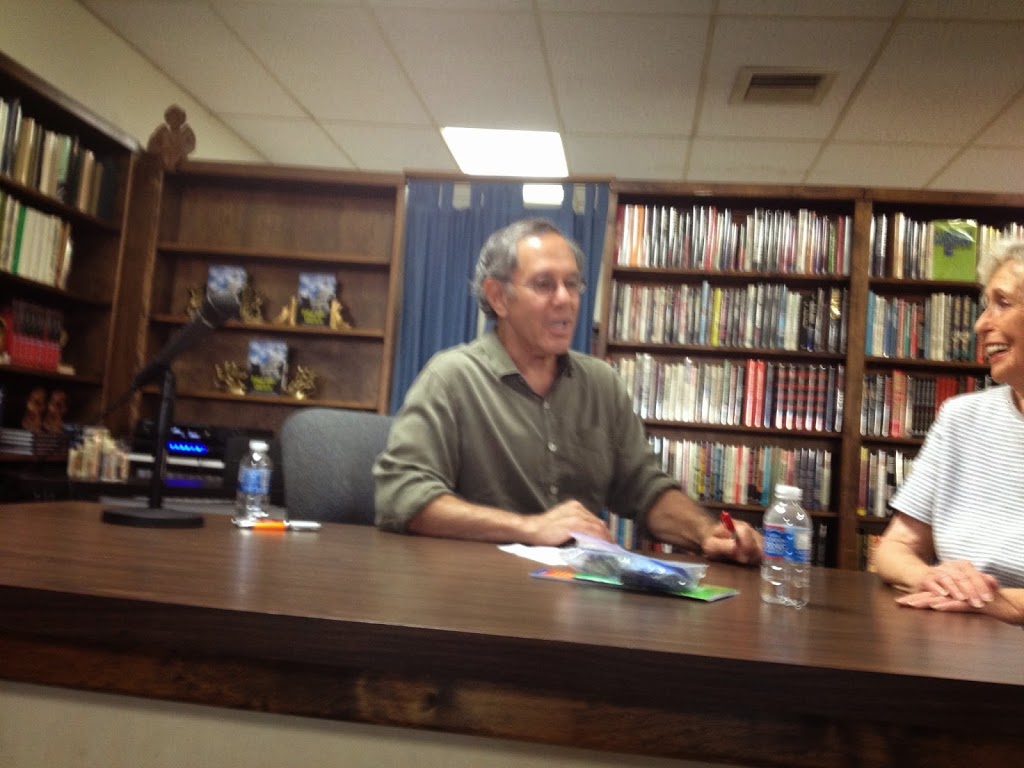 Schatze and I had front row seats.  She was a bit perturbed since she thought she should have been the only dog in attendance.  There was another dachshund owner there with her service dog.  I also didn’t let her down to inspect the premises. 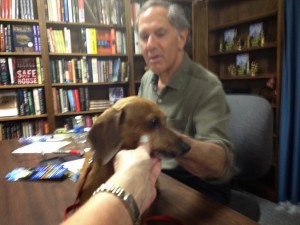 This was the result of not letting her roam. She wouldn’t pose for a picture.
I did find out some interesting things about Spencer (not his real name!) and that this series has been very easy for him to write. 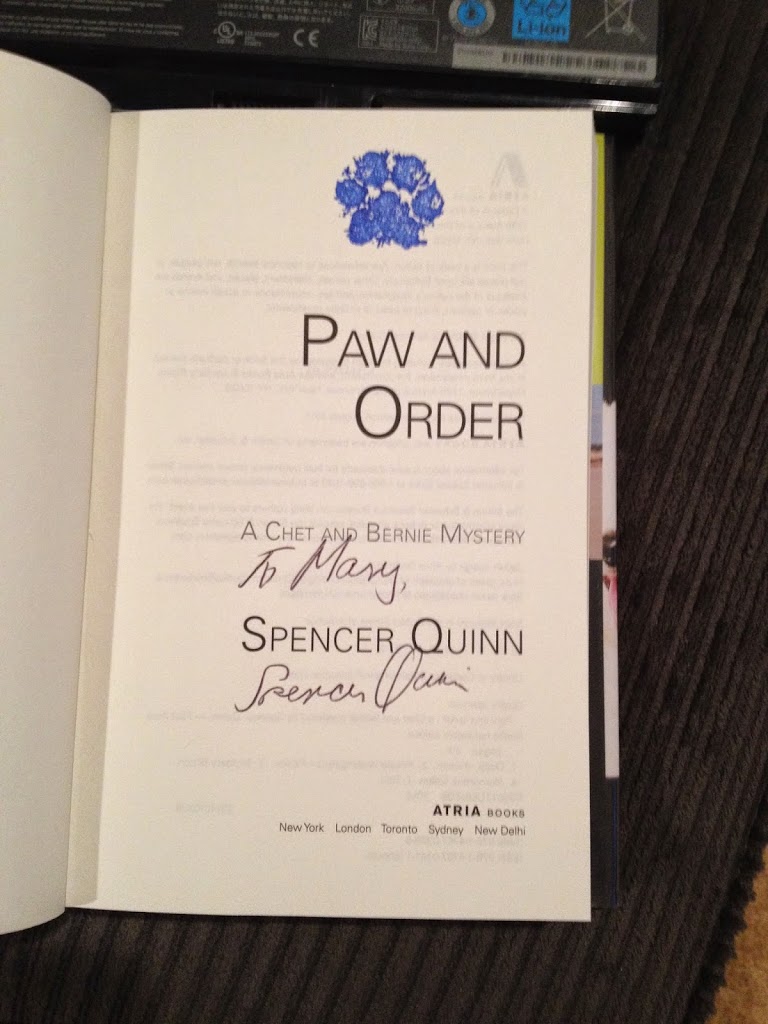 Here is a bit of video with Schatze agreeing with Spencer’s writing material. 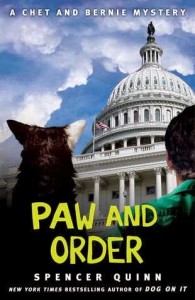 Paw and Order: A Chet and Bernie Mystery by Spencer Quinn

In the seventh book in the brilliant New York Times bestselling mystery series, canine narrator Chet and P.I. Bernie journey to Washington, DC, and the dog-eat-dog world of our nation’s capital.
Stephen King has called Chet “a canine Sam Spade full of joie de vivre.” Robert B. Parker dubbed Spencer Quinn’s writing “major league prose.” Now the beloved team returns in another suspenseful novel that finds Chet sniffing around the capital city and using his street smarts to uncover a devilish plot.Chet and Bernie pay a visit to Bernie’s girlfriend, Suzie Sanchez, a crack reporter living in far-off Washington, DC. She’s working on a big story she can’t talk about, but when her source, a mysterious Brit with possible intelligence connections, runs into trouble of the worst kind, Bernie suddenly finds himself under arrest.Meanwhile Chet gets to know a powerful DC operative who may or may not have the goods on an ambitious politician. Soon Chet and Bernie are sucked into an international conspiracy, battling unfamiliar forces under the blinking red eyes of a strange bird that Chet notices from the get-go but seems to have slipped by everybody else. Most menacing of all is Barnum, a guinea pig with the fate of the nation in his tiny paws.As Harry Truman famously quipped, “If you want a friend in Washington, get a dog”; Too bad he didn’t get to meet Chet.

Spencer Quinn lives on Cape Cod with his dog Audrey, and is hard at work on the next Chet and Bernie adventure.

MY THOUGHTS – ABSOLUTELY LOVED IT

Chet and Bernie are on another road trip!  This time to visit Suzie, Chet’s next favorite human,  in Washington DC where she has a new job as a reporter for the Washington Post.  After Suzie moved, both boys have really missed her.  Pulling up to Suzie’s house, Bernie, thinks he has run right into her new interest, but when he turns up dead, there is a lot more than meets the eye.  Chet’s nose (and eyes) are right on the money when it comes to figuring out exactly what happened.

Through out the story, there are more little bits of information about the relationship between Chet and Bernie as well, as a bit of romance. There is lots of intrigue, mystery and politically maneuverings as the pair get to the bottom of a secret, possible government conspiracy and of course, the Russians are some how involved. The Chet and Bernie series are always an easy read for me and I look forward to a new one each year.

I also like the fact that Chet is now out of his element and experiencing new and exciting smells.  I always imagine my dog’s stream of consciousness being much like Chet’s.  Quinn knows dogs and it really shows in this light hearted series.  Even if you aren’t a dog lover, you will still appreciate the quality of the writing with just enough grittiness to keep this series from becoming to saccharine.  You don’t need to read these in order, but there are threads that stay consistent in each of them.


Disclosure I received this book from the publisher at no charge and in no way influenced my review.  Please note – I did purchase this book but also received an early review copy.   If you are considering purchasing this book or anything else from Amazon, please use my link above since I earn a very small percentage of the sale which helps pay for shipping my giveaways!  You can also support the blog by clicking on the ads at the top of the page.