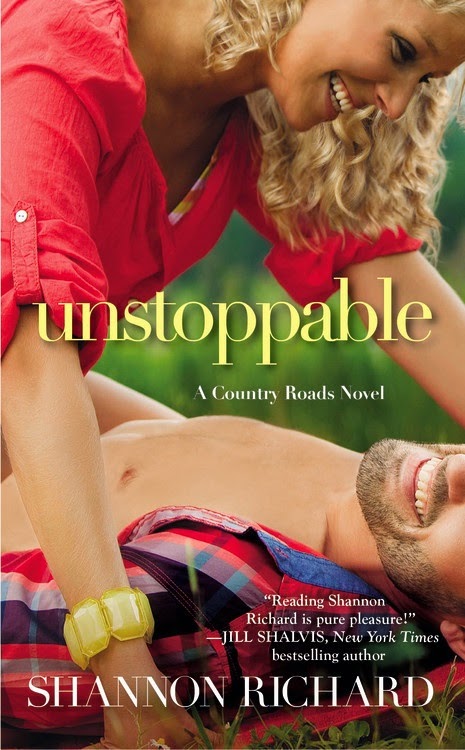 About UNSTOPPABLE
Some things you don’t dare let go . . .
Melanie O’Bryan knows life is too short to be afraid of taking chances. And former Air Force sergeant Bennett Hart is certainly worth taking a chance on. He’s agreed to help her students with a school project, but she’s hoping the handsome handyman will offer her a whole lot more. Yet despite his heated glances and teasing touches, Mel senses there’s something holding him back . . . Bennett Hart is grateful to be alive and back home in Mirabelle, Florida. Peaceful and uncomplicated-that’s all he’s looking for. Until a spunky, sexy-as-hell teacher turns his life upside down. After one smoldering kiss, Bennett feels like he’s falling without a parachute. But with memories of his past threatening to resurface, he’ll have to decide whether to keep playing it safe, or take the biggest risk of all.
Buy Links
B&N: http://bit.ly/1qEc0Y5
BAM: http://bit.ly/1nCFCl1
IndieBound: http://bit.ly/1pgVMQT
Amazon: http://amzn.to/1riD3UR
EXCERPT
Oh God, who was she kidding? She’d never felt this way about any man before. Bennett was…well, infuriating to start with, but he was brave, smart, kind, funny, intense. There was nothing like having his full attention focused on her. He gave her way more than butterflies. It was like eagles were flapping around in her stomach whenever he was around. There were no flutters. They were freaking tidal waves.
Yeah, getting over Bennett was going to be way easier said than done.
Mel headed toward the supply closet at the back of her classroom where she locked up her purse in a filling cabinet. She grabbed the key and unlocked the top drawer, pulled out her purse, and slammed the drawer shut. When she turned around Bennett was standing in the doorway. Filling it completely. Mel stopped short and stared at him. His eyes were focused on her, the determination in them making all of the thoughts vacate her brain.
“I can’t leave you alone.” He came into the room and shut the door behind him. “And I’m not playing games.” He crossed the small space. “Or at least I’m not trying to.” He shook his head. “I think about you all the time.” He stopped in front of her, took the purse out of her hands, and put it on top of the filing cabinet. Then he reached up and touched her cheek. His fingers fanned out as he pushed his hand to the back of her head and tilted her face up.
Holy hell, what is happening?
She looked into his eyes, and her knees went just a little bit weak. She reached back and planted her hands against the wall, trying to find some balance, something to keep her upright, because she really didn’t want to miss this.
“Because I am interested in you, Mel.” He cupped her face with his other hand and ran his thumb across her lower lip. “Very interested.” He leaned forward and pressed his mouth to hers.
The kiss was soft and gentle at first, just his lips against hers. He took another step into her, pushing her back. When she hit the wall she gasped, and Bennett took advantage of her open mouth. He sucked her bottom lip into his mouth, and she couldn’t stop the moan that escaped her throat.
She plastered herself up against him, against every inch of his hard body. Her arms wound around his shoulders; her hands skittered up the back of his head. She opened her mouth further and his tongue touched hers. Bennett groaned as their tongues began a thorough exploration of each other’s mouths.
His hands were at the back of her head, his fingers deftly pulling out the pins that held up her bun. And then he was unwinding her hair, his hands plunging deep into her unruly curls.
“I’ve wanted to do this for so long,” he said against her mouth. “These curls of yours drive me out of my mind.”
“What stopped you?” She nipped at his lower lip.
“Pure stupidity,” he said, as he claimed her mouth again. 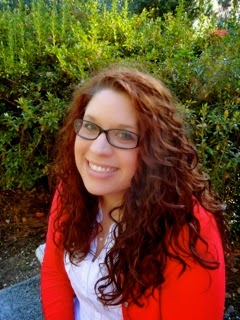 About Shannon Richard
Shannon Richard grew up in the Florida Panhandle as the baby sister of two overly protective but loving brothers. She was raised by a more than somewhat eccentric mother, a self-proclaimed vocabularist who showed her how to get lost in a book and a father who passed on his love for coffee and really loud music. She graduated from Florida State University with a BA in English Literature and still lives in Tallahassee where she battles everyday life with writing, reading, and a rant every once in a while. Okay, so the rants might happen on a regular basis. She’s still waiting for her Southern, scruffy, Mr. Darcy, and in the meantime writes love stories to indulge her overactive imagination. Oh, and she’s a pretty big fan of the whimsy.
Shannon’s social media
http://shannonrichard.net/
http://facebook.com/ShannonNRichard
@shan_richard