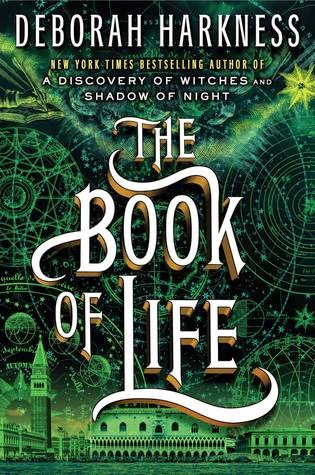 THE BOOK OF LIFE by DEBORAH HARKNESS

The highly anticipated finale to the #1 New York Timesbestselling trilogy that began with A Discovery of Witches
After traveling through time in Shadow of Night, the second book in Deborah Harkness’s enchanting series, historian and witch Diana Bishop and vampire scientist Matthew Clairmont return to the present to face new crises and old enemies. At Matthew’s ancestral home at Sept-Tours, they reunite with the cast of characters from A Discovery of Witches—with one significant exception. But the real threat to their future has yet to be revealed, and when it is, the search for Ashmole 782 and its missing pages takes on even more urgency. In the trilogy’s final volume, Harkness deepens her themes of power and passion, family and caring, past deeds and their present consequences. In ancestral homes and university laboratories, using ancient knowledge and modern science, from the hills of the Auvergne to the palaces of Venice and beyond, the couple at last learn what the witches discovered so many centuries ago.
With more than one million copies sold in the United States and appearing in thirty-eight foreign editions, A Discovery of Witches andShadow of Night have landed on all of the major bestseller lists and garnered rave reviews from countless publications. Eagerly awaited by Harkness’s legion of fans, The Book of Life brings this superbly written series to a deeply satisfying close. 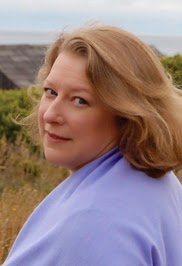 Deborah Harkness is a professor of history at the University of Southern California. She has received Fullbright, Guggenheim, and National Humanities Center fellowships, and her most recent scholarly work is The Jewel House: Elizabethan London and the Scientific Revolution. She also writes an award-winning wine blog.

My thoughts:  Abosolutely Loved It.

This is not one of my normal reviews since it is the conclusion to a series, I am leaving out most of the recap I normally provide.  There would be too many spoilers to those who would like to read the series.

Diana starts out in the first book of this series by having a “cute meet” with a vampire named Matthew.  Now before you think this is a replay of paranormal romance vampires, you better take another look at this series.  It has all of the elements of a Philippa Gregory historical with the research done by Alison Weir plus some magical elements that took me by surprise.   This is no normal novel of witches and vampires falling in love.  It has such deep roots in historical research that I had to spend some time googling a lot of things like the Ashmole 782 manuscript and checking back on my court life

The characters are also so intriguing that you fall instantly into thinking you have known Diana and Matthew forever and once you get pulled into the story (by page 28 of A Discovery of Witches for me), you will want to read this series straight through.  Just to warn you: There are a lot of characters in this series, much like Harry Potter.  When I was first handed the initial book, I tossed it aside, even though everyone in my book group, insisted it was my sort of book.  I wonder why I didn’t listen to them.  I plowed through all three books in the last three weeks.  They kept my attention during a time in my life I couldn’t concentrate on much of anything.

For those of you who have the first two books, let me say, you will not be disappointed in the conclusion.  I know after I finished the second book, I was thinking, “how could that have possibly happened? and everything comes together in a magical way.    One of my favorite things in this installment was the intrigue of court life in London during the late 1600’s.  I have obsessively read about this time period and adore how Harkness addresses it.  Elements of intrigue, some action and of course, romance balance out this wonderful story.  Now when will this be made into a film?  SWOON!

WANT TO WIN THIS AWESOME SET OF BOOKS?

The first book has been read several times, the second book is almost new and the third book is brand new.  Well, ok, I read it once.

Open to anyone with a US mailing address – PO Boxes OK!
Open only to those who can legally enter
Winning Entry will be verified prior to prize being awarded. No purchase necessary.
You must be 13 or older to enter .
The winner will be chosen by rafflecopter and announced here as well as emailed and will have 48 hours to respond or a new winner will be chosen.
This giveaway is in no way associated with Facebook, Twitter, Rafflecopter or any other entity unless otherwise specified.
The number of eligible entries received determines the odds of winning.
Giveaway was organized by BookHounds and sponsored by the publisher and me!
VOID WHERE PROHIBITED BY LAW.