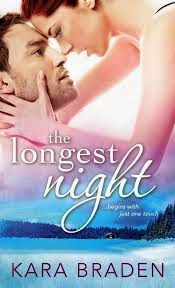 The Longest Night by Kara Braden

Discover the debut everyone’s raving about, with STARRED reviews from Publishers Weekly, Booklist, and Library Journal!

This could work, whispered the little voice in the back of her mind, the voice that had been silent for seven years…
SHE SOUGHT SOLACE IN SOLITUDE
Years ago, former Marine Captain Cecily Knight fled her dark past and the nightmares forever haunting her nights. Alone in the remote Canadian wilderness, she survives day to day…until Ian Fairchild comes storming into her life and shatters her protective seclusion.
UNTIL ONE TOUCH BARED HER SOUL
Aloof but intriguing, defensive but undeniable, Ian is everything Cecily shouldn’t want but can’t ignore. He watches her with shrewd blue eyes, as if determined to decipher her secrets…and for the first time in years, she finds herself coming alive beneath the hands of a man with too many scars to count.
As the hushed and harsh winter closes in around them, two lost souls find themselves on the precipice of a love that could save their lives…or destroy them forever.
Buy Links:
Amazon , Barnes & Noble , Books A Million , Hastings , IndieBound , Indigo , iTunes, Kobo 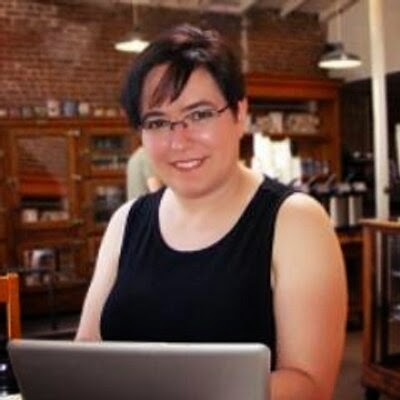 Author Bio:
Kara Braden makes her debut in modern romance with a story of love in isolation. She believes that engaging, romantic fantasy can be found everywhere in the world, even in the most unlikely places. With the support of her wonderful husband, cats, and dogs, she writes from her home office outside Phoenix, Arizona, where she spends her time hiding from the sunlight and heat.
Author Website: http://karabraden.com/
Facebook: https://www.facebook.com/karabradenauthor
Twitter: https://twitter.com/KaraBraden @KaraBraden
Pinterest: http://www.pinterest.com/KaraBraden/
Tumblr: http://karabraden.tumblr.com/
PLEASE WELCOME KARA TO BOOKHOUNDS

I grew up surrounded by books—the Hardy Boys and Nancy Drew mysteries, Anna Sewell’s Black Beauty, Walter Farley’s Black Stallion, and so on—but I’m pretty sure I read most of those with my dad. The first book I absolutely remember reading on my own was Ira Levin’s The Boys From Brazil, which I read for a book report in fifth grade, because I had no idea how wildly inappropriate it was for a fifth grader to be reading a book about a Nazi hunter tracking down clones of Adolf Hitler.

Yeah, I had a strange childhood.

Right this instant, I’m rereading a short story I wrote for my blog. It’s an outtake from The Longest Night called Free Hugs, and it’s not nearly as cheerful as the title implies—though it’s very in character for Ian and Cecily! Later tonight, though, I’ll go back to rereading For the Emperor by Sandy Mitchell.

It doesn’t. No, really. I live in Arizona, so my garden is all rocks and cacti. I do occasionally get scorpions, but I hunt them down most nights with a blacklight flashlight and a spatula.

Even if I tried to have a garden, I have three huge dogs and three cats, two of whom hang out in the backyard. I had to wrap my sapling in chicken wire to keep the youngest dog from trying to eat it. I’m pretty sure any lesser plants just wouldn’t survive!

Velociraptor claw, because I need a new necklace, and I was thinking about making one from a replica. Dinosaurs are awesome, right? So why not harness that awesome for jewelry?

Open to anyone with a US or Canadian mailing address – sorry no PO Boxes
Open only to those who can legally enter
Winning Entry will be verified prior to prize being awarded. No purchase necessary.
You must be 13 or older to enter .
The winner will be chosen by rafflecopter and announced here as well as emailed and will have 48 hours to respond or a new winner will be chosen.
This giveaway is in no way associated with Facebook, Twitter, Rafflecopter or any other entity unless otherwise specified.
The number of eligible entries received determines the odds of winning.
Giveaway was organized by BookHounds and sponsored by the publisher
VOID WHERE PROHIBITED BY LAW.