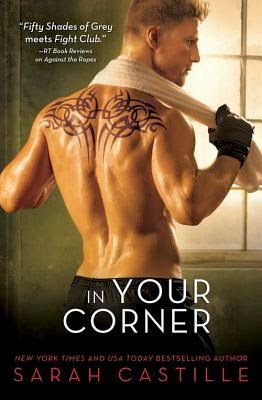 IN YOUR CORNER by SARAH CASTILLE

“You have to go. I won’t be able to control myself. I’ve wanted you so bad for so long and after I’ve been in the cage…I can’t think straight.” He gives a guttural groan and his fist clenches on my hip.

Primitive. Primal. His need speaks to me. I tighten my grip on his neck and rock up to kiss him. He takes over. His kiss is hard and demanding.

“Mine.” His voice is raw, savage and for a moment I truly believe he may lose control.

He rules in the ring

Two years ago, Jake and Amanda were going hot and heavy. But when Jake wanted more, Amanda walked away. Jake immersed himself in mixed martial arts, living life on the edge. But that didn’t dull the pain of Amanda’s rejection-until a chance encounter throws them together.

A high-powered lawyer, Amanda was a no-strings-attached kind of girl. But two years after her breakup with Jake, she still hasn’t found anyone who gets her heart pumping the way he did. And then he shows up in her boardroom, hot as sin and needing help…

But can he rule her heart?

Jake is darker, sexier, and impossible to resist. As their chemistry builds, Amanda’s not sure if she can stay in control, or if she’s finally willing to let him claim her body and soul.

With a nod to the team of receptionists, all wearing their matching navy blue and teal Farnsworth & Tillman uniforms, I check the TV monitor for the room number and then turn in to the maze of marble corridors, stilettos clacking as I head toward unlucky room thirteen.

The murmur of voices drifts up the hallway, and two men round the corner walking toward me. As they get closer, my heart lifts and then sinks.
Ray, my favorite private investigator contracted by the firm, is wearing his usual commando attire: dark khaki cargo pants and a tight gray T–shirt that highlights every plane and angle of his muscular torso. His dark hair is military short and he walks with an easy grace that belies his height. Powerful was the first word that came to mind when we met. Dangerous was the second. He catches my gaze and gives me a wink.
Beside him, in startling contrast, is Farnsworth’s protégée and my least favorite senior associate in the firm, Evil Reid, aka Reid Cravath. Evil Reid and I crossed swords the day I joined the litigation department. Unfortunately, I didn’t realize he was in charge of the weeklong induction for new associates or that I was supposed to drool over his shoes and smile when he pinched my ass. After I slapped his hand away, we fought over the last croissant at the new associate breakfast, and things quickly went downhill from there. After I turned down his offer for a quick drunken hookup in the firm sleeping pods during a firm party, I thought that was the end of it.
Unfortunately, like his mentor, Evil Reid never gives up.
Even now, as I approach, his gaze slimes over my body and his thick pink tongue darts out to lick his full lips. Evil Reid is tall, rich, handsome, suave, and…well, evil. His dark hair is thick and neatly cut. His eyes are two black holes in a broad, smooth face. Not a day goes by that someone doesn’t suffer from the bite of his sharp tongue or the seemingly inadvertent brush of his roving octopus tentacles.
Ray nods as I draw near. “Had a great time at that Giants game, Amanda. Thanks for the tickets.”
“My pleasure. Just wanted to thank you for all the great work you do for me.”
Evil Reid huffs his annoyance and stalks past without so much as a shoulder brush or ass pinch. Although I’m years away from partnership and no threat to him, he doesn’t like to be shown up. I guess he didn’t buy Ray any Giants tickets.
Moments later, I reach room thirteen. Taking a moment to compose myself, I push open the ten–foot–high door—-yet another example of the ridiculous ostentation that is Farnsworth & Tillman—-and step into the room, ready to meet the man who could make or break my career with his damned multimillion–dollar lawsuit.
Light floods across the plush, royal blue carpet through floor–to–ceiling glass windows. Dust motes dance in the sunbeam. A large mahogany table surrounded by eight black leather chairs dominates the center space. I inhale the scents of leather and furniture polish and a whiff of something else, sharp and clean like an ocean breeze.
Familiar.

To follow the tour, visit BOOKS, MOVIES, REVIEWS, OH MY! 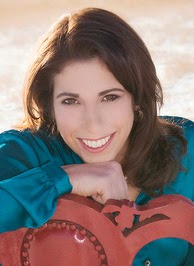 Recovering lawyer, karate practitioner, and caffeine addict, Sarah Castille worked and traveled abroad before trading her briefcase and stilettos for a handful of magic beans and a home near the Canadian Rockies. Her steamy, contemporary romantic tales feature blazingly hot alpha heroes tormented or tattooed for your reading pleasure.