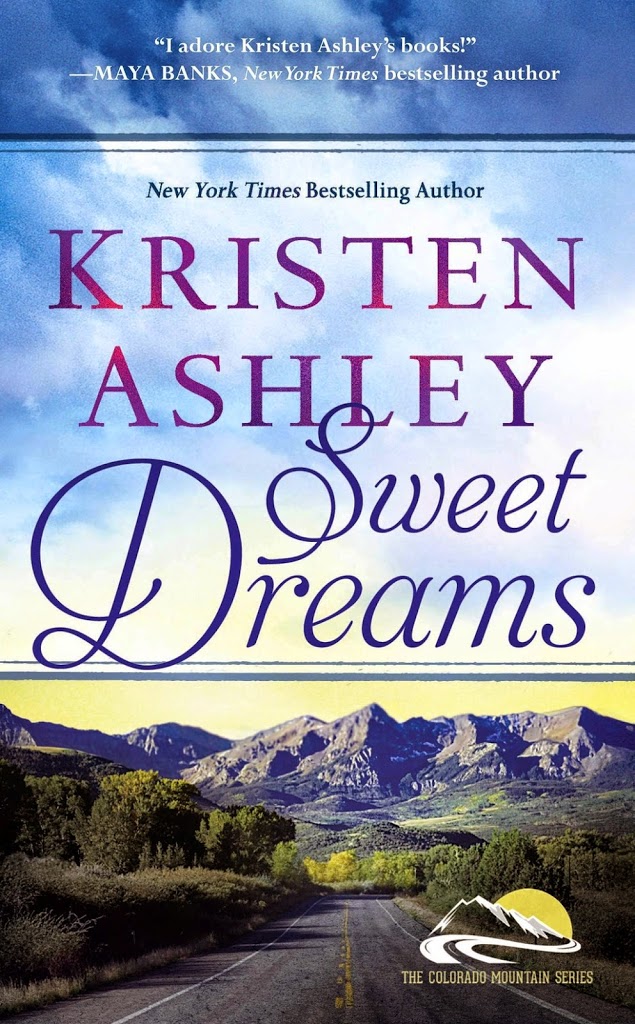 SWEET DREAMS by Kristen Ashley
(June 24, 2014; Forever Mass Market)
She’s ready for the ride of her life . . .
Lauren Grahame is looking to reinvent herself. After leaving her cheating husband, Lauren moves to Carnal, Colorado, and gets a job as a waitress in a biker bar called Bubba’s. It’s a nothing job in a nowhere joint . . . until Tatum Jackson walks in. Lauren has never seen a man with such good looks, muscles, and attitude. But when he insults her, Lauren doesn’t want anything to do with him. Too bad for Lauren he’s also the bar’s part owner and bartender.

When the rough-around-the-edges Tate meets the high-class Lauren, he thinks she won’t fit in at Bubba’s. Yet there’s more to Lauren than meets the eye, and Tate soon sets his mind on claiming her as his own. Before long, the desire burning between them is heating up the cold mountain air. But when violence strikes the town, Tate must reveal a dark secret to Lauren-one that may put an end to their sweet dreams.

Buy Links:
B&N
iTunes
IndieBound
Amazon
EXCERPT
That beautiful man’s words ricocheted around my head causing damage that was so excruciating I knew the way it was inflicted it would never, never heal.
Okay, I was forty-two, not exactly a spring chicken. Okay, I wasn’t svelte by a long shot and had a body that just couldn’t be svelte and never would even if I tried (though I could stand to take off a few pounds, or more than a few). But I wasn’t sorry-ass. And I’d lived in suburbia but I’d never liked it. I just told myself for Brad, because I loved him, that I did. But it wasn’t me and the minute I got my chance, I left.
And forty-two wasn’t eighty-five. I was over twenty years away from retirement. That was hardly old.
What a jerk!
This was my life as I wanted to lead it. This was the place I wanted to live it. I’d been on the road driving through towns and cities looking for what I needed and after four and a half months, this was the only place that felt right. And Bubba’s felt right too. Even though it wasn’t much and the people weren’t nice, it still felt right.
And I didn’t care if they didn’t like me. I didn’t care if they didn’t think I was one of them. I didn’t care that my jeans cost twice as much as theirs and my t-shirt was designer and they saw it, knew it and didn’t like it.
Fuck them. Both of them.
I walked out of the storeroom and back into the bar. I found a sheet of paper, took stock of what was needed and went back to the storeroom to search through the shelves and find it. I was on trip three and squatted down rotating bottles of Bud and Coors Light when I heard them come back.
I sucked in breath, looked up and when I did I looked right at Tate. When my eyes caught his, I watched his face change sharply and it did this with a small head jerk and wince.
He knew I’d heard him and at least that jerk had the good grace to react.
I put in the last bottles, stood, pushed the fridge door to and walked toward them both, saying, “One more trip and re-stock should be done. I made notes of what I took and I’ll mark it on your clipboard. Then I’ll wipe down the tables.”
Then I walked by them, down the hall and into the storeroom.
Fuck them.
Both of them.
I had a job to do. 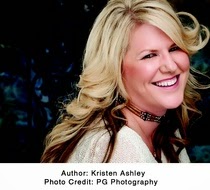 About the author:
Kristen Ashley grew up in Brownsburg, Indiana, and has lived in Denver, Colorado, and the West Country of England. Thus she has been blessed to have friends and family around the globe. Her posse is loopy (to say the least) but loopy is good when you want to write. Kristen was raised in a house with a large and multigenerational family. They lived on a very small farm in a small town in the heartland, and Kristen grew up listening to the strains of Glenn Miller, The Everly Brothers, REO Speedwagon, and Whitesnake. Needless to say, growing up in a house full of music and love was a good way to grow up.  And as she keeps growing up, it keeps getting better.
Social Media Links:
Website
Facebook
Twitter
Goodreads