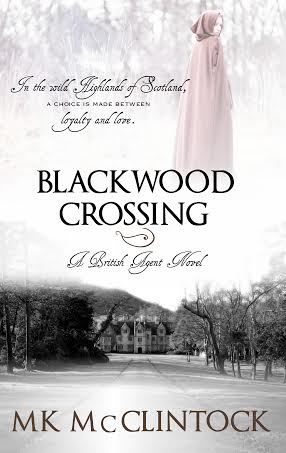 If you had to make a choice, would it be loyalty or love?

Torn between loyalty to her family and refusal to marry a laird she despises, Rhona Davidson accepts a dangerous proposal from a man she knows only as Blackwood.

Leaving behind a life of leisure, Charles Blackwood bravely serves his country with honor and the skill of a trained British agent. When his newest case returns him to the wild Highlands of Scotland, he is faced with a choice between killing a man and saving the only woman he has ever loved.

Charles and Rhona join their lives, only to discover that their choices will result in bloodshed, unless they can uncover a truth long buried, deep in the Highland soil.

“MK McClintock has spun an enchanting tale deeply entrenched in the lands of Scotland and England that will leave you riveted to your chair until you turn the last page.”

“This is a wonderful book with suspense to keep me on the edge of my seat and surprises to keep me guessing . . . a feisty heroine and a strong, gentle hero . . . My poetic soul is fed by the beautiful descriptions of nature.” – Verna Mitchell, author of Somewhere Beyond the Blue

“Ms. McClintock has written another whirlwind romance set in a historical world. I loved returning to a world with such a mesmerizing atmosphere, and I am more than eager to read Devon’s romantic story in the next British Agent Novel.” – R. Harness, Amazon reviewer

“Her writing is always top notch . . . In BLACKWOOD CROSSING, her storytelling flows with a clear plot and strong characters.” – L. Townsend, Amazon reviewer

She ignored the light rap on the door, not wishing for Wallace to see the results of her father’s anger.

“Would you like me to send him away, my lady?”

Rhona looked across the room at Emsley, her maid of three years. Her brother knocked again. “No, please let him in.”

“That won’t be necessary, Emsley. I prefer quiet tonight, but thank you.”

Emsley gathered up the dress Rhona had worn that day and answered the door. She glanced back at Rhona before stepping aside, allowing Wallace to enter. Rhona waited until the door closed behind the maid before speaking.

“I thought Father would have you occupied all evening.”

Wallace stepped toward the fire and lowered himself into the chair opposite Rhona. She kept her face turned. Though it didn’t appear it would bruise, her cheek still bore the redness from her father’s strong hand.

“He only just released me, but then I spoke with Graham.” Wallace leaned forward and using a gentle touch, turned her face. “You should have told me.”

“It would only have angered Father to have you caught in the middle.”

Wallace’s face tightened. “Has he ever done that before?”

“No, but it was bound to happen. Father and I have been at odds for years.”

“I know you stayed for me, Rhona.”

She smiled at her brother. Wallace had started at Eton when he was thirteen but returned home during all of his breaks. Rhona never wanted her brother to find himself alone for too long with Calum Davidson, but now that he was eighteen, Rhona knew she could no longer protect him.

Wallace stared into the low-burning flames. “I want to go to university, but I can’t imagine returning here after. Alistair will inherit, and I have a chance to make a life for myself.”

“You’ve decided on a course?”

Rhona slowly shook her head. “If you told Father that, I can’t imagine he’s pleased.”

Wallace grinned. “Irate is what he is. He forbade it, of course, and promised to cut me off, but I don’t care.”

Rhona scooted forward in her chair. “You’ll make a fine solicitor one day. Don’t worry about Father. Mother’s money is not for me alone.”

“I cannot take anything from you.”

“You won’t. I’m giving it to you. Mother left you enough to pay for Oxford.”

“I couldn’t, not as long as you were beholden to Father. You can make your own decisions now, without interference.”

Wallace leaned back, his lips forming a wide grin. “Father won’t like this.”

Rhona laughed, then covered her mouth. “No, he won’t.”

Wallace sobered, his eyes studying her cheek. “Promise me you won’t stay here any longer.”

Her brother’s fierce words brought her reality to the surface. She would be gone, but she would not marry Crawford. The only way to ensure that her father could not force her was to act tonight. Her plan would require her brother’s cooperation.

“Wallace, listen to me. I need to ask something of you. It won’t be easy, and I can’t explain why.”

Rhona reached out and covered his hands with her own. A few moments ago mirth had filled her mind, but now desperation clouded her heart. “Will you trust me?” 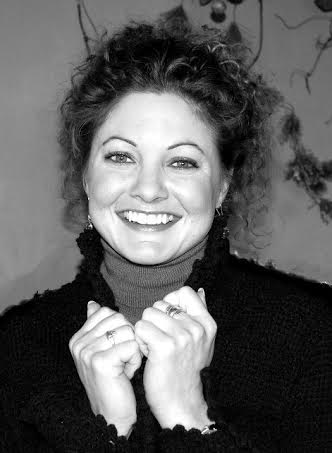 MK McClintock is an author, entrepreneur, and photographer. She enjoys spending hours walking along rivers or over mountains, loves the Scottish Highlands, and likes to put her creative energy to use in the kitchen. She dreams of a time when life was simpler, the land rougher, and the journey more rewarding. With her heart deeply rooted in the past and her mind always on adventure, McClintock lives and writes in Montana.