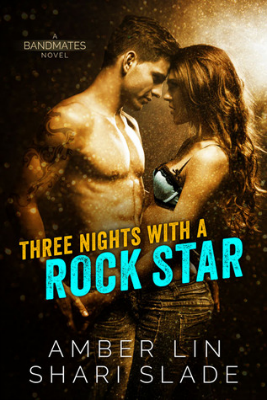 When Hailey crashes a Half-Life after party, she expects to find the bastard who knocked up her little sister. Instead she meets the sexy front-man who agrees to give her access to his crew if she gives him access to her body.

All Lock demands in return is three days of complete control over the Sunday School teacher. With a contract, because he’s been burned before. One misstep could send the band—and his tenuous sobriety—up in flames.

Hailey and Lock push each other’s limits… Against the penthouse window. Backstage. In the limo and on the elevator. But as the contract counts down, neither are ready for the party to end.

Lock managed not to jump the sexy little Sunday school teacher the second her pen left the paper. Her hand had been shaking as she’d signed, and she wasn’t ready for sex. At least not the way he did sex. So he showed her into the restroom and let her freshen up. Meanwhile he conferred with the concierge to get her bag brought up and her car moved to a VIP spot.
When she emerged from the bathroom, he knew she was ready. He knew by the fresh lipstick on her full lips and the resolved set of her chin. But most of all he knew because of the flicker of curiosity in her eyes. Under the fear, she wanted to know what came next.
He crooked his finger and beckoned her to him.
Her breathing was shallow, her cheeks flushed, and she kept running her fingers through her hair, touching herself. That long blonde hair cascaded around her face in a messy tumble. Bed head, and they hadn’t been anywhere near a bed. Wouldn’t be near one anytime soon if he had his way. Which he would. This was his show.
She tugged the hem of her short skirt so it covered a sliver more thigh, drew her shoulders back, and crossed the room, steady on her bare feet. She should be plucking daisies, not padding across the plush carpet of his penthouse suite. “Your wish is my command.”
No more preamble. If she was really going to do this, he’d know now for sure. “I’m going to fuck you against that window over there, and I’m not going to be nice about it. Do you like to hurt, Hailey?”
Her name was a weapon on his lips. A sharp thing he could use to lash her. Every time he said it, he watched her tense. This time she wobbled, her answering nod barely perceptible, her coltish legs giving way under the weight of his regard. And he liked it.
She wanted this thrill, and at the moment finding her sister’s baby daddy didn’t have much to do with it. Her eyes held wariness and guilt—but most of all, excitement. As if his proposition had jolted her awake. More awake than she’d ever been in her drowsy little East Podunk life, he’d lay money on it.
He’d woken up on stage like that, the whiskey haze parting long enough for fear to creep in, adrenaline spiking into his bloodstream as he fumbled for an instant and then…click. Everything slipping into its proper place. The music. The band. The crowd. All of it more alive, more real, brighter and sharper because he’d come so close to disaster.
Do you like to hurt, Hailey? He’d asked her, and she could only nod.
He’d hurt her so good she’d give voice to that desire before he was through. She knew it. He knew it. The subtext breathed in the air around them, a living thing, that damned contract come to life. She wants this. She wants the lurid celeb fantasy. The shock, the pulse-pounding vibrancy that only exists on the edge of a bad decision.
He’d take her there.
“Take off your clothes,” he said, a little too harshly, his urgency coming out as hard-edged gruffness.
It didn’t scare her away. She wants that too. She fingered the button of her cardigan, uncertain, and then popped them all in a rush, exposing a silver tank that dipped low over her cleavage. Fuck. Surprisingly lush curves on her willowy frame, and smooth, pale skin.
He shifted in his seat, imagining his cock between her breasts. Making them slick, squeezing them together, and thrusting, thrusting, thrusting until he came all over her neck. Jesus, he hadn’t even seen them yet. She put a hand to her throat as if she could read his mind. As if every dirty thought he’d ever had was flashing on his face. And she knew. Why was she taking so fucking long to undress? 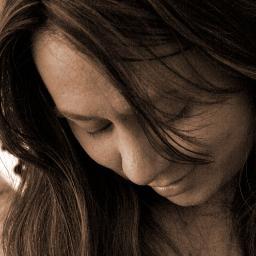 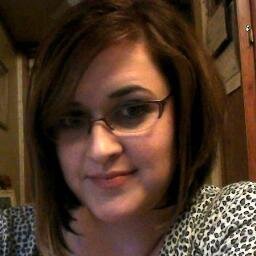 Shari Slade
Shari Slade is a snarky optimist. A would-be academic with big dreams and very little means. When she isn’t toiling away in the non-profit sector, she’s writing gritty stories about identity and people who make terrible choices in the name of love (or lust). Somehow, it all works out in the end. If she had a patronus it would be a platypus.
Website // Twitter // Facebook // Pinterest // Goodreads

Can a Sunday School Teacher rock out?

Hailey and her sister Chloe come from a broken home and they have both gained strength from the local church.  Hailey has made it through school and now teach in their preschool while she has brought up her younger sister Chloe.  Where Hailey has been on the straight and narrow, Chloe has been a wild child.   Chloe runs off with the circus hottest rock band around, Half Life, to help sell their merchandise on tour. So when Chloe comes running back home to Hailey suddenly, Hailey knows something is wrong.  Chloe admits she is pregnant and won’t admit who the father is, Hailey is determined to make that man responsible.

She finds the band and dressed in her finest revealing clothes, she waits in the lobby of the band’s hotel.  Except she looks like a preschool teacher playing dress up.   The lead singer of Half Life, picks her out and thinking this might be the guy, Hailey goes back to his room.    There things get hot and heavy quickly and it is always the quiet ones who are the loudest in bed.  Little does Hailey know that the father of Chloe’s baby is no where near this group of rockers.

With the success of Olivia Cunning’s rock star erotic series, I can only image that this genre will be fully reaped.  I mean, who doesn’t fantasize about rock stars?  Over all it was a good, quick and dirty read, perfect for the beach.  Each band member will have a book devoted to their story, so this series could prove to be very interesting. My only quibble was that there is a bit more background to the members of the rock group.  The introduction these guys get is really wham-bam-thank-you-ma’am. I could have used a bit more detail on the band.