The Lemon Orchard by Luanne Rice 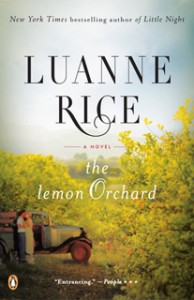 Year after year, Luanne Rice’s fans eagerly await her next book. Their enthusiasm is soon to be rewarded with The Lemon Orchard, Rice’s romantic new love story between two people from seemingly different worlds.

In the five years since Julia last visited her aunt and uncle’s home in Malibu, her life has been turned upside down by her daughter’s death. She expects to find nothing more than peace and solitude as she house-sits with only her dog, Bonnie, for company. But she finds herself drawn to the handsome man who oversees the lemon orchard. Roberto expertly tends the trees, using the money to support his extended Mexican family. What connection could these two people share? The answer comes as Roberto reveals the heartbreaking story of his own loss—a pain Julia knows all too well, but for one striking difference: Roberto’s daughter was lost but never found. And despite the odds he cannot bear to give up hope.

Set in the sea and citrus-scented air of the breathtaking Santa Monica Mountains, The Lemon Orchard is an affirming story about the redemptive power of compassion and the kind of love that seems to find us when we need it most. 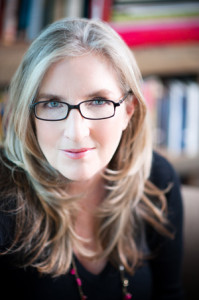 Luanne Rice is the author of thirty-one novels including many New York Times bestsellers. Five of her books have been made into movies and mini-series, and her work has been featured at Hartford Stage in Hartford, Connecticut, the Geffen Playhouse in Los Angeles, California, and in several off-Broadway theatre productions. She divides her time between New York City and the Connecticut shoreline. 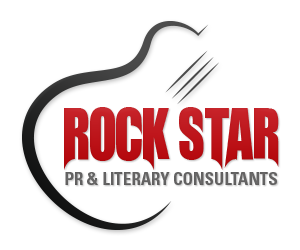