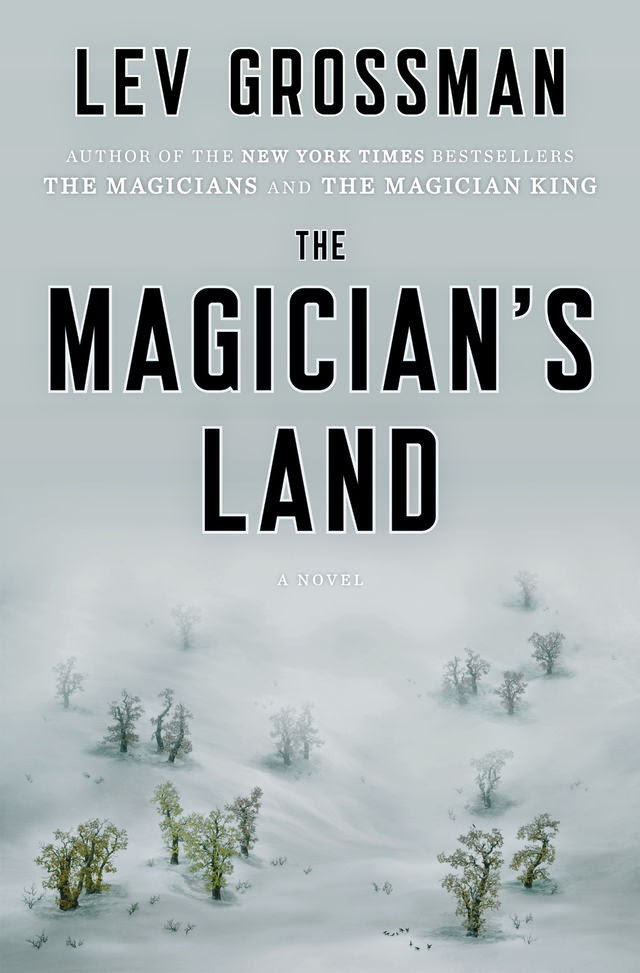 Would You Like to Be in a Trailer for The Magician’s Land With a Bunch of Famous Writers?

I’m serious. This is not a theoretical question.

click HERE for all of the details
This ends on Friday, so hurry!
Here’s the idea: I’m going to put together a video of the first few paragraphs ofThe Magician’s Land being read aloud. But I’m not going to read them. You’re going to read them.
It works like this. I’ve split the reading up into individual sentences. They’re at the bottom of this blog post. Each sentence needs a reader. If you’re up for it, pick a sentence and make a video of yourself reading it aloud and then send the video to me at themagiciansland@gmail.com. (I recommend using wetransfer.comfor files over 25 MB). When we’ve got all the sentences covered, an actual video editor will stitch the videos together and make it all look pretty. The result: a crowdsourced book trailer.
Boom. Pretty simple, really. But there’s also a twist. And a catch.
The twist is that I’ve asked some of my writer-friends to read sentences too. There’s going to be some cameos. I’ll announce names in a couple of weeks, but I think it’s fair to say that these are writers whom you know and love. I certainly know and love them. They’re definitely the sort of people one wants to be in a trailer with.
The catch is that I’ve got a limited number of sentences to go round. I don’t know how many people are going to want to do this, but we’ll probably end up having to make some choices about which videos to use. So think about fun/creative ways to do your reading. You could read in a tree. Or in costume. Or underwater. You could act out your sentence, or sing it, or make an animated short out of it. Not that any of this is mandatory, but fair warning: if we get a lot of submissions we’ll probably use the funnest ones first.
If you’d like to be part of this, scroll down for a list of the sentences to choose from. We’re going to try to wrap up production by June 1, so send your videos in before then.
That e-mail address again: themagiciansland@gmail.com.
And here are the sentences that need reading. The ones in brackets have already been claimed for a Celebrity Writer Cameo, so just choose from the non-bracketed ones:
[1. The letter had said to meet in a bookstore.]
2. It wasn’t much of a night for it: early March, drizzling and cold but not quite cold enough for snow.
3. It wasn’t much of a bookstore either.
4. Quentin spent fifteen minutes watching it from a bus shelter at the edge of the empty parking lot, rain drumming on the plastic roof and making the asphalt shine in the streetlights.
[5. Not one of your charming, quirky bookstores, with a ginger cat on the windowsill and an eccentric, bewhiskered proprietor behind the counter.]
6. This was just another strip-mall outpost of a struggling chain, squeezed in between a nail salon and a party City, twenty minutes outside Hackensack on the New Jersey turnpike.
7. The cashier didn’t look up from his phone when the door jingled.
[8. Inside you could still hear the noise of cars on the wet road, like long strips of paper tearing, one after another.]
[9. The only unexpected touch was a wire bird-cage in one corner, but where you would have expected a parrot or a cockatoo inside there was a fat blue- black bird instead.]
10. That’s how un-charming this store was: it had a crow in a cage.
[11. Quentin didn’t care.]
[12. It was a bookstore, and he felt at home in book-stores, and he hadn’t had that feeling much lately.]
13. He pushed his way back through the racks of greeting cards and cat calendars, back to where the actual books were, his glasses steaming up and his coat dripping on the thin carpet.
[14. It didn’t matter where you were, if you were in a room full of books you were at least halfway home.]
15. The store should have been empty, coming up on nine o’clock on a cold rainy Thursday night, but instead it was half full of people.
[16. They browsed the shelves silently, each one on his or her own, slowly wandering the aisles like sleepwalkers.]
[17. A jewel-faced girl with a pixie cut was reading Dante in Italian.]
[18. A tall boy with large curious eyes who couldn’t have been older than sixteen was absorbed in a tom Stoppard play.]
[19. A middle-aged black man with elfin cheekbones stood staring at the biographies through thick, iridescent glasses.]
[20. You would almost have thought they’d come there to buy books.]
[21. But Quentin knew better.]
p.s. By the way this whole idea was inspired by an amazing project called Star Wars Uncut which is really worth checking out, and might be useful if you’re looking for inspiration