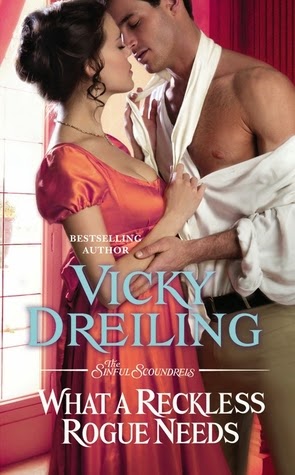 Publication Date: March 25, 2014
Series: The Sinful Scoundrels #2
WILL THE ROGUE’S PERFECT PLAN . . .Colin Brockhurst, Earl of Ravenshire, has no desire to wed, this season or any other. So when his father demands he give up his wild ways and take a wife, Colin refuses. But his father raises the stakes and threatens to sell the ancestral home if Colin doesn’t comply. Now Colin has no choice but to find a wife. Unfortunately, the only woman he wants is the one whose heart he broke years ago.

LEAD TO THE PERFECT SEDUCTION?

Regardless of the ton‘s whispers, Lady Angeline Brenham won’t settle for anything less than true love. After rejecting more than her share of suitable suitors, spinsterhood looms before her-until the devilishly handsome Colin reappears in her life with a proposition. Angeline vows to keep her feet on the ground and her heart in check. That is, until one searing kiss melts her resolve and reignites a burning desire for more . . . 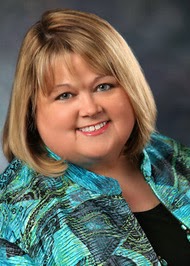 About the Author
Triple RITA finalist Vicky Dreiling is a confirmed historical romance junkie and Anglophile. Frequent business trips to the UK allowed her to indulge her passion for all things Regency England. Bath, Stonehenge, and Spencer House are among her favorite places. She is, however, truly sorry for accidentally setting off a security alarm in Windsor Castle. That unfortunate incident led her British colleagues to nickname her “Trouble.” Vicky is a native Texan and holds degrees in English literature and marketing.
Website – Twitter  – Facebook – Pinterest – Goodreads  – Amazon Author Page

PLEASE WELCOME VICKY TO BOOKHOUNDS
Fictional Fur Friends
WHAT A RECKLESS ROGUE NEEDS
While writing WHAT A RECKLESS ROGUE NEEDS, I realized that several of my books include pets. To be honest, I’m a pantser, meaning I don’t do a lot of plotting. Ideas pop into my head and I trust my gut instincts. Yet, it occurred to me that the pets in my historical novels play important roles in the lives of my heroes and heroines. My previous novels include two King Charles Spaniels (affectionally named Byron and Caro!), a kitten who squeaks (modeled after my son’s squeaky cat), and a Collie who is afraid of thunder. Often the pets are a source of humor, but they also help us see the potential for tenderness in the hero.
In my newest release, the hero Colin Brockhurst, Earl of Ravenshire returns to his father’s house after a lengthy absence. When Colin greets his twin half-sisters, he learns that they have acquired a new dog that they named Hercules. Colin assumes this must be a big dog, but as it turns out, Hercules is only a small puppy and in dire need of training. I did some research into the types of dogs that might have been around in the early nineteenth century. I learned that William and Mary brought pugs from Holland to England in 1688.
I have to admit I had a soft spot for the fictional Hercules. He got into quite a bit of mischief in the book and created more than a little chaos. Here’s a scene from WHAT A RECKLESS ROGUE NEEDS that I had fun writing.


EXCERPT
Colin had just sat down with a plate of baked eggs, bacon, and a roll when he heard his father shout outside the dining room. “I’d better investigate,” he said.
Naturally, everyone at the table followed him into the great hall where the marquess stood holding the funniest-looking puppy Colin had ever clapped eyes on. It was a wrinkly pug with a black snout.
“Bianca, Bernadette!” the marquess roared.
The twins padded into the great hall with widened eyes. Colin suspected his sisters had perfected their innocent expressions.
The pug wriggled in the marquess’s hands. “Be still, animal.”
“Oh, Papa,” Bianca cried. “You found Hercules.”
“In the water closet,” the marquess shouted.
Angeline walked up beside Colin. “Oh, dear, your father is overset,” she said under her breath.
Hercules licked the marquess’s hand.
Colin covered his grin at the affronted expression on his father’s face.
“This animal is an abomination,” the marquess said.
Colin approached his father and tried to ignore the distinctive odor of urine. “Father, are you all right?”
“Do I look all right? This sorry excuse for a dog ruined my boots.” He looked over his shoulder. “Ames!”
The butler strode into the hall.
“Throw this disgusting canine into the dustbin,” the marquess demanded.
“Nooooooo,” the twins cried out simultaneously.
Margaret gathered the girls in her arms. “Hush, Papa will not throw Hercules in the dustbin.”
“Oh, yes, I will!”
Fat tears welled in Bianca’s and Bernadette’s eyes.
Colin folded his arms over his chest, knowing his gruff father wouldn’t be able to withstand their tears. Doubtless the twins knew precisely how to manipulate him.
Ames held out his hands for the dog.
The marquess narrowed his eyes at his daughters. “He stays in the kitchen. I do not want to see him above stairs ever again or he goes. Do I make myself understood?”
Bianca and Bernadette ran to the marquess and hugged him. “Oh, Papa, thank you,” Bianca said, sniffing.
Bernadette brushed her finger under her eye. Colin was fairly certain it wasn’t a tear, but he must credit his sisters for their theatrical performance.
The marquess patted his daughters awkwardly and addressed Ames. “The water closet floor needs to be cleaned.”
“Yes, my lord.”
The marquess sat on a chair, removed his boots, and signaled a footman. “The smell will never come out. Burn them.”
“Yes, my lord.”
The twins volunteered to take Hercules to the kitchen. Colin suspected they would sneak the pug to their room at the first opportunity.
“Colin, we will meet in my study in thirty minutes,” the marquess said.
He inclined his head and thought his father looked rather undignified as he walked up the steps in his stockings.
I hope readers enjoyed this look into my characters’ fictional fur friends. To read another excerpt of WHAT A RECKLESS ROGUE NEEDS, click on this link: http://www.vickydreiling.com/blog/?p=2029
In loving memory of Buttercup.


SOURCE:  PUBLISHER
MY THOUGHTS
ABSOLUTELY LOVED IT
Colin has misspent his youth on drink and wicked women and now must pay the price when his family home is being sold out from under him.  He always assumed he would inherit the property where his mother is buried but his father believes that he is not serious about settling down.  When Colin makes every excuse not to find a wife, his father gives him a deadline to find a wife or the property will be sold within six weeks.  His father has since remarried and now the father of twin girls, Bianca and Bernadette, and with his stepmother, Margaret, live on the neighboring estate.
Angeline has known Colin since childhood and had been at odds with him ever since.  Now that she has broken off her engagement to a scoundrel, she is shunned and now looking at life as a spinster.  Her real sorrow at the whole mess means that her little sister, Penny, won’t have a proper debut, even though her father is an earl.  At a house party, Colin and Angeline are thrown together and decide to make the best of a bad situation.  She decides to help Colin take inventory of the house and with her skill and eye for design, the two actually talk instead of bait each other.
Both are in need of marriage, Colin to inherit and Angeline to repair her reputation, but Angeline will not marry just anyone. She wants to have love and even though she realizes that it may not be there at first, she decides to work for it.  Colin doesn’t even realize how much he adores Angeline until it is almost too late.  SIGH!  They develop a connection that seems natural and full of chemistry.   This was a fast read for me and I didn’t want to put it down.  It had a lot of humor, a bit of drama and that HEA that I crave.  Of course, a dog mixed in the plot with a little pug named Hercules.  Again, Dreiling has outdone herself creating likable characters with a plot that makes reading a pleasure.
More, please.  I really want to read about the twins but I know the next one will be Colin’s friend, Harry in WHAT A DEVILISH DUKE DESIRES.  And, yes, I read every word in that excerpt since I didn’t want the story to end.

WANT TO WIN A COPY OF THIS BOOK ?
Ends 3/25/14
Open to anyone with a US address (sorry no PO Boxes)
Open only to those who can legally enter
Winning Entry will be verified prior to prize being awarded. No purchase necessary.
You must be 13 or older to enter .
The winner will be chosen by rafflecopter and announced here as well as emailed and will have 48 hours to respond or a new winner will be chosen.
This giveaway is in no way associated with Facebook, Twitter, Rafflecopter or any other entity unless otherwise specified.
The number of eligible entries received determines the odds of winning.
Giveaway was organized by BookHounds and sponsored by the publisher .
VOID WHERE PROHIBITED BY LAW.