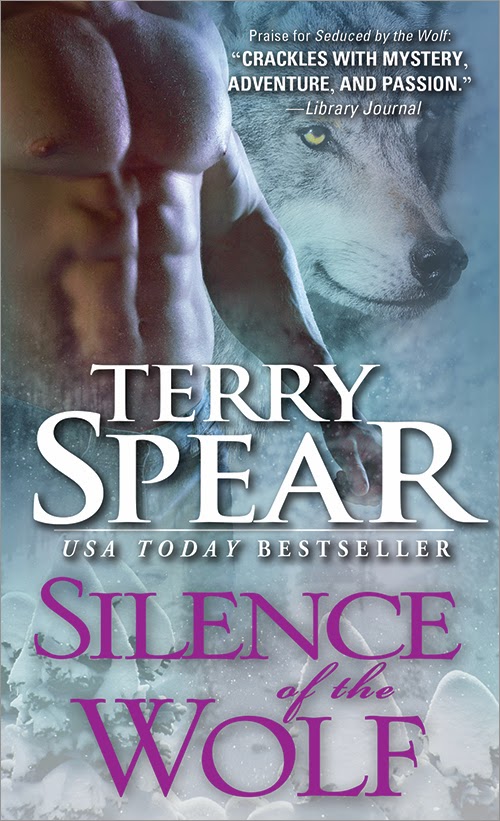 SILENCE OF THE WOLF BY TERRY SPEAR – IN STORES MARCH 2014

Life For the Silver Pack Just Got Wilder…
Elizabeth Wildwood has been a longer all her life, ostracized because of her “mixed” half-wolf, half-coyote blood. When she ventures into gray wolf territory on a dangerous quest of her own and his thrown together with the sexiest shifter she’s ever met she begins to wish for the first time that she could be part of a family.
When this unusual shifter female comes into his pack’s territory, it’s Tom Silver’s job to protect her—if only she would let him.
Praise for Silence of the Wolf:
“The outstanding and gripping plot of Spear’s latest installment in the Heart of the Wolf series will appeal to paranormal fans, and romance junkies will take delight in the red-hot love story embedded within.” —RT Book Reviews, 4 Stars
To purchase Silence of the Wolf:
Amazon
Barnes and Noble
Books-a-Million
Chapters/Indigo
Indiebound
iBooks
Sourcebooks 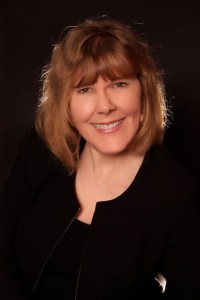 ABOUT THE AUTHOR
USA Today bestselling author Terry Spear has written over two dozen paranormal romance novels and two medieval Highland historical romances. Her 2008 novel, Heart of the Wolf, was named a Publishers Weekly Best Book of the Year (romance category). A retired officer of the U.S. Army Reserves, Terry creates award-winning teddy bears that have found homes all over the world. She lives in Texas. For more information, please visit http://terryspear.com/

Terry: If I tell you what it is, it wouldn’t be secret. J But truly at one time, creating stories was a secret talent. When I first started, all we had were typewriters, no computers, word processing programs, no Internet. So for a long time, until a publisher picked up one of my stories, they were a secret, you see. Nobody knew they existed. Nobody knew I was a writer. Now, I can tell the world I have a story coming, show off a beautiful cover like the one for Silence of the Wolf, tell the whole wide world way before the actual book comes out through all the social networking sites and my blogs. So now, the secret is out.

Terry: If I’m playing music while I’m writing a book, and then listen to that music later on, I will automatically think of the book. A song in and of itself doesn’t otherwise. Although I’ve mentioned a few titles of songs that are cute in regard to wolves or jaguars—for ringtones on the wolves’ or jaguars’ phones. “What’s New Pussycat,” by Tom Jones, there’s a jaguar fight song for a university, and “Lil Red Riding Hood” by Sam the Sham and the Pharoahs.

I often listen to Celtic music, or adventure/fantasy CDs that have a lot of action, like Alexander, the Bourne series, etc. I can’t listen to anything with lyrics as I might just write the words into the scene by accident.

Terry: Action scenes and dialogue are the easiest scenes to write. So when Tom’s up on the slope with the she-wolf, it’s easy. I did do a lot of research about ski slopes, though I skied for several years, so that slows me down sometimes. In the one scene, she ends up on a black diamond slope, the expert. That happened to me once. I had a devil of a time getting down the steep moguls without breaking my neck. I was an intermediate skier, but we only went once a year so I never was able to really get any better than that. So I could feel her trepidation when she was up there.

Once they were up on the slopes and Tom was trying to show the whole pack that he was “with” the woman, and everyone else, paws off, I was having a blast. The funny thing when I’m writing a book is that it’s often the wrong season for the book I’m writing. It was hot when I was writing Silence of the Wolf. It’s winter and freezing and I’m writing Jaguar Pride in the hot steamy rainforest in Costa Rica. So when that happens, doing a lot of research helps to set me in the right place at the right time. I love first meetings, so they’re always easy too. This is the 13th book in the series, so each has to be really different from the others. I love the banter back and forth between the characters. I love the family interaction because wolves in wolf packs do interact as family.

Terry: I have a whole wolf pack hanging about. Seriously. A few jaguar shifters too. J I have a road runner that has made a home of my place, cardinals, and a few horned lizards. I’ve had dogs and cats over the years, but after I lost my last standard poodle, I’ve been traveling and so am cultivating the wildlife for now. I had fun reading another author’s blog and a couple of fans
keep me posted about their wildlife, and so I finally got a bunch of birdfeeders so I could take pictures of the birds. But you know what? I have very little patience. All that great birdseed and no birds. The birds are there. Tons of them. Lots of songbirds. But at least at the writing of this interview, they’re in hiding. Maybe by the time this comes out, my birds will be all over the feeders and I can share. I love to take pictures of wildlife, so I’d hoped to take pictures of the birds that live here with me. Hopefully, they’re not just imaginary. J

WANT TO WIN A COPY OF THIS BOOK ?
Ends 3/15/14
Open to anyone with a US or Canadian address (sorry no PO Boxes)
Open only to those who can legally enter
Winning Entry will be verified prior to prize being awarded. No purchase necessary.
You must be 13 or older to enter .
The winner will be chosen by rafflecopter and announced here as well as emailed and will have 48 hours to respond or a new winner will be chosen.
This giveaway is in no way associated with Facebook, Twitter, Rafflecopter or any other entity unless otherwise specified.
The number of eligible entries received determines the odds of winning.
Giveaway was organized by BookHounds and sponsored by the author.
VOID WHERE PROHIBITED BY LAW.