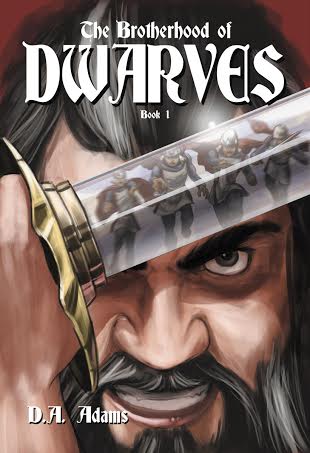 The Brotherhood of Dwarves

The dwarven saga begins…
Roskin, heir to the throne of a remote, peaceful kingdom of dwarves, craves excitement and adventure. Outside his own kingdom, in search of fortune and glory, he finds a much different world, one divided by racial strife and overrun by war. The orcs to the south want to conquer all dwarves and sell them as slaves. The humans to the east want to control the world’s resources.
Caught in the middle, Roskin finds himself chased by slave traders and soldiers alike as he discovers that friendship is the best fortune of all. Just when he thinks he has triumphed, an act of betrayal sends him into bondage. His only hope of escape is the faltering courage of a disgraced warrior whose best days are behind him… 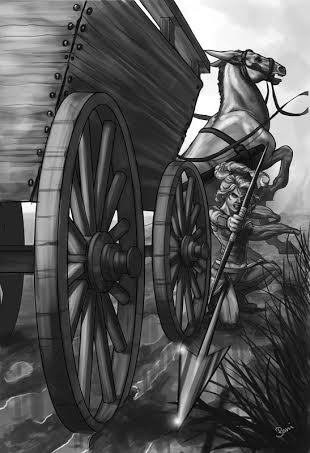 Praise for The Brotherhood of the Dwarves

“D.A. Adams puts together a story that I found myself reading from start to finish in less than a day”- Watch Play Read

“This story of self discovery is a fine read and I very much appreciate that the character focus is on dwarves. No cookie cutter, young, perfect characters. Real, genuine and unique.” – Jess Resides Here

“If you love intricate world-building, I’m sure you’ll enjoy this book. If you like action and adventure, swords and arrows and more, you’ll love it too. And if you’re eager to see those working-class dwarves take a stand, this has to be the series for you.” – Sheila Deeth Blog 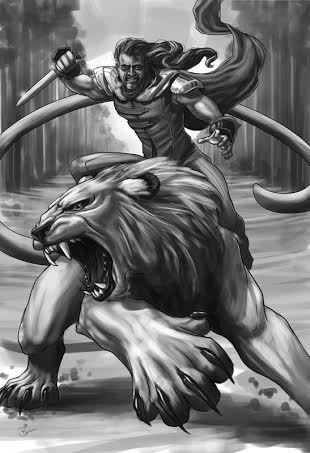 Excerpt from The Brotherhood of Dwarves

On his twenty second birthday, Roskin was summoned to his father’s private study, a room high in the palace where the king would spend his evening hours with a book or a pen. Roskin had rarely been inside the study, but he had always been fond of the dark mahogany desk that faced the Hall of Gronwheil and the gray marble bookshelves that were lined with volumes of history, lore, and poetry. Roskin’sfavorite was the oil canvas of his mother that hung with the other family portraits.

He had a similar painting in his bedroom but preferred this one because the artist had more fiercely captured the wildness of her eyes. As he entered the study, Roskin stopped beside the painting and stared.

“She was magnificent,” his father said, standing from behind the desk and moving toward his son. “But she wasn’t happy here.”

“I know,” Roskin said, looking away from the painting. He often wondered why she had never attempted to visit him, and each year on his birthday he would hope all day that she would remember him and arrive at the palace.

“You also have trouble with our ways.”

King Kraganere laughed and hugged his son. “Do not apologize for who you are. You can’t help your feelings. A person should be measured by their actions.”

The two sat by the window, staring into the perpetual night of the underground city, darkness bbroken only by torches and the faint glow on the fields outside of town. As they watched people move towards the bentrance to the symphony hall, on their way for the evening concert, Roskin wanted to reassure his father that he loved the city and the people, subjects who would one day bind themselves to him without question.

He did love them, but the love was drowning in a fear he could not place.

“I want you to update the maps of our kingdom,” the king spoke after a long silence. “They are old and missing information.”

“I will start tomorrow morning at the Hall, beforelecture.”

“To be accurate, you must see what you are mapping.”

“We have good maps of Dorkhun.”

“Yes, we do, but the rest of the kingdom is poorly recorded. I think you can do better.”

“But I’m supposed to study the Fifth Kingdom from Master Hinkroh this session and finish my songs for the festival.”

“You need a change, something to help you relax. A little travel helps me.”

“I have never complained about my duty, sir,” Roskin said, suddenly afraid that this was a test.

“This is your assignment. Map the whole kingdom from the River of Fire to Erycke’s Tomb to the Kireghegon Halls of the great peak. There is no argument. The maps must be complete before you take your place on the council.”

“I cannot join the council until I finish school, at least five more years.”

“Do not question my orders. You have your duty. I expect not to see you in the morning.”

After that, the king returned to business, and Roskin went to his room, packed for the journey, and then said goodbye to his friends, siblings, and stepmother. 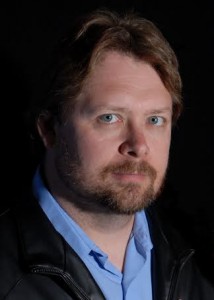 D.A. Adams was born in Florida but was raised in East Tennessee. He received a Master of Arts in Writing from the University of Memphis in 1999 and has taught college English for over a decade. His first novel, The Brotherhood of Dwarves, was released in 2005 and has been described as a solid, honest work about camaraderie, bravery, and sacrifice, a very personal journey, more interested in the ways that a person is changed by life’s events than in epic battles and high magic. In 2008, the sequel, Red Sky at Dawn, was released to the exaltation that this novel thunders along, at times with dizzying speed. The action is visceral and imaginative without being gratuitous. Book three, The Fall of Dorkhun, came out in 2011, followed by book four, Between Dark and Light, in 2012.
In terms of writing style, Adams exhibits an effortless narrative voice and a masterful balance between richly detailed descriptions and tightly worded minimalism. The pacing of his stories is breathtaking, with relentless action and captivating plot twists that keep readers riveted page after page. But his true talent as a writer lies in character development. Readers find themselves empathizing with, fearing for, and cheering on the characters as they overcome their personal shortcomings and grow as fully rendered individuals.
Adams is also the father of two wonderful sons and, despite his professional accomplishments, maintains that they are his greatest achievement in life. He resides in East Tennessee. 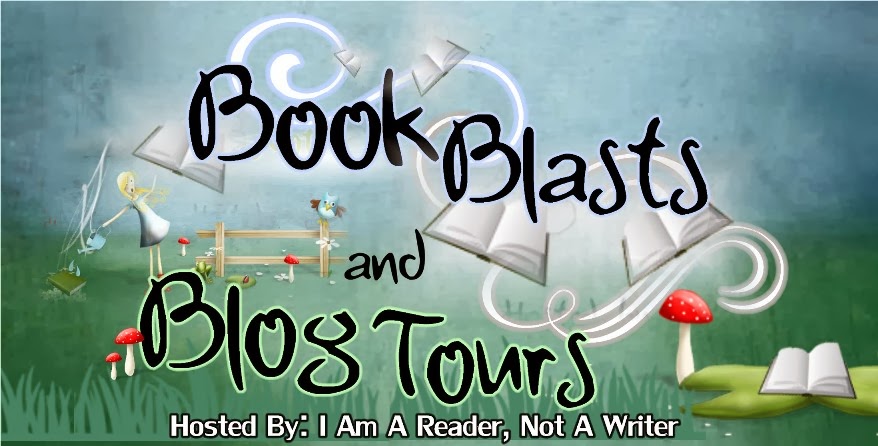