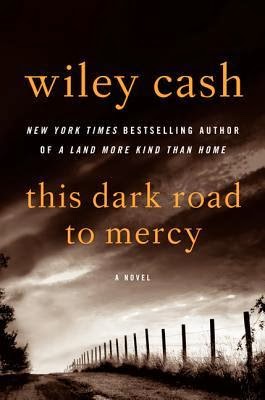 The critically acclaimed author of the New York Times bestseller A Land More Kind Than Home—hailed as “a powerfully moving debut that reads as if Cormac McCarthy decided to rewrite Harper Lee’s To Kill a Mockingbird” (Richmond Times Dispatch)—returns with a resonant novel of love and atonement, blood and vengeance, set in western North Carolina, involving two young sisters, a wayward father, and an enemy determined to see him pay for his sins.
After their mother’s unexpected death, twelve-year-old Easter and her six-year-old sister Ruby are adjusting to life in foster care when their errant father, Wade, suddenly appears. Since Wade signed away his legal rights, the only way he can get his daughters back is to steal them away in the night.
Brady Weller, the girls’ court-appointed guardian, begins looking for Wade, and he quickly turns up unsettling information linking Wade to a recent armored car heist, one with a whopping $14.5 million missing. But Brady Weller isn’t the only one hunting the desperate father. Robert Pruitt, a shady and mercurial man nursing a years-old vendetta, is also determined to find Wade and claim his due.
Narrated by a trio of alternating voices, This Dark Road to Mercy is a story about the indelible power of family and the primal desire to outrun a past that refuses to let go.

Wiley Cash is the award-winning and New York Times bestselling author of A Land More Kind Than Home. A native of North Carolina, he has a Ph.D. in English from the University of Louisiana-Lafayette. He has held residency positions at Yaddo and the MacDowell Colony and teaches in the low-residency MFA program at Southern New Hampshire University. He and his wife live in Wilmington, North Carolina.

I found I really liked Cash’s second novel, set against the backdrop of the late summer run of Mark Mcgwire and Sammy Sosa’s race to homerun history. It begins and ends as Easter and Ruby’s story, sisters who have lost their mother and whose father has given up all rights to them. Their father, Wade, appears to be well aware of their presence in the foster care system and shows up one night to take them away. What Cash really excels at is his descriptions of both the time period and the South. On the road, in hotels rooms, at a carnival–the places come alive with Easter’s accounts. Even her limited knowledge of her daddy’s past help round out his character. And while I kind of wished it was just Easter’s story, the alternating narrators are necessary or we would lose our overview of Wade and Pruitt’s game of cat and mouse. Although it took me awhile to get into the story, it seemed to play out just as it should by the end.