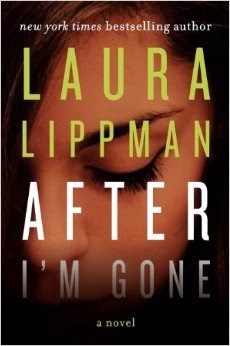 Laura Lippman, the acclaimed New York Times bestselling author of The Most Dangerous Thing, I’d Know You Anywhere, and What the Dead Know, returns with an addictive story that explores how one man’s disappearance echoes through the lives of the wife, mistress, and daughters he left behind.
When Felix Brewer meets Bernadette “Bambi” Gottschalk at a Valentine’s Dance in 1959, he charms her with wild promises, some of which he actually keeps. Thanks to his lucrative—if not all legal—businesses, she and their three little girls live in luxury. But on the Fourth of July, 1976, Bambi’s comfortable world implodes when Felix, newly convicted and facing prison, mysteriously vanishes.
Though Bambi has no idea where her husband—or his money—might be, she suspects one woman does: his mistress, Julie. When Julie disappears ten years to the day that Felix went on the lam, everyone assumes she’s left to join her old lover—until her remains are eventually found.
Now, twenty-six years after Julie went missing, Roberto “Sandy” Sanchez, a retired Baltimore detective working cold cases for some extra cash, is investigating her murder. What he discovers is a tangled web stretching over three decades that connects five intriguing women. And at the center is the missing man Felix Brewer.
Somewhere between the secrets and lies connecting past and present, Sandy will find the truth. And when he does, no one will ever be the same.

Since her debut in 1997, Laura Lippman has been heralded for her thoughtful, timely crime novels set in her beloved hometown of Baltimore. She is the author of twenty works of fiction, including eleven Tess Monaghan mysteries. She lives in Baltimore, New Orleans, and New York City with her family.

I really enjoyed Lippman’s stand alone mystery, with Robert (Sandy)Sanchez, a newly widowed police detective, biding his time pre-retirement, catching cold cases. Chapters alternate between Sandy in the present day, and those of the family of Felix Brewer, a low level bookie type who went on the lam rather than serve prison time. The women in his life, from wife Bambi, their three daughters and his mistress Julie, are all emotionally invested in Felix, even when he’s not in their life as a constant presence. Sandy proves to be an engaging character as he seeks out each of these players, while piecing together the clues of a body found in the woods almost two decades after Felix’s disappearance. Lippman writes all of these characters so well, and each hurdle they face as the years go on, with no word from Felix, made me want to read as quickly as possible to the conclusion.