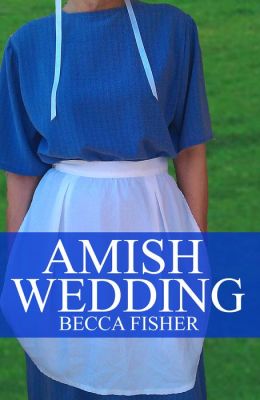 This boxed set features all six books in the Amish Wedding series including:
Amish Wedding
Rebecca Lapp has her life back together after a tough break up. She’s found a new man and is finally happy once again. But when her ex comes back into town wanting her back, Rebecca will be forced to make a decision that will change her life forever.
An Amish Widower’s Heart
Two years after Henry King loses his wife in a freak accident, he’s still trying to cobble his life back together. But he knows that if he doesn’t stop lingering on the past, he’ll have no future. But can he love again? And just how far is the journey back to happiness?
The Amish Late Bloomer
Almost all of Elizabeth Stoltz’s friends are married with kids. Elizabeth meanwhile finds herself back on the dating scene again after a crushing heartbreak. And she quickly finds out that being single at twenty-one year old leaves few options for finding the perfect guy. But Elizabeth is determined to find the love of her life. Will Elizabeth be able to find the love she’s been looking her whole life for, is it already too little too late for her?
Beachy Amish Romance
After a rough break up, Benjamin Stoltz moves from Lancaster to the Florida Amish community of Pinecraft looking for a fresh start. But Benjamin soon realizes that finding romance in Florida has some unique problems of its own.
This Side Of Heaven
Mary Stoltz has a clear idea in her head of what she wants her dream man to be like. But her romantic reality has fallen far short of her dreams. Not to mention she is at the tail end of her rumspringa with seemingly not a single good suitor in sight. But when Mary finally meets a handsome and interesting man, will her love life finally live up to the dreams in her head?
Amish Homecoming
David Lapp has his rumspringa in the city cut short when he finds out that his mother has been in an accident. But when he returns to Lancaster to take care of her, secrets from the past come to light that will change the direction of his life forever.

Amazon * Barnes & Noble
Praise for The Complete Amish Wedding Series
“I had trouble putting the book down. I enjoy the stories about the trials in their lives and the way they rise above them with a little assistance from Gott. Nice clean romances are a great to get away and relax. Thank you for the Great read.” ~Teresa Thornock (Goodreads)
Excerpt

“I don’t ever want this moment to end,” Hannah King said.
“Neither do I,” Henry King replied.
It was a brisk fall day. The kind that made you want to snuggle close to someone you loved. For Hannah and Henry, that was easy. They lived for each other. They were a match made in heaven. And when they were together, it felt like paradise.
Hannah and Henry had been married almost two years. And yet the honeymoon phase was far from over. They still had that glow about each other. An undeniable chemistry. The couple had heard that marriage was work. That everything wouldn’t go as smoothly as they expected. They didn’t find that to be true though.
For Hannah and Henry, the married life was amazingly simple–even for an Amish couple. After work, they always tried to watch the sunset together. It was a tradition, carrying over from their first date. And Lord willing, they caught a glimpse of the sun dancing across the sky as much as they could.
“Do you think it’s always going to be like this?” Hannah asked.
“Gott is the only one that knows for sure. But I sure hope so,” Henry remarked.
“You know, I’ve been thinking a lot about the future,” Hannah said.
“Only good things I hope,” Henry replied.
“Are you kidding? I have you. What could go wrong?” Hannah asked.
“That’s my line,” Henry joked.
“I figured you wouldn’t mind me borrowing it,” Hannah replied.
“You can borrow it anytime you want if you’re going to use it on me,” Henry said.
“Why don’t we go back to talking about our future?” Hannah joked.
“It’s funny. My parents always brought me up to stay in the present. To just appreciate what was in front of me,” Henry explained.
“Well, I certainly like what’s in front of me,” Hannah interrupted.
“Thanks to you though, I’ve found myself starting to look to the future,” Henry admitted.
“Look at you, living dangerously,” Hannah joked.
“I wish I could be more like you. Looking at the world with nothing but hope in my eyes. But I was raised to keep my feet on the ground. To not let my head drift into the clouds. So optimism is all new to me,” Henry said.
“Don’t worry. I’m with you every step of the way,” Hannah replied.
“I can’t think of a better guide,” Henry remarked.
“But now that I’m changing your mind about the world, how does the future look now?” Hannah asked.
“As bright as can be,” Henry said.

There were certain memories that Henry could never forget. That became burned into his brain. For Henry, that conversation with his wife was one of them. And although the conversation happened over a year ago, it was still as fresh in Henry’s mind as ever. It was the last good memory he had of his wife. The next day she died of a freak brain aneurysm.
It was all such a shock. Completely out of the blue. There were no warning signs. No symptoms. In the middle of a conversation a blood vessel in her brain just blew and she collapsed to the ground. There was no way to prepare for the a tragedy like that, especially when it was such a freak occurence. Henry turned to Gott for an explanation, but received none. And he’d been trying to cobble his life back together ever since.
It was all such a complete tragedy. The best thing in Henry’s life was taken from him in an instant, without warning and without reason. Not to mention that Hannah was only twenty-three years old. She had so much to look forward to. So much in her future. There should have been children on the way. Glorious days spent in the park. Vacations at the beach. And holidays with relatives. It would be a simple life. But it would also be a joyful one. It just wasn’t meant to be though.
Even a year after her death, Henry woke up in disbelief that Hannah was gone. And despite having the whole bed available to him, Henry only slept on his side. He never dared to inch his body to Hannah’s side. It was just a force of habit. He knew that it defied logic. That Hannah wouldn’t be returning to claim her side of the bed. Still, it was the little routines that gave Henry comfort. 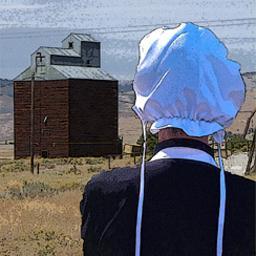 
I’m Becca Fisher and I write sweet Amish romances featuring simple people with complex love lives. I’m devout in my faith, relish time with my family, and seek to bring joy to as many lives as possible. I would love to have you as a reader. God bless. 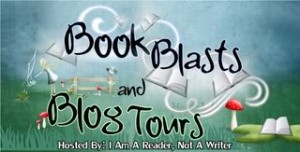