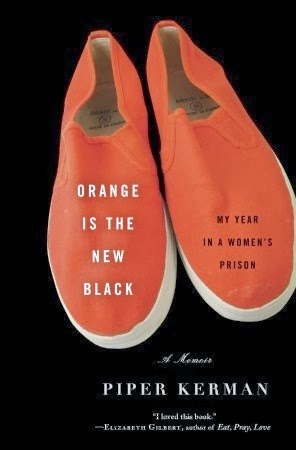 With a career, a boyfriend, and a loving family, Piper Kerman barely resembles the reckless young woman who delivered a suitcase of drug money ten years before. But that past has caught up with her. Convicted and sentenced to fifteen months at the infamous federal correctional facility in Danbury, Connecticut, the well-heeled Smith College alumna is now inmate #11187–424—one of the millions of people who disappear “down the rabbit hole” of the American penal system. From her first strip search to her final release, Kerman learns to navigate this strange world with its strictly enforced codes of behavior and arbitrary rules. She meets women from all walks of life, who surprise her with small tokens of generosity, hard words of wisdom, and simple acts of acceptance. Heartbreaking, hilarious, and at times enraging, Kerman’s story offers a rare look into the lives of women in prison—why it is we lock so many away and what happens to them when they’re there.

About the Author
Piper Kerman is a vice president at a Washington, D.C.-based communications firm that works with foundations and nonprofits.

SOURCE:  PURCHASED
MY THOUGHTS – ABSOLUTELY LOVED IT
I bought this book when it first came out for my book club, which promptly fell apart, so it sat on my shelf until I started watching the Netflix series.  I adore memoirs and this one hits all the right notes.  It follows Kerman as she makes her way through the judicial process after she is convicted for drugs and because of mandatory sentences, she ends up doing a year in federal prison.  What she finds behind bars is quite what she imagined and finds that the women she meets behind bars are more victims than hard core criminals. Although there are those as well, they seem to be in the minority.
The way she approaches the people she meets in jail truly turns her whole thought process around and by the end of the book, she becomes a voice for those lost to unfair drug sentences.  There are some truly touching moments in the book as she connects with the other women and finds herself and even gets healthy considering the food is somewhat questionable.  Kerman also shines a light on how these women are treated and depending on the guard, it can be a decent experience or a true hell.  Overall, this book will open your eyes to what happens to women in prison.