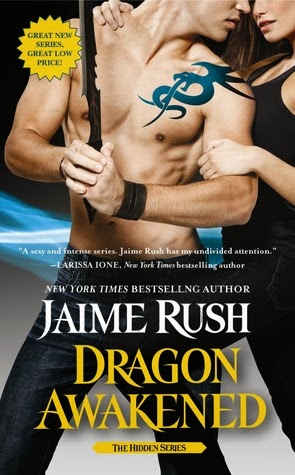 Ruby Salazaar wants answers . . . and revenge. Her uncle has just been murdered before her eyes and the name he utters with his final breath –  Cyntag – leads Ruby into a world beyond her wildest imaginings. She soon learns that the dark, sexy Cyntag Valeron knows more about her than she does herself.

Ruby changed Cyn’s life before she even knew who he was. Now she charges into his life, a beautiful woman full of fire and questions. Cyn knew this day would come, yet he couldn’t foresee the danger –  and desires – Ruby would bring with her. He can teach her how to harness her newly awakened powers. But there is one force neither of them can control . . .

Buy Links:
Amazon
Barnes & Noble
IndieBound
Bookish
Cyntag slowly waved his hand in front of her face, his eyes staring straight into hers between his long fingers. “Crescents can identify one another by our eyes. Some are icy glitter, some swirling mist, and others burning embers.”
Her heart hitched. Hadn’t she seen a glow in his eyes?
He lowered his hand. “Moncrief cast an illusion spell to hide the magick in your eyes. You looked like a Mundane, a regular human. Now that he’s gone, the spell is wearing off. Soon it will be obvious to every Crescent who sees you.”
She walked over to a gilt-framed mirror on the side wall and stared at herself. No glow. He was full of it. “I don’t see anything like what you described.”
“Because you cannot see.” He came up behind her. “You have not been Awakened. Crescents are initiated in a ceremony at thirteen, when their powers begin to appear. It’s similar to those of many native tribes to celebrate a coming of age. But much more comes with being an Awakened Crescent.”
Thirteen. She remembered a gnawing hunger deep in her belly and vivid dreams filled with colors and longing and…dragons.
Cyntag brushed her bangs from her forehead, his thumb grazing the skin near her burn. “The orb did this?” She nodded, and anger shimmered over his face. “Unacceptable.”
“I thought so.”
He’d said it as though the attack on her was a personal affront to him. Like he owns you.
“Right now you’re like a baby chick fallen prematurely from the nest, without feathers developed enough to fly from danger or any way to fight enemies. Unable to even see them. You might get a glimpse now and then, but that won’t be enough.”
“You’re saying I have powers?” Could her disbelief be more clear? “Can I make one of those orb-lightning-bolt things?”
Another twitch of a smile. “Sorry, no. However, you are much more magnificent than mere magick.”
“I’m magnificent. Yeah.” She couldn’t help but glance down at herself. “Fine, how do I get…what’d you call it? Awakened?” Let’s play along.
“Considering the circumstances, only I can awaken your powers.”
Did his arrogance know no bounds? Dumb question, Ruby. “What do I have to give you for that?”
“You assume there’s a price?”
“There’s always a price.” She could see that he had one too.
He stepped closer, again breaching boundaries. She wouldn’t move away. If only she didn’t have to look up at him. Even being five-foot-eight, he was way taller. His heat reached out, beckoning her. She stiffened her stance. The dragon tattoo eyed her, but no, she did not see it move.
He waited until she drew her gaze back to his face. “The price is that once you see, you can never go back to being blind. Once you know, you can never forget. Once you experience your true nature, you can never ignore it.”
“Ignore what?”
He released a breath. “We’d better start with the small stuff.” 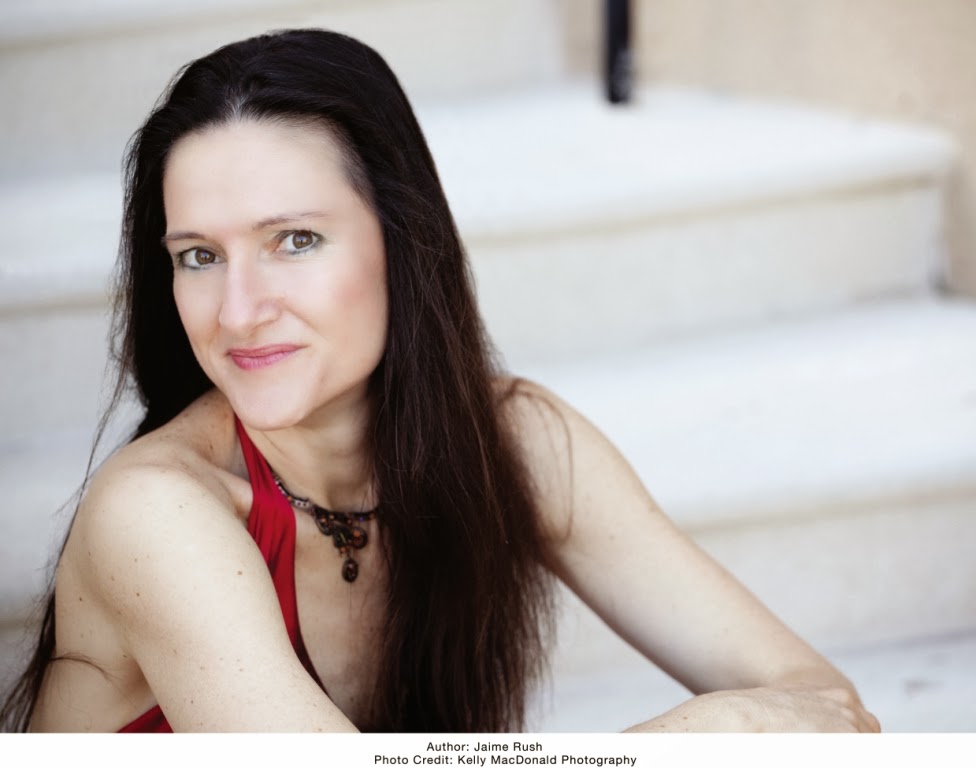 Things that go bump in the night have always fascinated Jaime Rush. Sometimes those things are human; other times, not so much. Now she has twisted them all together in the Hidden, a trilogy about humans with the essence of gods who walk the knife’s edge between the glamour of Miami and a place filled with dark magick and dangerous beauty.

Jaime is the author of the Offspring series and also writes under the name Tina Wainscott. She is the bestselling author of eighteen romance novels. She lives in Southwest Florida with her husband, daughter, and cat.