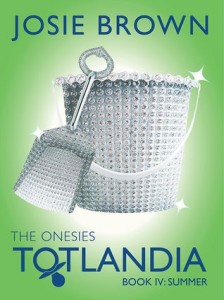 As summer sizzles in Totlandia, emotions boil over for the newest members of Pacific Heights Moms &; Tots Club, whose trust in each other is sorely tempted by Bettina and her club politics.

When Jillian’s vindictive joke backfires, she learns the true meaning of forgiveness.

Jade’s betrayal puts her in a dangerous downward spiral with no bottom in sight—until she finds friendship and redemption where she least expects it.

Lorna faces the biggest trial in her marriage, and makes an important decision that may end it for good.

While Ally may regret the choices she made to get accepted in the club, her exile puts new opportunities in her path, thanks to Brady and his ceaseless desire to win her over—with Barry’s help, who is playing his own little game with the Top Moms Committee.

But it’s Bettina who suffers the ultimate punishment—one that changes her life, and the livelihood of the club, forever. 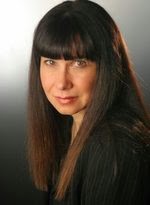 Her novel, Secret Lives of Husbands and Wives (Simon & Schuster), is being produced by Jerry Bruckheimer as a dramatic series.

Josie is also the author of three non-fiction books: The Complete Idiot’s Guide to Finding Mr. Right [Alpha/Pearson]; Marriage Confidential: 102 Honest Answers to the Questions Every Husband Wants to Ask, and Every Wife Needs to Know [Signal Press]; and Last Night I Dreamt of Cosmopolitans: A Modern Girl’s Dream Dictionary [St. Martin’s Press].
As a journalist, Josie’s celebrity interviews and relationship trends articles have been featured in the Los Angeles Times Syndicate International, Redbook and Complete Woman magazines, as well as AOL, Yahoo, AskMen.com, Divorce360.com, and SingleMindedWomen.com

You can read excerpts of all my books at my website: http://www.josiebrown.com

OMG! That goes waaaaaay back! Um… Dick and Jane. Also The Cat in the Hat. Eventually I graduated to Gone with the Wind, which I read thirteen times before I was sixteen. Talk about an obsession, right?

Martin Cruz Smith’s Tatiana. I love his lyrical style of writing, and read all of his books! This one does not disappoint, either!

If only it did, ha ha! My garden is one basil plant, which finds a sunny spot in my kitchen. The Boston ferns and geraniums in the yard must fend for themselves, alas.

Wow. TOO many things! Ketchup on eggs. Someone spitting on the sidewalk. Finding a typo after publication date. But hey, none of these things are life-threatening, so I will survive. (Except for the typo….)

Mark your calendar, you’re invited to the Totlandia Twitter Party on 12/11/13 (9:30pm ET/ 6:30pm PT) to celebrate the launch of Book IV. It will be a hour packed full of great conversation, trivia and prizes! We’ll dish on Bettina, Jillian, Jade, Lorna, Ally and Brady! #Totlandia


SOURCE:  PUBLISHER
MY THOUGHTS
ABSOLUTLEY LOVED IT
So spring has turned to summer and the moms on probation have completed all of the challenges put forth by Bettina, the sadistic leader of the Pacific Heights Moms & Tots Club.  Ally and Jillian have launched a pie shop that is turning around Jillian’s life.  Jade has managed to keep her history secret – or so she thinks.  Lorna has accepted that her son has Autism but won’t quit the club because she has seen him respond so well to the small interactions there.   And then, all hell breaks loose.
When Bettina confronts Ally about her fake marriage to Barry,  she kicks her out of the club and when Jade is confronted by the other moms, she admits that she told Ally’s secret.  Barry,  a determined lawyer, Ally’s neighbor and sperm donor, try to help her get over the loss of membership, he confronts Bettina in a unplanned meeting at an art museum.  He threatens to take down the whole group because of their unfair rules and procedures.  The other side of this coin is what is going on with Jade.  She has pissed off her ex by her betrayal of Ally and now her secret is known to Bettina, but she has no clue.
Even though all of these women have joined this club to ensure success for their children, they are finding that the club may not be all that wonderful for them.  This one ends with a spectacular cliffhanger that will be driving me up the wall for the next three months.  These books have everything right.  There is fast dialogue, a bit of naughty situations, wonderful descriptions of how the other half lives and fast paced.  These should really be a television series.  Maybe Netflix is listening to me?