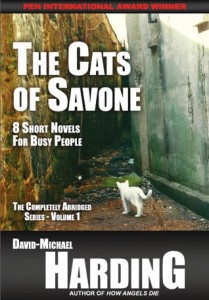 “Most novels begin their lives as short stories. Writing, much like any gift, skill, habit, or hope, is strengthened through practice, training, and exercise. The short story is the stretching and dedication to a running regime long before the marathon. It is the repetition of scales on the piano, years before the recital.” – David-Michael Harding

The Cats of Savone is an exemplary collection of stories from the pen of historical fiction author David-Michael Harding. Eight short stories and novellas make up his first installment in The Completely Abridged Series – Short Novels for Busy People. The title story is the PEN International Winner, The Cats of Savone, which follows a pregnant cat beneath a mammoth steel gate into the exercise yard of the Savone Correctional Facility. The hardened convicts in the maximum security prison adopt the cat as much as she adopts them. But an accident in the prison leads to murder and a host of tough choices for tough men – inmates and guards.

Black Men in Bright Blue traces the steps of ten-year-old Rachel Justice in 1864 while she explores her father’s plantation in South Carolina. As she learns of slavery beneath the shadow of the Civil War, her secret knowledge of the underground railroad pushes her family and her young mind into decisions none are ready for. Eavesdrop on the captain and crew in Forever Beneath the Celtic Sea as the story follows in the cold wake of the World War I German submarine the U-20, and its deadly encounter with the luxury passenger liner Lusitania in 1917.

The History of West Texas According to Henry Brass sits beside the bed of a of a old soldier, trapper, and patriot who is dying from consumption. He hasn’t lost his sense of humor however as he relates story after story to a young man who cares for him in his last days. Henry lived under most of the six different flags that flew over Texas and weaves wonderful tales for his caretaker whose own agenda is taken up by the old man. Then move from West Texas in the 19th Century to another continent and another time in St. Alden’s where a classic fight between good and evil comes to life on a university campus. An aged Guardian of the campus needs to pass down the secrets of a mysterious silver and the power of goodness to his grandson before night demons put an end to a magical spring and its unique life giving water.

Additional stories provide glimpses into the life of a man who has gone through a lifetime of labels – retarded in the 50’s, handicapped in the 70’s, and now with special needs – Jonny Archer finds himself on an unlikely trip in The Junket. The Jazz Bridge chronicles the history and anniversary of an ordinary bridge in an ordinary town as something extraordinary happens. The collection is rounded out by My Boo Radley and the high school baseball pitcher who learns lessons from an old fan who the world viewed as a monster.

For fans of the author, these shorts and novellas are glimpses into the stories, talents, and passion his characters are layered in. Readers care about the people in a Harding story. You’ll cheer, jeer, laugh, cry, and then VOTE for the one that becomes the next full length NOVEL!

Read, enjoy, and VOTE at www.DavidMichaelHarding.com 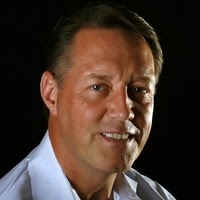 David-Michael Harding is a life-long writer whose first novel, How Angels Die, received critical acclaim. A former semi-professional football player, his writing is hard hitting and passionate. He holds a master’s degree in education and is an adjunct professor of writing. Most of his days are spent writing from the cockpit of his sailboat, Pegasus, somewhere off the Nature Coast of Florida in the Gulf of Mexico. 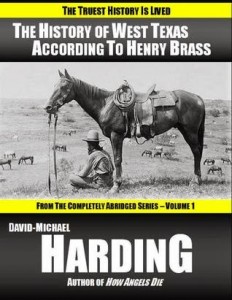 “I have a favorite sound,” he’d say. “It’s been with me a good long while. It fits in my ear so well I can hear it in my sleep.”
So begins The History of West Texas According to Henry Brass. The voice of the story is Dr. Whitten Tines, who, in 1880 at the age of twenty, finds himself working as an orderly in a tent hospital for tuberculosis patients outside of El Paso, Texas. Whitten finds himself drawn into the tales of Henry Brass, a dying patient, whose flavor, humor, precision, and penchant for the history of West Texas is deep and colorful.
Henry lived under most of the six different flags that have flown over Texas and weaves wonderful tales for his young caretaker whose own agenda is taken up by the old man. As his life rapidly fades, Henry’s stories become part fond remembrance and part confession. The stories Whitten hears range from the Alamo and repeated wars with Mexico, on to Civil War atrocities and even an expedition on camels through the southwest to Los Angeles. Each story is firmly rooted in the factual events of the time, yet seasoned with the wit of an old soldier, trapper, and patriot who knows that death from consumption is only days away.
When the last day comes, each man reaches for a unique gift to give a special friend as Whitten’s life takes a profound turn.
This piece is part of a collection of short stories and novellas that comprise The Cats of Savone, the initial installment in The Completely Abridged Series.
In a universal time a classic battle is taking shape between good and evil. Forces are aligning themselves on a unique battlefield –St. Alden’s University. There are no regiments of soldiers marching shoulder-to-shoulder however. There is only one man – the Guardian. He stands alone against an unending onslaught of fanged wolves who attack at the behest of a maniacal black knight. 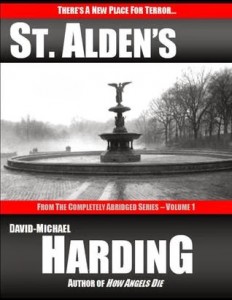 No one can apply to attend St. Alden’s. Rather, St. Alden’schooses its students based on a very exclusive standard and the curriculum is as unique as its students. The opportunities are endless with graduation, but you have to live to see it. After sunset, the grounds aren’t just dangerous – they’re deadly.

The Guardian is growing old. He is weakening and his enemies know it. As the last of the Templar Knights, he must recruit and train a replacement. The Guardian chooses his grandson, Crealand, who comes as a student, but is thrust into a world of magic he never would have believed as his grandfather passes down the secrets of a mysterious silver and the power of the Good. A stunning co-ed as unique as the university catches Crealand’s heart and the two young lovers face off against unspeakable odds as night demons try to put an end to a magical spring and its unique life giving water.
This piece is part of a collection of short stories and novellas that comprise The Cats of Savone, the initial installment in The Completely Abridged Series.
“FIRE ONE!” “Fire one!” “Fire one…”
“ONE AWAY!” “One away!” “One away…” 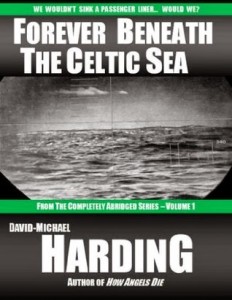 As these words rise, fall, and echo from captain to crew and back again through the damp metal confines of a German submarine patrolling beneath the choppy Celtic Sea, RMS Lusitania was steaming for England above. The U-20 attack sub had sunk three other ships in as many days prior to having the mammoth luxury passenger liner cross the lens of its periscope, but nothing of its size,with as many people aboard, and with such far ranging consequences.
Historians point to the sinking of the RMS Lusitania as the catalyst that propelled the Unites States into the First World War. The American press vilified Germany over the deaths of the Americans lost among the 1,200 killed. Winston Churchill called the attack murder as he goaded President Woodrow Wilson to join the war effort. In time, the United States sent its soldiers into harm’s way in Europe. When it was over, more than 115,000 Americans had been killed.
Forever Beneath the Celtic Sea eavesdrops on life in the cold wake of the U-boat as the 1915 attack off the coast of Ireland unfolds. The focus of the story is U-20’s captain, Walther Schwieger, and the torpedo man, young Guenther Stroehmann. Schwieger is compelled by his orders and his powerful sense of duty and allegiance to Germany. Guenther follows orders as well, but it is his hand that launches the deadly torpedo.

This piece is part of a collection of short stories and several longer novellas that comprise The Cats of Savone, the initial installment in The Completely Abridged Series. Read for FREE on www.DavidMichaelHarding.com

WANT TO WIN A COPY OF THIS BOOK?
Ends 11/24/13
Open INTERNATIONALLY (digital copy in your choice of format)
One paper copy for US Residents
Open only to those who can legally enter
Winning Entry will be verified prior to prize being awarded.
No purchase necessary.
You must be 18 or older to enter .
The winner will be chosen by rafflecopter and announced here as well as emailed and will have 48 hours to respond or a new winner will be chosen.
This giveaway is in no way associated with Facebook, Twitter, Rafflecopter or any other entity unless otherwise specified.
The number of eligible entries received determines the odds of winning.
Giveaway was organized by BookHounds and sponsored by the publisher