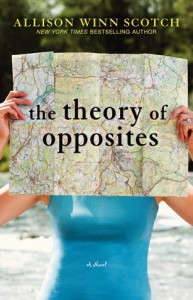 Publication Date: November 4, 2013
What happens when you think you have it all, and then suddenly it’s taken away?

Willa Chandler-Golden’s father changed the world with his self-help bestseller, Is It Really Your Choice? Why Your Entire Life May Be Out of Your Control. Millions of devoted fans now find solace in his notion that everything happens for a reason. Though Willa isn’t entirely convinced of her father’s theories, she readily admits that the universe has delivered her a solid life: a reliable husband, a fast-paced career. Sure there are hiccups – negative pregnancy tests, embattled siblings – but this is what the universe has brought, and life, if she doesn’t think about it too much, is wonderful.

Then her (evidently not-so-reliable) husband proposes this: a two-month break. Two months to see if they can’t live their lives without each other. And before Willa can sort out destiny and fate and what it all means, she’s axed from her job, her 12 year-old nephew Nicky moves in, her ex-boyfriend finds her on Facebook, and her best friend Vanessa lands a gig writing for Dare You!, the hottest new reality TV show. And then Vanessa lures Willa into dares of her own – dares that run counter to her father’s theories of fate, dares that might change everything…but only if Willa is brave enough to stop listening to the universe and instead aim for the stars.

Buy this book on Amazon 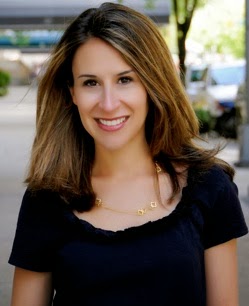 Allison Winn Scotch is the bestselling author of four novels, including TIME OF MY LIFE, THE SONG REMAINS THE SAME, THE ONE THAT I WANT, and THE DEPARTMENT OF LOST AND FOUND. Her fifth novel, THE THEORY OF OPPOSITES, will be released on November 12, 2013. In addition to fiction, she pens celebrity profiles for a variety of magazines, which justifies her pop culture obsession and occasionally lends to awesome Facebook status updates. She lives in Los Angeles with her family. For more about her and her books, go to allisonwinn.com or follow her on Twitter at @aswinn. Facebook, too!

My thoughts
Absolutely Loved it

Willa, now identified as one half of Shilla after marrying her match.com find, Shawn.  He is everything that she thinks is perfect and as she always exclaims, they are both Switzerland! But sometimes even the Swiss loose their cool.   Being together for about six years, the pair have an outline for how their lives should proceed:  marry, work, save, then have a baby.  All goals have been achieved except that last sticky issue.  Shawn has been named as one of 40 under 40 for being a coding god and is fairly a nerd.  Willa has always been “the last to know,” according to family, so she doesn’t realize that she is smart and beautiful.

Small things become obsessions with Willa when she finds a receipt in Shawn’s wallet for a wine bar that to her, can only mean one thing.  As he starts to pick up new hobbies that don’t include her, she really thinks the worst.  And then it does get worse, she loses her job, Shawn’s 14 year old nephew, Nicky.  arrives on their doorstep and she can’t get pregnant.  Her BFF, Vanessa, tries to help her out and proposes they write a book disproving her almost-Nobel-winner father’s book about Manifest PreDestiny.  With a celebrity yoga instructor brother and an overachieving sister, Willa was also supposed to have been a boy.

Just to make things even stickier for Willa, she hears from her old boyfriend on Facebook, who is another national business rock star that he wonders what might have been.  All this just in time for Shawn to decide he needs “a break”.  Subplots abound and there is a lot of fun to be had in this quick read.  The characters are all wonderfully complete and the story moves along.  Nicky is just a smart mouthed kid who is really the star here with thoughtful lines that give real meaning to Willa’s predicament.  The conclusion is also nicely done and if you are looking for some great chick lit, this is your book.  Also, Jen Lancaster just picked this as her book club read today, so you know I am right.

Want to win this book?

Ends 11/22/13
Open to anyone with a US mailing address, sorry no po boxes
Open only to those who can legally enter
Winning Entry will be verified prior to prize being awarded. No purchase necessary.
You must be 18 or older to enter .
The winner will be chosen by rafflecopter and announced here as well as emailed and will have 48 hours to respond or a new winner will be chosen.
This giveaway is in no way associated with Facebook, Twitter, Rafflecopter or any other entity unless otherwise specified.
The number of eligible entries received determines the odds of winning.
Giveaway was organized by BookHounds and sponsored by the publisher
VOID WHERE PROHIBITED BY LAW.