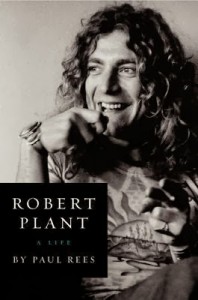 Publication Date: October 22, 2013
Robert Plant by Paul Rees is the definitive biography of Led Zeppelin’s legendary frontman. As lead singer for one of the biggest and most influential rock bands of all time—whose song “Stairway to Heaven” has been played more times on American radio than any other track—Robert Plant defined what it means to be a rock god.
Over the course of his twenty-year career, British music journalist and editor Paul Rees has interviewed such greats as Sir Paul McCartney, Bruce Springsteen, Madonna, Bono, and AC/DC. Rees now offers a full portrait of Robert Plant for the first time, exploring the forces that shaped him, the ravaging highs and lows of the Zeppelin years—including his relationship with Jimmy Page and John Bonham—and his life as a solo artist today.
Illustrated with more than two dozen photographs, Robert Plant: A LIfe is the never-before-told story of a gifted, complicated music icon who changed the face of rock ‘n’ roll.

Buy it on Amazon – Robert Plant: A Life

Paul Ree’s biography of Robert Plant manages to reference his life as something other than the lead singer of Led Zeppelin. It’s well written and manages to steer clear of overly analyzing the personalities involved. I thought it well edited and kept my interest in that Robert Plant actually had a life before and after Led Zeppelin. People will obvious think of him in that role but the book does give an interesting history of the inter-mixing of different British band personnel before Led Zeppelin

Like other reviewers and fans of rock biographies, I had to dust off all of my Cd’s to refresh my memory of their music. The author mentions Plant being a fan of some American 60’s bands, such as Buffalo Springfield. He also mentions that in preparation/writing the book he listened to some of that group’s music. Maybe I’ve been reading this genre too much, but I noticed a repeated mistake in calling out Stephen Still’s birthplace as Canada (should be Dallas, Texas). Nitt picky, I know.