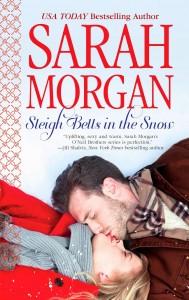 USA TODAY bestselling author Sarah Morgan heats up the season with the O’Neil brothers in a brand-new holiday series!

Once upon a time, Christmas was Kayla Green’s favorite time of year. Now all the workaholic wants for Christmas is for it to be over—as fast as possible! So when duty calls her to snowy Vermont to close a deal with a new client, Kayla is grateful for an excuse to avoid the holidays for another year.

Jackson O’Neil left a thriving business behind to return home and salvage his family’s resort—it’s in his blood, and he can’t let it fail. Now that he’s got marketing whiz Kayla Green working with him to put Snow Crystal on the map, success is on the horizon. The fact they strike enough sparks off each other to power all the Christmas lights in Vermont is just an added bonus.

Kayla might be an expert at her job, but she’s out of her depth with Jackson—he makes her crave the happy-ever-after she once dreamed of, and it’s terrifying. As the snowflakes continue to swirl, will the woman who doesn’t believe in the magic of Christmas finally fall under its spell?

Across the table, Jackson o’Neil was still watching her. Beneath the
well-cut suit he exuded a raw sexuality that made it almost impossible
for a woman to look away.

“Would you describe yourself as an outdoor girl, Kayla?”

“Not in a million years. I don’t spend anywhere near as much time
outdoors as I would like,”  she adopted a regretful tone.”I’m looking
forward to rectifying that. And I love snow. Love it!”  Maybe she should
have said that once. Maybe twice was overdoing it.

“That’s good to hear.,”  That hypnotic blue gaze didn’t shift from hers.
“So you ski?”

Remembering the picture of him plunging into a deep, snow-filled gully,
Kayla decided it was safer not to lie about that. â€œNot exactly, but Iâ€™ve
always wanted to, so this will be the perfect opportunity. I canâ€™t wait,
although I think my preference will probably be forâ€”erâ€”flat slopes.â€

“Nothing too,” she tilted her hand to demonstrate a steep gradient
”terrifying.”

“Right.,”  He rubbed his hand over his jaw, and she had a feeling he was
smiling. “Flat slopes. I admire your dedication.”  He rose to his feet,
lithe and athletic. One glance at his powerful thighs told her that this
man didn’t expect his slopes to be flat.

She hoped he still admired her dedication when she was lying prostrate
at his feet.

Belatedly, Kayla realized that spending a week at Snow Crystal meant
spending a week in the close company of Jackson O’Neil, a man whose idea
of fun was to jump off cliffs and land on a near-vertical slope.

Maybe she should have been more honest about her lack of experience.

Maybe she should book herself a hospital bed right now.

Gathering up her notes, she produced her most reassuring corporate
smile and walked round to his side of the table. “Here at Innovation
we’re always willing to go that extra mile for a client.”  Preferably not
downhill on skis, but if that was the only way then so be it. “Fast
paced and focused. That’s what we do.” She stuck out her hand and then
wished she hadn’t, as strong, male fingers closed over hers.

She tried not to wince.

The guy was strong enough to kill a moose with his bare hands. And even
though she was wearing her favorite confidence-inducing killer heels, he
was taller. His hair was dark and gleamed under the harsh lighting of
the boardroom. It should have been unforgiving, but it simply served to
spotlight his spectacular good looks.

“Let me know when your flight gets in and I’ll pick you up from the
airport” He released her hand. “We’ll do what we can to make the
holidays special for you. It will give you a chance to try a variety of
winter sports seeing as you love snow so much.” The glitter in his
eyes told her hadn’t  guessed that her only contact with snow up until now
had been to stare at it through the office window and brush it off her
coat.

She told herself it didn’t matter.

Secluded cabin, log fire, views of a frozen lake. No Santa, no store
window displays or canned Christmas music and most of all, no memories.
It  doesn’t get any more perfect than that. Have a safe trip home 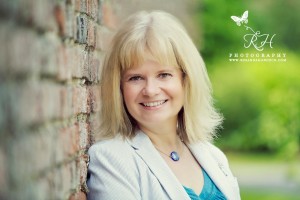 USA Today bestselling author Sarah Morgan writes hot, happy contemporary romance and her trademark humour and sensuality have gained her fans across the globe. Described as ‘a magician with words’ by RT Book Reviews, she has sold over 11 million copies of her books. She has been nominated three years in succession for the prestigious RITA© Award from the Romance Writers of America and won the award twice; in 2012 for her book ‘Doukakis’s Apprentice’ and 2013 for ‘A Night of No Return’. She also won the RT Reviewers’ Choice Award in 2012 and has made numerous appearances in their ‘Top Pick’ slot.

As a child Sarah dreamed of being a writer and although she took a few interesting detours along the way, she is now living that dream.

Sarah lives near London with her husband and children, and when she isn’t reading or writing she loves being outdoors, preferably on vacation so she can forget the house needs tidying.

Website  * Twitter * Facebook  * Goodreads
Ends 11/12/13
OPEN INTERNATIONALLY!
Open only to those who can legally enter
Winning Entry will be verified prior to prize being awarded. No purchase necessary.
You must be 18 or older to enter .
The winner will be chosen by rafflecopter and announced here as well as emailed and will have 48 hours to respond or a new winner will be chosen.
This giveaway is in no way associated with Facebook, Twitter, Rafflecopter or any other entity unless otherwise specified.
The number of eligible entries received determines the odds of winning.
Giveaway was organized by BookHounds and sponsored by the publisher
VOID WHERE PROHIBITED BY LAW.