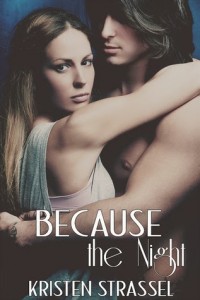 Immortal Dilemma is the hottest band in the Las Vegas vampire rock scene. They draw insatiable fans from around the globe, thanks to a supernatural attraction called Bloodlust. Tristan craved such an opportunity to fill his empty mortal life, and now he has eternity to earn his place along the legends of rock n roll debauchery.

Callie always feared that Tristan’s excesses would get him into trouble, but she never thought they’d lead him to immortality. To reconnect with him, she must weave her way through a world not only she had no idea existed, but does not welcome her.

Blade turned down a spot in Immortal Dilemma after learning what he must sacrifice for that lifestyle. He finds Callie a refreshing change from the girls in the vampire rock scene. When Callie drags Blade back into the world of Immortal Dilemma, his resistance drives her into the waiting arms of Tristan, who shows her the true meaning of Bloodlust. 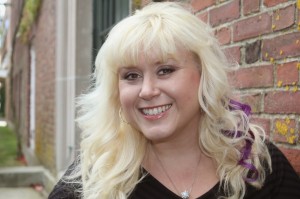 Kristen shares a birthday with Steven Tyler and Diana Ross.  She spends each day striving to be half as fabulous as they are.  She’s worn many hats, none as flattering as her cowboy hat: banker, retail manager, fledgling web designer, world’s worst cocktail waitress, panty slinger, now makeup artist and author.  She loves sunshine, live music, the middle of nowhere, and finding new things to put in her house.  Because The Night is the first book from The Night Songs Collection.

Callie is 18 and and seems to have an addiction to vampires and/or sex with vampires (bloodlust as it is known in Las Vegas).  Her main obsession is Tristan, her schoolmate, the guitar player for the vampire/metal band Immortal Dilemma.  She is the good girl who wants to fix the bad boy.  Yes, you know where this is going and it is a wonderful experience.  Never really recovered from her high school crush, she watches Tristan spiral into addiction as only a rock god can.  Of course, she tries to save him from the world that is crashing down upon him.

I thought the characters were really well drawn and realistic, well, as real as a vampire can get.  It reminded me a bit of Anne Rice and Lestat.  It just makes so much sense that a vampire should be in a band since the hours are right.  There is also a nice little triangle involved and with Callie only being 18, she makes every mistake that a girl that age could possibly make, but unlike most girls that age in books, she grows and matures.  This is one spicy romance that you can easily read in one sitting.

Tour Schedule. – Be sure to sop by each one!