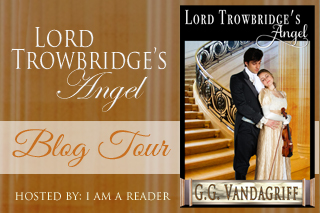 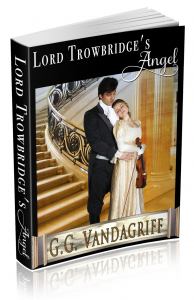 The very handsome and very bored Lord Trowbridge knows something is missing in his existence. When he is asked by a friend to escort the seemingly quiet Miss Sophie Edwards to her first ball, he has no idea she possesses the key that will unlock him. It is her secret weapon.

Once he sees his own inner workings, his life unfolds in a different manner. He will do anything to capture the love of his “angel.” Unfortunately, his old life and the shibboleths of the ton stand in his way. As he wades through these afflictions, Sophie is courted by another man. Who will she choose? How can he possibly show his love for her in a way as original and unique as she is? What are Sophie’s feelings for him?

“Vandagriff’s recipe for spinning a delightful story with so many unexpected twists and involvements is truly masterful.” ~willsand

“Ms. Vandagriff is a master of description. She understands men and women and the nuances between them.” ~ L. Glenn

“Vandagriff is quickly becoming an esteemed name on the shelves of regency romance. Lord Trowbridge’s Angel is sweet, humorous, and of course romantic, and you’ll become an instant fan.” ~Heather Moore

Frank set up the target, then paced off the distance to the place where Sophie should stand. Fanny sat watching in a garden seat, wearing a large sun bonnet, cradling Alexa in her arms. Sophie donned her new gauntlets and took up the bow, holding it as she had watched others do.

Trowbridge said, “Here, let me show you.” Putting both arms around her, he placed a hand over each of hers. She was locked in his arms so closely, she could smell the citrus of the cologne he wore. His strongly muscled arms held her encircled completely. Heat prickled over her whole body.
“You nock the arrow just so. Then you close one eye and, stretching out the bowstring, you look with your other eye along the length of the arrow to the target,” he said. “Line them up.”
She tried to do as he suggested, but it was impossible to concentrate with his arms around her.
“Angel!” he said, his voice husky. “You are trembling. Relax the bow.”
Putting his hands on her shoulders, he turned her to face him and looked into her eyes.
“Lord Trowbridge, are you trying to seduce me?” she asked in a low voice.
“What?” His forehead bunched, his eyes showed outrage.
“I may be just a green girl, but I cannot think of one other reason why you would contrive to have me in your arms.”
Full of some odd energy, he clutched his fists and paced about in a circle. “Not a single other reason?” He paced some more, finally coming to a halt in front of her. “Have you forgotten the night before last? I believe your soul actually seared mine, Sophie. Archery is but a game. But my feelings for you, though I make light of them most of the time, are not. And I am Frank, Sophie.”
She could only nod. 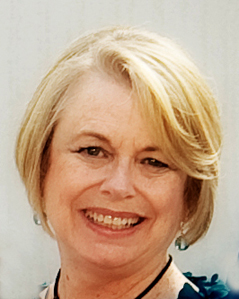 I realize that I am one of those rare people in the world who gets to live a life full of passion, romance, suspense, angst, fulfillment, humor, and mystery. I am a writer. Every day when I sit down at my computer, I enter into a world of my own making. I am in the head of a panoply of characters ranging from a nineteen-year-old Austrian debutante (The Last Waltz) to a raging psychopath (The Arthurian Omen) and four women at once in The Only Way to Paradise. Then there are the feisty heroines of my Regency romances . . .
I am a traditionally published,award-winning, best-selling writer who has recently gone Indie. I enjoy genre-hopping, having published a genealogical mystery series, two women’s fiction novels, an historical epic, two suspense novels, five Regency romances, and a couple of non-fiction offerings.
With a BA from Stanford and an MA from George Washington University in International Relations, I somehow stumbled into finance. But, once my husband was through law school, I never wanted to do anything but write and raise kids. Now the kids are gone, but (even better) there are four grandchildren who provide my rewards for finishing a manuscript.

OH MY GOSH — SHE HAS DACHSHUNDS…