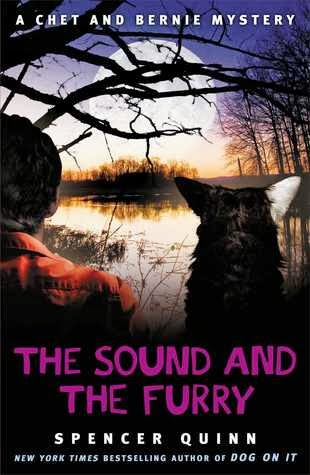 In the sixth installment of the brilliant New York Times bestselling mystery series, canine narrator Chet and his human partner P.I. Bernie Little are handed a hard case in the Big Easy.

When Chet and Bernie happen upon a prison work crew that includes Frenchie Boutette, an old criminal pal they sent up the river, getting a new case is the last thing they expect. But Frenchie, who comes from an old Louisiana family full of black sheep, needs help finding his one law-abiding relative, his brother Ralph, a reclusive inventor who has gone missing with his houseboat. Though he’s tempted to take another job (with a big payday) in Alaska, Bernie decides to set course for the bayous of Louisiana, a trip that will introduce Chet to a world of sights, smells, and tastes that are like nothing he’s ever encountered.

Out in bayou country, Chet and Bernie meet the no-good Boutette family and their ancient enemies, the maybe-even-worse Robideaus, and at first it seems as if Ralph’s disappearance is connected to a dispute over a load of stolen shrimp. But when Chet uncovers a buried clue, the investigation heads in a dangerous new direction involving the oil business and an impending environmental catastrophe. The more Chet and Bernie discover about Ralph, the more treacherous the job becomes, and soon they’re fighting not only Big Oil, but also shadowy black ops figures, a violent biker gang from back home, and Iko—a legendary bayou gator with a seemingly insatiable appetite. Meanwhile, deep under the Gulf, the pressure just keeps building.

About the Author
Spencer Quinn is the author of four previous Chet and Bernie mysteries, all of them New York Times bestsellers. He lives on Cape Cod with his dog, Audrey. Visit ChetTheDog.com.

Chet and Bernie – ROAD TRIP!
When the pair have a chance encounter with a perp working on a chain gang, they are offered a job near New Orleans to find a missing person.  The guy they are looking for is the only one of a set of brothers that is law-abiding and an inventor, Ralph Boultette.  The cast of characters in this latest installment are right out of central casting. Just before they leave for the Bayou, Bernie is attacked by by a thug on a motorcycle, stitches and a headache later, the two are on their way.  Bernie thinks it is just an isolated incident, but Chet seems to think otherwise.

Once they get to the Bayou, Chet discovers some very interesting smells that belong to creatures he is not at all familiar with.  As Bernie begins his investigation to find Ralph, he follows a lead to the local vet where he encounters several oil-covered birds.  There is also a shrimp theft that is blamed on Ralph but Bernie can’t really connect the dots in this case.  Chet, however is connecting some very convincing scents.  There are several moments of cliffhangers like will Chet survive a near-drowning and will Bernie not be hit on the head again.

In the end, Chet leads the charge to find Ralph as well as make new friends and acquire new treats.  These books are just so much fun to read and Quinn really knows how to make a dog have a brilliant personality.  The humans always tend to take a back seat whenever Chet is around.  These books always seem to be released so far apart.  There are two novellas that I just downloaded to carry me over.