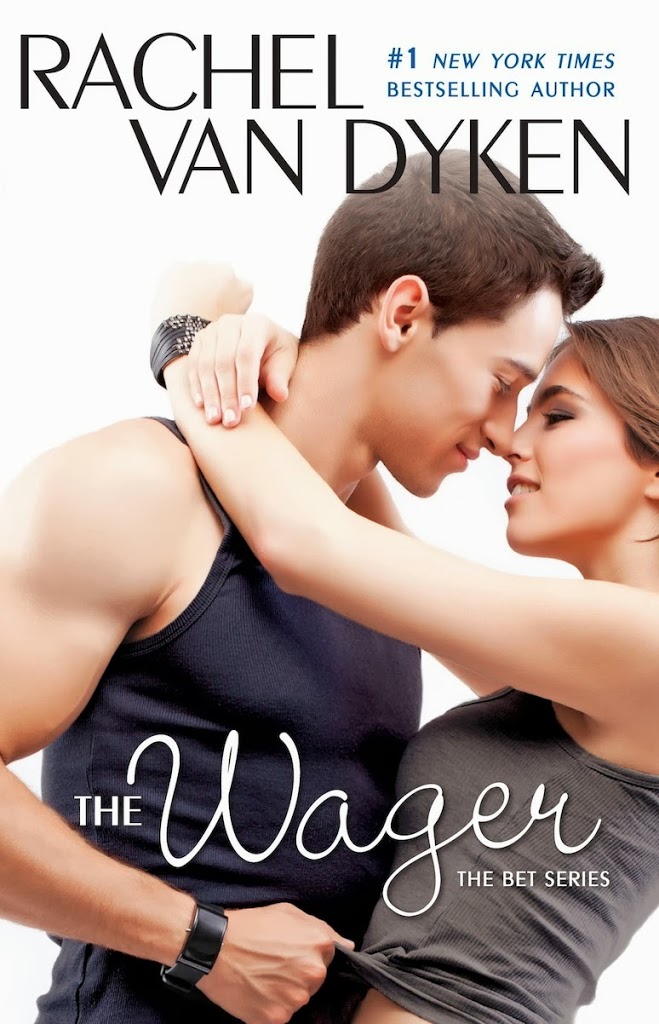 Lose a bet, lose your heart…
What is it about a junior-high crush that can send an otherwise intelligent woman into a tailspin? TV reporter Char Lynn wishes she knew. Jake Titus is too rich, too handsome, too arrogant: a trifecta that once lured Char into the best night-and worst morning-after-of her life. Now they’ve been thrown together in a wedding party. It’s awkward, but survivable . . . until Jake stops acting like a jerk, and starts acting like the man she’d always hoped he could be.
If watching your brother marry your best friend is weird, being attracted to your best friend’s other best friend is downright bizarre. Unfortunately for Jake, Char hasn’t forgotten how he once tossed her aside. Worse still, Jake’s already-nutty grandma is even crazier about Char. Cue meet-cute shenanigans and all manner of meddling, and somehow, Jake’s falling. For Char. Now all he has to do is make her believe it . . . 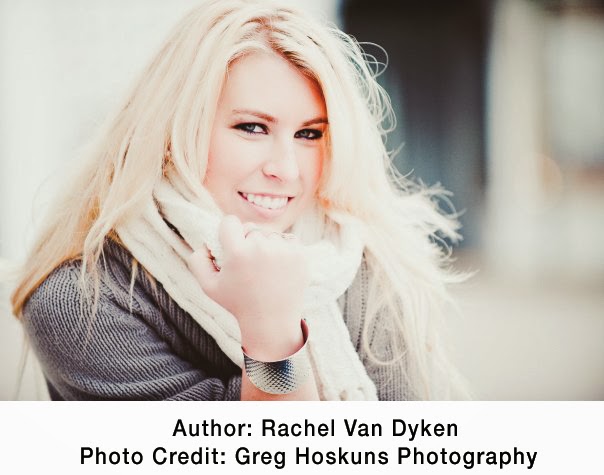 Rachel Van Dyken is the New York Times and USA Today Bestselling author of regency and contemporary romances. When she’s not writing you can find her drinking coffee at Starbucks and plotting her next book while watching The Bachelor. She keeps her home in Idaho with her Husband and their snoring Boxer, Sir Winston Churchill. She loves to hear from readers! You can follow her writing journey at http://rachelvandykenauthor.com/
Blog  * Twitter * Facebook * Goodreads
EXCERPT
“Jake!” Grandma peered around the mannequin and yelled. “Help her out of that dress! We have a wedding emergency! Hurry!”
“Right.” Jake released Char’s hand and shook his head as he took a step away. “Wouldn’t be the first time I’ve helped you out of your clothes, huh, Char?”
And special moment gone.
Ignoring the burning sensation on her face, Char walked into the dressing room and pulled the curtain.
“Don’t you need help?” came Jake’s voice.
“I think I know how to undress myself, Jake.”
“Yes.” His warm chuckle made Char want to smack him. Shivering, she reached for the zipper. “But when I do it, it’s unforgettable. That’s all I’m saying.”
Fine. She’d had enough. Refusing to let him think she was afraid of him touching her, she took his challenge. With a huff Char pulled open the curtain. “Prove it.”
His eyes widened and then a wicked smile curved his lips. “My pleasure.”
The way the man said “pleasure” did really unfortunate things to Char’s body, things that made her re-think her rash decision.
“Where’s the zipper?”
“Aww… can’t find it? That happen to you often, Jake? Can’t find the zipper, where does my equipment go…”
“Oh that, I never have problems with. You should know.”
Her eyes narrowed into slits as she watched him close the curtain and then do a turning motion with his finger.
She turned around and faced the mirror. Jake placed his hands on her shoulders then ran them down both of her arms. She would not shiver, she would not react!
He placed his hands on her hips, then unzipped the dress. Slowly he ran his hands back up the sides of her body, all the way until he hit just below her breasts. Her breath hitched as he winked at her in the mirror, bypassing her breasts and finding the fastener behind her neck.
Char chewed on her lower lip as she watched him delicately undo the fastener and then held the dress to her body so it wouldn’t fall.
“You have beautiful hair.” He ran a few pieces through his fingers and sighed, locking eyes with her in the mirror.
He wasn’t smiling. Was he seriously paying her a compliment? To her face? Or her reflection?
“I, uhh—”
“It’s just a compliment, Char. Not a proposal.”
She blushed profusely. “Thank you.”
The way he looked at her made her feel naked. And now she remembered why things had gone haywire in the first place. She never knew which Jake she was talking to. The one who had been her friend when she was little, or the millionaire playboy who had no soul.
Char doubted he even knew which one he was. She just needed to make sure she remembered, lest she end up with a broken heart again.
“Everyone decent?” Grandma called from the other side of the curtain.
Jake stepped back and winked. “Unfortunately.”
Char felt her face heat.
“Damn,” Grandma called. “You’ve lost your touch, son.”
“Don’t I know it.” He licked his lips and nodded one last time at Char before stepping on the other side of the curtain.
GIVEAWAY !
1  WINNER: “Wits and Wagers” Board Game, plus e-copy of THE WAGER
5 WINNERS: SIGNED Forever gift bag, print copy of THE BET and e-copy of THE WAGER