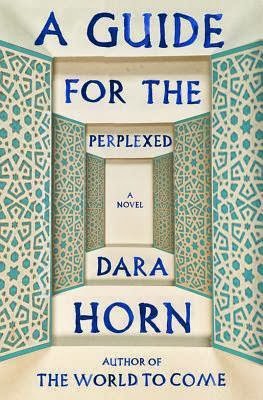 The incomparable Dara Horn returns with a spellbinding novel of how technology changes memory and how memory shapes the soul.Software prodigy Josie Ashkenazi has invented an application that records everything its users do. When an Egyptian library invites her to visit as a consultant, her jealous sister Judith persuades her to go. But in Egypt’s postrevolutionary chaos, Josie is abducted—leaving Judith free to take over Josie’s life at home, including her husband and daughter, while Josie’s talent for preserving memories becomes a surprising test of her empathy and her only means of escape.

A century earlier, another traveler arrives in Egypt: Solomon Schechter, a Cambridge professor hunting for a medieval archive hidden in a Cairo synagogue. Both he and Josie are haunted by the work of the medieval philosopher Moses Maimonides, a doctor and rationalist who sought to reconcile faith and science, destiny and free will. But what Schechter finds, as he tracks down the remnants of a thousand-year-old community’s once-vibrant life, will reveal the power and perils of what Josie’s ingenious work brings into being: a world where nothing is ever forgotten.

An engrossing adventure that intertwines stories from Genesis, medieval philosophy, and the digital frontier, A Guide for the Perplexed is a novel of profound inner meaning and astonishing imagination.

Josephine has a brilliant mind and her imagination helps her create a program that lets users keep track of their memories using social networking, photos and even thoughts.  Judith was the center of attention growing up while Josephine was always a bit strange but now that Judith has drifted from job to job, her sister hires her to help out at the new company, Genizah.  The story weaves back and forth between the sisters and Solomon Schechter’s tale of his life and ultimate discovery of a vast collection of Jewish historical artifacts in Egypt.  Also, explain is the life of Maimonides, the author of A Guide for the Perplexed, and one of Schecter’s main discoveries.   There are several other minor historical characters scattered about as well.

The story really tells about the bond between sisters and brothers mixed with a thrilling contemporary of intrigue.  As Josie travels to Egypt to help the new library at Alexandria catalog, she leaves her young daughter, Tali at home with her business-partner husband, Itamar.  After helping to organize the library’s catalog, she is kidnapped and thought to be murdered by a militant faction.  The outcome is anything that you could expect.  Told through multiple points of view, there is nothing that can prepare you for the ending.  One of my favorite things to do is guess how a plot will turn out and I was completely off guard with this one.

I love historical fiction, especially when it is related to current events and Horn does an amazing job with bringing these tales together.  The underlying themes of redemption and how blood is thicker than water are played out as each set of characters try to do the right thing for their families.  One interesting note is the role Asthma plays in each set of characters and their stories. Maimodes, a physician in ancient Egypt, tries to help a ruler treat his condition and sends his brother to his death seeking herbs that will help control it.  Schecter suffers from the condition as well and Josie also suffers from it.

The details and patterns that link each of these characters is amazing.  I haven’t read anything this thought provoking in a long time.  I really didn’t want this book to end and found myself looking a lot of things about the historical characters since I found myself fascinated by them.  This would make a perfect choice for a book club since there are so many different ideas that can spark discussions about technology, current world events and family.  I really enjoyed this one and I am going back to find more by this author. 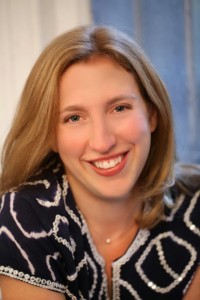 Dara Horn was born in New Jersey in 1977 and received her Ph.D. in comparative literature from Harvard University in 2006. In 2007 Dara Horn was chosen by Granta magazine as one of the Best Young American Novelists. Her first novel, In the Image, published by W.W. Norton when she was 25, received a 2003 National Jewish Book Award, the 2002 Edward Lewis Wallant Award, and the 2003 Reform Judaism Fiction Prize. Her second novel, The World to Come, published by W.W. Norton in January 2006, received the 2006 National Jewish Book Award for Fiction, the 2007 Harold U. Ribalow Prize, was selected as an Editor’s Choice in The New York Times Book Review and as one of the Best Books of 2006 by The San Francisco Chronicle, and has been translated into eleven languages. She has taught courses in Jewish literature and Israeli history at Harvard and at Sarah Lawrence College, and has lectured at universities and cultural institutions throughout the United States and Canada. Her new novel, All Other Nights, will be published by W.W. Norton in March 2009. She lives with her husband, daughter and two sons in New Jersey.

This is my big chance to pretend I was a child prodigy reading Crime and Punishment in my crib. Wait, that’s implausible. But how about A Wrinkle in Time? Believable, right? If I were a really, really smart baby?


Alas, it was the Berenstain Bears’ “Bears in the Night,” whose text consists of a grand total of twelve prepositional phrases. It’s about a bunch of bears who sneak out of their house and wander through a nighttime landscape looking for an owl. My children now read this book, and I will admit I still find it kind of scary.

I just finished a hilarious novel by a Nigerian writer named Adaobi Nwaubani called I Do Not Come to You By Chance, about the 419 email scam. (You know, when there’s a deposed Nigerian prince who hasn’t emailed you by chance, but because he knows you are a person of great integrity who can be trusted to assist him in retrieving his $253 million inheritance in exchange for a 20% commission for your services—if you would first kindly front him a few thousand dollars to cover a few routine fees.) It describes, in high satire, a talented young Nigerian man who gets sucked into a “career” among the 419ers, in a comic voice that reminded me of 19th century writers like Mark Twain. I loved it.

And I just started Jennifer Gilmore’s novel The Mothers, about an infertile couple’s desperate quest to adopt a child. She describes the surreal adoption “process” (involving everything from laying bare the limits of your own generosity to subjecting yourself to strangers’ emotional exploitation) with such clarity that no reader will ever again console hopeful parents-in-waiting by admonishing them to “just” adopt. Her voice is so intelligent and lyrical and confident and empathetic, and I’m completely drawn into her story.

With orange chalk, decapitated dolls, and mold-covered dinosaurs, all in a row. (My children are ages 8, 6, 4, and 1. Pretty much nothing grows around my house except for them.)

My hotel in San Francisco, whose address I could not recall at 12:15am. (I met some nice people at my book event there. We had fun. Not that kind of fun, but I still couldn’t find my hotel afterwards.)


Ends 10/9/13
US only, no PO Boxes
Open only to those who can legally enter
Winning Entry will be verified prior to prize being awarded. No purchase necessary.
You must be 18 or older to enter .
The winner will be chosen by rafflecopter and announced here as well as emailed and will have 48 hours to respond or a new winner will be chosen.
This giveaway is in no way associated with Facebook, Twitter, Rafflecopter or any other entity unless otherwise specified.
The number of eligible entries received determines the odds of winning.
Giveaway was organized by BookHounds and sponsored by the publisher