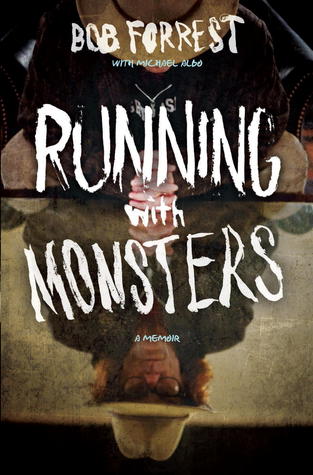 Publication Date: October 1, 2013
Celebrity Rehab star Bob Forrest’s memoir about his drug-fueled life in the LA indie rock scene of the ’80s and ’90s and his life-changing decision to become a drug counselor who specializes in reaching the unreachable.

On Dr. Drew’s Celebrity Rehab and Sober House, Bob Forrest is a counselor who helps some of the most unruly celebrities heal. He gets through to them because he knows what they’re going through–he was once the frontman of Thelonious Monster, a cult-favorite band, and ran with a group of musicians that included the Red Hot Chili Peppers’ Anthony Kiedis and Flea. Though his band’s future looked bright, Forrest was in bad shape and let his career slip away as he sunk deep into chemical dependency. He went through many unsuccessful stints in rehab. When his sobriety finally stuck, he saw an opportunity to help others who were in his same predicament. Fed up with the traditional rehab approach, he eventually developed his own outpatient program called Hollywood Recovery Services. He has since helped guide many people back from the brink of death.

About the Author
BOB FORREST is a musician, certified addiction specialist and counselor, recovering addict who has been sober for 15 years, and the father of two sons.

Bob Forrest has had a somewhat successful career as a musician and working in the music business until his drug habits catch up to him.  He spent massive amounts of money on his addiction, ruined relationships and barely made it out alive.  As the creative genius behind Thelonious Monster, he has seen his fellow musicians, like the Red Hot Chili Peppers succeed, while he was just barely surviving because of his addictions.  In his path to become clean, he found a career as a drug counselor, getting fellow musicians off drugs and partnered with Dr. Drew Pinsky on Celebrity Rehab.

I really enjoyed this memoir since it was so different from most of these music related stories that tend to follow a pattern.  Usually they follow the same series of events:  struggling to get noticed, fame and fortune, seduced by drugs, burnout and then getting clean/finding God.  This one didn’t quite follow those ideas. Forrest admits he was addicted even before fame set in, that he would do anything for drugs and that his prior attempts failed because he couldn’t get past the “God” element in the 12 Steps program that most sober programs use.

There is a wonderful balance between the music industry gossip and what it actually takes to become clean and sober.  His story also rings very true.  There is not a lot of embellishing to glamorize the drug use by celebrities, he lays the facts out while making it very interesting.  So come for the wonderful insider stories about a lot of famous musicians but stay for the fascinating story that is Bob Forrest’s life.  This is a very well done memoir.