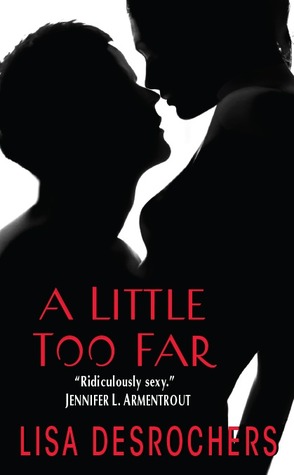 Have you ever gone just a little too far?

Yep. She just had mind-blowing sex with her stepbrother. In her defense, she was on the rebound, and it’s more of a my-dad-happened-to-marry-a-woman-with-a-super-hot-son situation. But still, he’s been her best friend and confidant for the better part of the last few years … and is so off limits. It’s a good thing she’s leaving in two days for a year abroad in Rome.

But even thousands of miles away, Lexie can’t seem to escape trouble. Raised Catholic, she goes to confession in hopes of alleviating some of her guilt … and maybe not burning in hell. Instead, she stumbles out of the confessional and right into Alessandro Moretti, a young and very easy-on-the-eyes deacon … only eight months away from becoming a priest. Lexie and Alessandro grow closer, and when Alessandro’s signals start changing despite his vow of celibacy, she doesn’t know what to think. She’s torn between falling in love with the man she shouldn’t want and the man she can’t have. And she isn’t sure how she can live with herself either way. 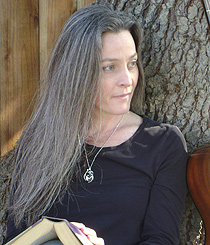 Lisa
Desrochers lives in northern California with her husband, two very busy daughters,
and Shini the tarantula. If you’d told her five years ago she’d write a book,
she’d have laughed in your face. As it turns out, she’d owe you an apology.
Writing has become an addiction for Lisa and A
Little Too Far, courtesy of HarperCollins, is her first novel for
adults. She is also the author of the young adult Personal
Demons trilogy from Macmillan.

When she’s
not writing, she’s reading, and she adores stories that take her to new places,
and then take her by surprise. Connect with her online at www.lisadwrites.com,
on her blog at lisadesrochers.blogspot.com, on Twitter at @LisaDez,
and on Facebook at www.facebook.com/LisaDesrochersAuthor.

Lexie’s life seems over when she catches her boyfriend-almost-fiancee sleeping around right when she is about to leave for college. She falls right into her step brother’s arms and since the two have been extremely close, it just seems natural.  Full of angst about the relationship she heads off to Rome for a year of study abroad.  As an art history major, she is in the midst of all that she loves.  Raised a Catholic, her guilt of this relationship eats at her, so she goes to confession thinking that the priest only speaks Italian. Well, she got that wrong and wandered into the only English parish in Rome.
The Father sends her off to help with a mission with a young-almost-priest, named Alessandro, and he inspires really impure thoughts.  As she gets settled in Rome and helping Alessandro inspire and teach youth art, the pair become extremely close.  Now torn between her step brother, Trent and Alessandro, poor Lexie is more confused than ever.   The story is brimming with conflict in this girl’s brain. Between her love for Trent and her feelings for Alessandro, she really need to make a decision.
Oh wow, this is one mixed up girl!  Lexie acts like a teen when she should really have grown up by now.  I am glad that she gets her act together by the end of the book and even though I can’t imagine anyone having relationships this complicated, Desrochers manages to make the whole thing believable.  I am so grateful that Lexie wasn’t an “oversharer” on social media.  She was at least mature enough to realize that could cause major problems for everyone concerned.  I really enjoyed this story and look forward to the next series installment.  This is recommended for mature teens since there is alcohol, sexual situations and language.