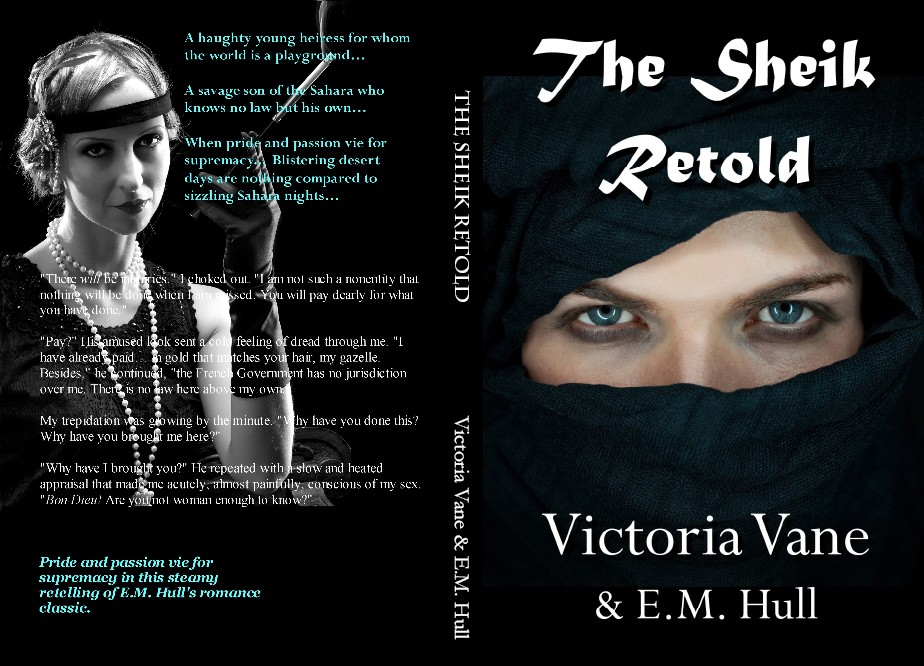 The Desert was Never Hotter!

Pride and passion vie for supremacy between a haughty young heiress and a savage son of the Sahara in this fresh new telling of E.M. Hull’s romance classic.

“There will be inquiries.” I choked out. “I am not such a nonentity that nothing will be done when I am missed. You will pay dearly for what you have done.”
“Pay?” His amused look sent a cold feeling of dread through me. “I have already paid… in gold that matches your hair, my gazelle. Besides,” he continued, “the French have no jurisdiction over me. There is no law here above my own.”
My trepidation was growing by the minute. “Why have you done this? Why have you brought me here?”
“Why?” He repeated with a slow and heated appraisal that made me acutely, almost painfully, conscious of my sex. “Bon Dieu! Are you not woman enough to know?”

When pride and passion vie for supremacy, blistering desert days are nothing compared to sizzling Sahara nights…

You can also purchase the eBook for $2.99 at your favorite retailers this weeked only!
Other e-book formats are available at Smashwords for the same price using coupon code : NJ57WSmashwords buy link: https://www.smashwords.com/books/view/351534 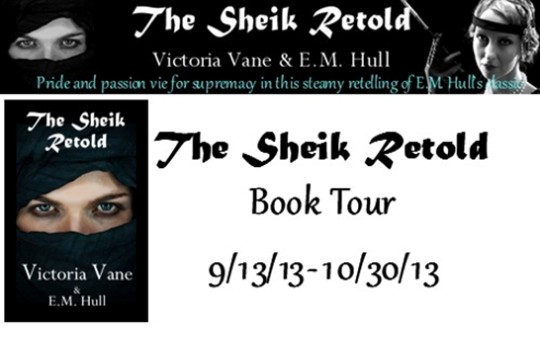 From the Author
AUTHOR’S NOTE
When first published in 1919, E.M. Hull’s The Sheik was an overnight bestseller with over fifty printings within the first two years of release. The book was also made into a silent film that catapulted its leading man, Rudolph Valentino, to superstardom. Given its huge success in its time, I have no doubt many readers will wonder at my motive in re-writing this romance classic.

As a reader, I have always found the “forced seduction”/rape-to-love trope appalling, and have never had such mixed feelings about a book as I did after reading The Sheik. It had so much to offer with its strong characters and beautiful descriptive prose, but it fell sadly short for me in so many other ways. I found the narrative too repetitive and the pace plodding. There was too much navel-gazing on the heroine’s part, and far too little actual interaction between the hero and heroine for a romance. In sum, I loved and loathed it in equal measure.

Nevertheless, this story captured my imagination and even though I had a number of other writing projects in progress, The Sheik held me hostage and absolutely refused to let me go. Once I began fantasizing about alternate scenarios, dialogue, and plot twists, I knew it was calling to me. I had no choice but to re-tell this story the way I envisioned it.

While I have taken a number of liberties in my re-telling, the main plot, characters, and descriptive passages are largely unchanged. I kept everything I loved and changed what I loathed. Although my version is not completely devoid of violence (to omit all of it would only have watered down Ahmed’s powerful alpha character), I have taken out the rape and animal abuse which I abhorred in the original. I have also thrown the bedroom door wide open.

Most important, however, is my portrayal of Diana. Even though she falls deeply in love with her captor, my version of the character stays true to her strong and self-willed nature right to the end.

While I believe The Sheik Retold will compare favorably to E.M. Hull’s The Sheik, readers of this book will be the ultimate judge.

Rakes and Sheiks and Cowboys… Oh My!