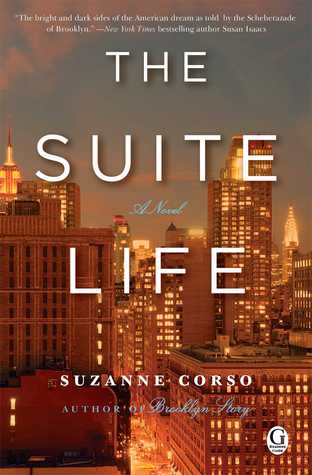 Hailed as one of USA Today’s New Voices for her 2011 literary debut, Brooklyn Story, Suzanne Corso brings back the “true female voice” (The New York Times) of aspiring author Samantha Bonti in this breathtaking companion novel.

IT WAS THE DECADE OF BIG MONEY, BIG RISKS, BIG HAIR, AND BIG DREAMS . . . AND THERE WAS ONLY ONE BIG CITY WHERE IT COULD ALL HAPPEN
Growing up in Brooklyn, Samantha Bonti knew the writer’s life she was meant to live waited across the bridge in Manhattan. Summoning the courage to break free from an abusive mobster boyfriend, Sam finally leaves Bensonhurst and begins her new life, working as a temp in a Wall Street brokerage firm. Quickly, she’s swept off her feet by Wall Street player Alec DeMarco, a man of boundless energy, appetites, desires, and the wealth to indulge it all. In a whirlwind courtship, Alec showers Sam with exquisite gifts, the city’s finest cuisine, spontaneous weekend getaways, and, most of all, the love and security a girl from an unstable Brooklyn upbringing craves. But when the party’s over—when Alec’s high-flying career turns litigious and the big money is left on the table—will love be enough to sustain them? With her dream of publishing her novel still very much alive, Sam can’t back down now; she must choose the life that’s most true to who she really is inside. 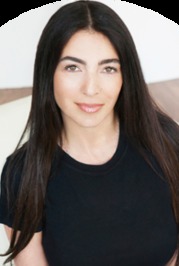 Suzanne Corso is the author of two feature film screenplays, has produced two documentaries, and written one children’s book. She was chosen as one of USA TODAY’s “New Voices of 2011” for her debut novel, A Brooklyn Story. She currently lives in New York City.


PROLOGUE
Brooklyn, 1982
“. . . twenty-five years to life . . .”
Those were the words uttered by the judge as he passed
sentence on Tony Kroon, my longtime abusive boyfriend and
soon-to-be ex. A loyal mafi a henchman who had managed to
kill someone in the course of a botched bank robbery and get
caught, Tony was being sent down—and I was fi nally free of
him. As he was being led away in handcuffs our eyes met briefl y.
Tony’s were as stony cold as ever and mine were already fi xed on
the future—at nineteen, I fi nally had a future to look forward to.
The Brooklyn Bridge and all in between that separates Bensonhurst,
the world in which I grew up, from the fascinating and
fulfi lling life that I was certain was awaiting me in Manhattan.
And I fi nally had my passport in hand—an appointment that
very afternoon with an editor at an important New York publishing
house who had read my manuscript and wanted to meet
me. For as long as I could remember, I’d been writing, keeping
journals, and dreaming of being a published author. Somehow
I’d always believed that my writing would someday provide my
ticket out of Brooklyn. Now it seemed that day had fi nally come.
Nothing was going to stand in my way and everything was
going to be different from that day on. The destitute life my
frail, divorced mother lived would never be mine. There would
be none of the alcohol and drugs that were her crutches, none
of the sickness in body and mind that had consumed her. None
of that for me.
“Samantha Bonti?” a smiling young woman asked as she
approached me in the publisher’s waiting room, hand outstretched
in greeting. “I’m Kim, Lucy Hastings’s assistant. Sorry
to keep you waiting. I’ll take you in now. I know Lucy’s been
looking forward to this meeting.”
And with that, no more than two hours after seeing Tony
being led off to prison and out of my life, I was sitting across
the desk from the woman I absolutely knew would be my future
editor. Her comfortable but cluttered office was piled high with
manuscripts, and, as I looked around, I was flattered that, of all
the submissions she clearly received every day, she had thought
enough of mine to schedule this meeting.
Lucy was probably in her mid-forties, casually but professionally
dressed in what I would soon learn was the quintessential
New York professional’s black sweater and tailored slacks.
As I started to tell her about the many truths behind the fiction
I had written—including growing up with an alcoholic and
drug-addicted mother, living on welfare and food stamps, and
being trapped in an abusive relationship with Tony, all the while
receiving constant support from both my Jewish grandmother
and my church—it seemed as though she was as taken with my
stories in person as she had been with my novel. As we finally
said our good-byes Lucy assured me that I’d be hearing from her
soon, and I left feeling pretty good about myself, confident that
they’d be making an offer. I was already envisioning my book
stacked up in front of the store at Barnes & Noble.
After pretending to have a doctor’s appointment to take the
meeting that would launch my career as a writer, I went back to
my office temp job at a financial firm on Wall Street and then
home to my five-story walk-up studio in Bay Ridge—and I waited.
And waited. But as the weeks dragged on and I had yet to hear
the words that would change my life forever, I couldn’t stand it
any longer. I needed to know what was happening.
The first time I called Lucy’s office to follow up, Kim of
the warm smile and outstretched hand told me that Lucy was
“away from her desk.” The next time she was “on another call.”
As my calls become more frantic and the excuses less believable,
I spent my days at work jumping whenever my phone rang,
afraid even to go to the ladies’ room for fear that I’d miss that
all-important call. At night I curled up in bed with my arms
wrapped around a pillow and my fingers wrapped around my
rosary beads, endlessly repeating my Hail Marys.
When Lucy finally did return my calls, she was apologetic
but brutally honest. Unfortunately, she said, they wouldn’t be
able to publish my book after all. My stomach bottomed out before
she could even finish the sentence. I was crushed. I gathered
my wits and thanked her for her time before asking her reasons
for passing. She paused, momentarily at a loss for words, and
then sighed and admitted: “Because my publisher can’t take the
heat . . . I’m so sorry, Sam. I wish . . .” Things were different? Yeah,
me too. “I wish you the best of luck with your book.”
That’s all I needed to hear. I had visions of Tony’s underlings
making thinly disguised threats from a series of smelly Brooklyn
phone booths. There was no point even trying to argue with her.
It was clear to me that I’d never be able to change her mind, not
with Tony continuing to meddle in my life from behind bars. Shit!

2 winners, US ONLY
Ends 9/20/13
Sorry, no PO Boxes
Open only to those who can legally enter
Winning Entry will be verified prior to prize being awarded. No purchase necessary.
You must be 13 or older to enter .
The winner will be chosen by rafflecopter and announced here as well as emailed and will have 48 hours to respond or a new winner will be chosen.
This giveaway is in no way associated with Facebook, Twitter, Rafflecopter or any other entity unless otherwise specified.
The number of eligible entries received determines the odds of winning.
Giveaway was organized by BookHounds and sponsored by the publisher.
VOID WHERE PROHIBITED BY LAW.