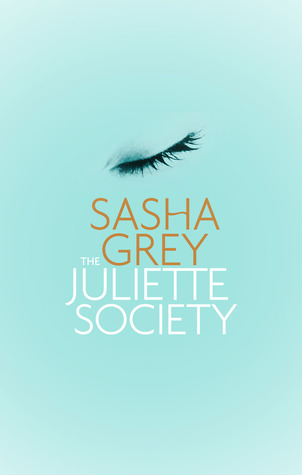 In her debut erotic novel, Sasha Grey takes us inside a private, high-profile, sex society where anything and everything can happen.
Catherine, a blossoming film student whose sexuality has been recently stirred, finds herself drawn into a secret club where the world’s most powerful people meet to explore their deepest, often darkest sexual fantasies. Even as it opens up new avenues to pleasure, it also threatens to destroy everything that Catherine holds dear.
From bathroom stalls in dive bars, to private jets over St. Tropez, Catherine takes the reader with her through a sexual awakening and psychological development, unparalleled in contemporary erotica. 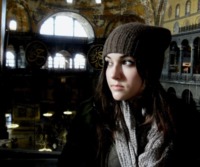 Sasha Grey (born Marina Ann Hantzis) is an American actress, model and musician, and former pornographic actress. Later in her adult film career, she was profiled by several popular culture magazines and television programs. She won several AVN Awards between 2007 and 2010, and has also been featured in music videos and advertising campaigns.
After her feature film debut as the lead in Steven Soderbergh’s The Girlfriend Experience, she shifted her focus to acting, starring in the black comedy/horror film Smash Cut as April Carson, as well as having a supporting role in season 7 of HBO’s Entourage. She has also appeared in independent films Quit, The Girl from the Naked Eye, Life, and Mark Pellington’s I Melt With You. She is a member of aTelecine, an industrial music band.

WANT TO WIN A COPY OF THIS BOOK?
US ONLY
Your choice of eBook or Paperback!

Ends 9/9/13
Open only to those who can legally enter
Winning Entry will be verified prior to prize being awarded. No purchase necessary.
You must be 18 or older to enter .
The winner will be chosen by rafflecopter and announced here as well as emailed and will have 48 hours to respond or a new winner will be chosen.
This giveaway is in no way associated with Facebook, Twitter, Rafflecopter or any other entity unless otherwise specified.
The number of eligible entries received determines the odds of winning.
Giveaway was organized by BookHounds and sponsored by the publisher.
VOID WHERE PROHIBITED BY LAW.