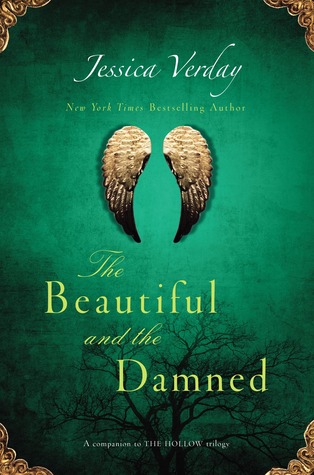 Cyn Hargrave is on the run, but she can’t escape her dark past. The brother of her murdered boyfriend is convinced she’s the killer—and now he’s tracked her down. Cyn has only one person to turn to, and she can’t stand him.

Avian knows the evil that lives inside of Cyn, but he’s still compelled to help her. As the thirteenth Revenant he’s scorned by heaven and unwanted by hell, so he understands what it’s like to be a part of two worlds and not fit into either.

Together they will need to deal with the danger that follows her—and the danger inside of her—before one of them destroys her.

Jessica Verday brings readers on a sexy, suspenseful adventure in this companion novel to the bestselling Hollow trilogy.

About the Author
Jessica Verday writes the first drafts of her novels by hand, using spiral-bound notebooks and black pens. She lives with her husband in Goodlettsville, Tennessee. Find out more at JessicaVerday.com and follow her on Twitter at @JessVerday.

Growing up, Cyn has always seen faces in the mirror other than her own.  Now sixteen, she has started blacking out, not remembering anything about her lost time.  When she wakes up covered in her boyfriend’s blood and convinced she murdered him, she panics and runs from Sleepy Hallow to a small town in New York.  Cyn finds that she can make people bend to her wishes and make them do anything for her without them remembering.  She coerces people to “loan” her cars, give her larger tips at her waitress job and supply her with alcohol and cigarettes when she needs.  Then she wanders into a bar and has no luck at all with the staff.  She also sees that the some of the guys there are not at all human.  And these guys recognize her for what she is:  an Echo, someone who has souls of those not ready to pass on using her body much like a parasite.

At the bar, she meets Avian, a Revenant, born of a demon and angel and wanted by neither heaven nor hell.  He lives with a priest, who sees the good in him and gives him support as he seeks to take care of those the angels and demons won’t go against like vampires.  Avian doesn’t actually like her since he knows that she is trouble, but is drawn to Cyn anyway and wants to protect her.  He knows she is possessed by an evil spirit named Vincent and their goal is to get the guy to leave her alone.  In the meantime, her dead boyfriend’s brother comes looking for her to settle the score, thinking she did indeed murder him.  The ex-cop soon becomes her worst nightmare.

As the story progresses, you really feel Cyn’s pain and you will find yourself cheering for her as she tries to rid herself of this demon and have some peace.  I stayed up super late since I was so intrigued by this story.  It was very suspenseful and creepy at the same along with enough mystery about Cyn’s actually participation in her boyfriend’s murder and her “lost time”.  Having read the Hollows ages ago, I have forgotten the characters, so I read this one with no remembrance of Cyn.  Parents: this one is best suited for teens since there is alcohol and some violence involved.

This song pretty much sums up this book:  Monsters by The Filthy Souls