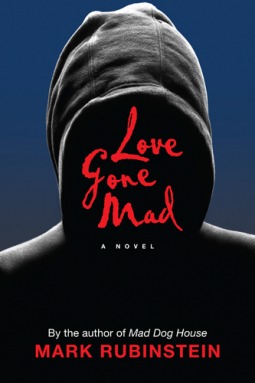 When heart surgeon Adrian Douglas and Megan Haggarty, RN, meet at the hospital where they work, neither has any idea of the scorpion’s nest into which they’ve stumbled. Strange and frightening events begin happening to each of them; someone is after them both–and the stalker is not only brilliant and crafty, but vows to exact revenge for the ultimate betrayal. As things spin out of control, Megan and Adrian fight for their lives. 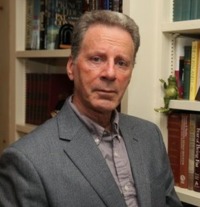 MARK RUBINSTEIN grew up in Brooklyn, NY, near Sheepshead Bay. After earning a degree in Business Administration at NYU, he served in the U.S. Army as a field medic tending to paratroopers of the Eighty-Second Airborne Division. After his discharge, he went to medical school, became a physician, and then a psychiatrist. As a forensic psychiatrist, he was an expert witness in many trials. As an attending psychiatrist at New York Presbyterian Hospital and a Clinical Assistant Professor of Psychiatry at Cornell, he taught psychiatric residents, psychologists, and social workers while practicing psychiatry. His first thriller, MAD DOG HOUSE was released in the fall of 2012. Before turning to fiction, he coauthored five books on psychological and medical topics. He also is a contributing blogger to Huffington Post and Psychology Today. He lives in Connecticut with as many dogs as his wife will allow in the house. He is currently working on his next novel.

The first book I clearly recall reading as a child was a beautifully illustrated version of Pinocchio by Carlo Collodi. A magical and frightening story. I was completely enchanted by it.

My garden grows with plenty of organic fertilizer–Plant Tone and Holly Tone with the latter being used on three gorgeous Colorado blue spruce I planted a few months ago. I love evergreens of all kinds and have planted over 150 trees on my land.

The last thing I Googled was the correct spelling of “Collodi” so I could answer # 1. Just before that, I looked up the correct terminology for the common police barrier used to close off crime scenes in addition to yellow tape. It’s called a “sawhorse.” (Didn’t know the right word for it).

Very little makes me cringe since I was in the army, went through medical school, became a physician and then a psychiatrist. I think I’ve seen the most cringe-worthy things you can see in this life. That being said, I cringe when confronted with the ubiquitous displays in humanity of greed, hatred, jealousy, and the unquenchable need of people (nation states) to make war with each. It makes me fear for our future and that of our children on this increasingly stressed-out planet.

WANT TO WIN A COPY OF THIS BOOK?
US ONLY

Ends 9/8/13
Open only to those who can legally enter
Winning Entry will be verified prior to prize being awarded. No purchase necessary.
You must be 18 or older to enter or have your parent enter for you.
The winner will be chosen by rafflecopter and announced here as well as emailed and will have 48 hours to respond or a new winner will be chosen.
This giveaway is in no way associated with Facebook, Twitter, Rafflecopter or any other entity unless otherwise specified.
The number of eligible entries received determines the odds of winning.
Giveaway was organized by BookHounds and sponsored by the publisher.
VOID WHERE PROHIBITED BY LAW.