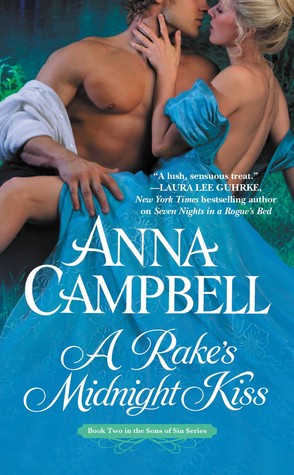 It Takes A Lady
Brilliant scholar Genevieve Barrett knows how to keep a secret. Her identity as the author of her father’s academic articles has always been her greatest deception—until a charming housebreaker tries to steal the mysterious Harmsworth Jewel from her. She doesn’t reveal that she recognizes her father’s devastatingly handsome new student as the thief himself. For Genevieve, this will be the most seductive secret of all…
To Catch A Thief
Sir Richard Harmsworth has been living a lie, maintaining a rakish façade to show society that he doesn’t care about his status as a bastard. Yet long haunted by his unknown father’s identity, Richard believes the Harmsworth Jewel will confirm his claim as the rightful heir. But when Richard sets out to seduce the bookworm who possesses the stone, he instead falls for its beautiful owner. But even as she steals Richard’s heart, Genevieve will be in greater danger than her coveted treasure… 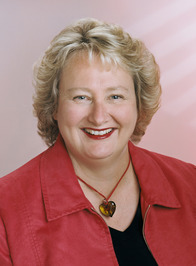 About the Author
I’ve always been a voracious reader! I write Regency historical romance for Grand Central Publishing and Avon. My multi award-winning books include CLAIMING THE COURTESAN, UNTOUCHED, TEMPT THE DEVIL, CAPTIVE OF SIN, MY RECKLESS SURRENDER and MIDNIGHT’S WILD PASSION.
My latest release is SEVEN NIGHTS IN A ROGUE’S BED from Grand Central. It’s a gothic take on Beauty and the Beast and the beginning of my very first series, “Sons of Sin”.

In late 2012, I’ve got an e-novella hitting the digital shelves, THE WINTER WIFE: A CHRISTMAS NOVELLA.

In 2013, there’s another e-novella THESE HAUNTED HEARTS: A REGENCY GHOST ROMANCE in March. Followed by another e-novella as part of the “Sons of Sin” series, DAYS OF RAKES AND ROSES, in August. My next full-length release is A RAKE’S MIDNIGHT KISS, book 2 in the series, in September. This is Sir Richard Harmsworth’s story.

The newcomer’s voice was smooth, educated and oddly familiar. Genevieve frowned as her mind winnowed where they’d met. Unlike her father, her life was not awash with new acquaintances. The only stranger she’d encountered recently was her mysterious burglar.

Half-formed thoughts hurtling through her mind, she studied the stranger. Mr. Evans shared the burglar’s height but not his bright gold hair. This man’s hair was dull brown. His hair was the only dull thing about him. His face was lean and distinguished. His jaw was firm and determined. His clothing was remarkably elegant, for all that he dressed for the country.
What a fool she was to imagine a fleeting similarity. The Duke of Sedgemoor would hardly play host to a sneak thief. Her nerves were still on edge after the break-in.
“He didn’t mention your call,” Genevieve said steadily.
Mr. Evans turned to Genevieve and dark blue eyes, guileless as the sky, surveyed her top to toe. Lord Neville inspected her in a similar manner at every meeting. This time instead of aversion, she felt a frisson of feminine awareness. Every nerve tightened with warning. This man had predator stamped all over him.
“Is this an inconvenient time? I can come another day.” A quizzical expression lit Mr. Evans’s face and Genevieve realized he’d misunderstood her scowl.
A storm of screeching and hissing drowned her answer. Hecuba, her aged black cat, leaped onto Genevieve’s shoulder, dug her claws in, then launched herself at the high shelf lined with china plates. The dog barked once, then settled at his master’s heel.
“I’ll put Sirius outside,” he said calmly. “But first I’ll rescue your cat.” Mr. Evans reached up and Hecuba dived into his arms as fast as a gannet plunged into the sea after a herring.
With a gentleness that made Genevieve’s foolish heart skip a beat, Mr. Evans passed Hecuba across. The man snapped his fingers at the dog. “Come, Sirius. Outside.”
Genevieve still recovered from her odd reaction to the sight of those capable, deft hands handling her cat. She bent over Hecuba, hoping that nobody noticed that the usually unruffled Genevieve Barrett was indisputably ruffled.
Who was this fellow? Gentlemen of such address never came within her orbit. Or her father’s.
“Let Sirius stay.” She cursed her breathless tone. What on earth was wrong with her? At twenty-five, she was well past the giggly stage. Yet Mr. Evans had an extraordinary effect on her. He made her feel as though her world span out of control. And he’d done it with an ease that she couldn’t help resenting.
The man glanced at her and the laughter in his eyes stirred another shiver of awareness. She straightened against unwelcome giddiness. Mr. Christopher Evans was far too charming for his own good.
Or for hers. 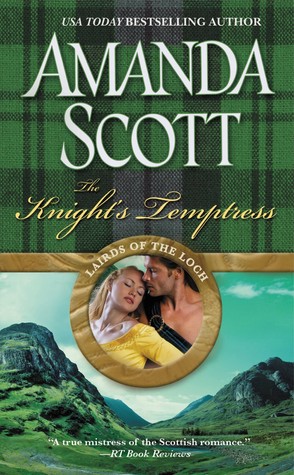 When Lady Lachina “Lina” MacFarlan of Tùr Meiloach and her new sister-in-law, Elizabeth, are captured by seditious villains who have seized the royal burgh, harbor, and castle of Dumbarton, the two young women unknowingly throw a hitch into the plans of Sir Ian Colquhoun, the daredevil knight of the realm who is on his own secret mission to recapture Dumbarton for the King of Scots.

Instead of securing Dumbaton, Ian must first rescue the women and return them to Tur Meiloach. Their journey will be perilous—especially because Ian has long admired the lovely Lady Lachina, and for the first time she seems to show signs of returning his attentions. But for Ian duty must come before desire. The fate of the King of Scots and Lina’s own father rests in his hands. He cannot afford to be tempted by anything—even the promise of Lina’s love 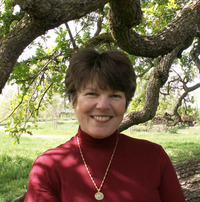 About the Author
Amanda Scott is the author of over 50 romance novels and the recipient of the Romance Writers of America’s prestigious RITA Award. She lives in Folsom, California, outside of Sacramento. She is a fourth-generation Californian.

WEBSITE *  FACEBOOK
EXCERPT
“I haven’t kissed you properly yet,” Ian said, taking Lina by the shoulders and drawing her slowly nearer, tantalizing himself with lusty images as he did.
Someone had lit a cresset on a corner table and several branches of candles, so he had light enough to see her eyes widen and her pupils enlarge.
Her dusky eyelashes fluttered lower.
The bed—invitingly large—stood behind her, its dark red curtains tied back to show that someone had turned down the covers for them.
Putting two fingers beneath her chin, Ian tilted her head up and touched her lips gently with his as he had earlier. Feeling her tremble, he pressed harder and eased his free hand from her warm shoulder down her back. Then, he urged her closer, wanting her to feel the length of his body against hers for the first time.
“I think I’ve dreamed this,” she murmured against his lips.
“Have you?” he murmured back. “I hope not all of this. That would be most unseemly for a maiden, lass. Did you dream this part?” he added, sliding his tongue into her mouth. Then, moving the hand at her chin to cup the back of her head, he held her so that she would not pull it back.
As he explored her mouth with his tongue, he deftly removed her veil. Then, casting it aside, he wove his fingers into the thick, silky coils of her hair. His tongue continued working busily, tantalizingly, in the velvety confines of her mouth.
He felt her soft breasts swell against him.
When she moaned softly, he eased his fingers through her hair, finding pins and loosening the coil and then her golden plaits. His free hand drifted from the small of her back to the curve of her bottom.
“You taste like honey,” he murmured against her lips. He savored the taste and tasted again.
She was silent but wonderfully submissive as if she were willing to learn as he explored her, and once again, he marveled at her calm. But it stirred him, too, as it had in the past, when it had stirred him to mischief. Now, it stirred other senses.
He wanted her even more than he had anticipated. But, his father had often said that a marriage was a long and often thorny relationship. One did well to remember that and not proceed as if one had just received a new plaything.
“I see that you have set me a new challenge,” he whispered in her ear.
“What?” Her breath touched his neck, sending blood coursing through him.
“To make you want me just half as much as I want you.”
With a little gasp, she pulled back enough to look at him, her rosy lips softly, sensuously parted. Her eyes warmly reflected the golden glow of the candlelit room.
Sure of himself now, he reached for her kirtle laces.
WANT TO WIN A COPY OF THESE TWO BOOKS?
US ONLY

Ends 9/6/13
Open only to those who can legally enter
Winning Entry will be verified prior to prize being awarded. No purchase necessary.
You must be 18 or older to enter or have your parent enter for you.
The winner will be chosen by rafflecopter and announced here as well as emailed and will have 48 hours to respond or a new winner will be chosen.
This giveaway is in no way associated with Facebook, Twitter, Rafflecopter or any other entity unless otherwise specified.
The number of eligible entries received determines the odds of winning.
Giveaway was organized by BookHounds and sponsored by the publisher.
VOID WHERE PROHIBITED BY LAW.