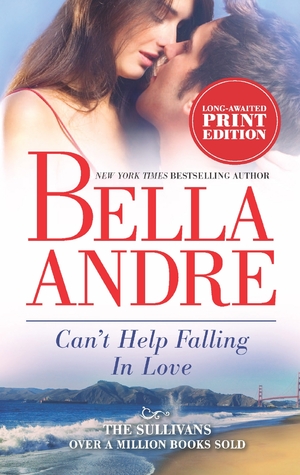 How much is worth risking?

Gabe Sullivan risks his life every day as a firefighter in San Francisco, but he knows better than to risk giving his heart again. Especially not to the woman he saved from a deadly apartment fire…and can’t stop thinking about.

Megan Harris owes everything to the heroic firefighter who saved her and her daughter. Everything except her heart. Because after losing her pilot husband, she has vowed to never suffer through loving—and losing—a man with a dangerous job again.

But when Gabe and Megan meet again, how can he possibly ignore her courage, determination and beauty? And how can she deny not only his strong bond with her daughter…but also his sweetly sensual kisses, challenging her to risk everything she’s been guarding for so long?

About the Author
New York Times bestselling author Bella Andre is known for “sensual, empowered stories enveloped in heady romance” (Publishers Weekly). Winner of the Award of Excellence, the Washington Post has called her “one of the top digital writers in America.” Married with two children, Bella splits her time between Northern California and the Adirondacks. You can visit Bella online at www.BellaAndre.com.

Megan and her daughter, Summer, are rescued from their burning apartment in San Francisco by firefighter, Gabe Sullivan.  The girls make it out, but Gabe is hit on the head by a beam.  Megan finds him in the hospital and thanks him and while she is now a widow, she doesn’t plan on ever falling in love again.  Neither does Gabe, but both of them can’t help but feel a spark between them, something that could ignite into a real fire between the two.  (Can’t help falling for puns! – permission to groan granted!)

I can’t believe that this series just keeps getting better.  Summer, really shines in this book and almost takes over with her rapid insights and precociousness.  Several times, I thought that she said exactly what needed to be said to get Megan to move closer to Gabe, as well as forcing Gabe’s hand a few times.  There are some steamy scenes as well, which are so well done and really add to the story rather than just gratuitous filler. Now, I can’t wait until I Only Have Eyes For You, which will shine a light on Sophie, a librarian!  YAY!