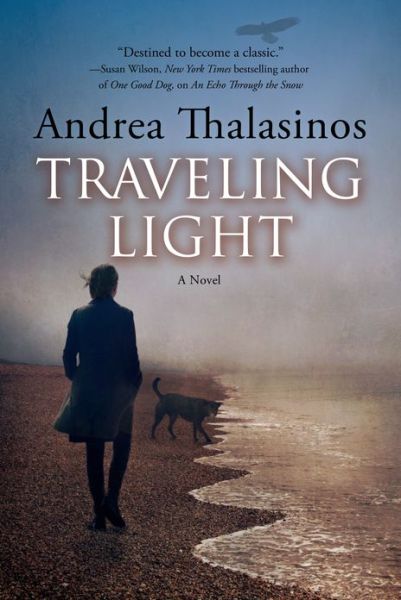 Paula Makaikis is ashamed of her marriage. Driven out of their bedroom by Roger’s compulsive hoarding, she has spent the past ten years sleeping downstairs on her husband’s ratty couch. Distant and uninspired, Paula is more concerned with the robins landing on her office window ledge than her hard-earned position at the university.

Until a phone call changes everything.

A homeless Greek man is dying in a Queens hospital and Paula is asked to come translate. The old man tells her of his beloved dog, Fotis, who bit a police officer when they were separated. Paula has never considered adopting a dog, but she promises the man that she will rescue Fotis and find him a good home. But when Fotis enters her life she finds a companion she can’t live without. Suddenly Paula has a dog, a brand-new Ford Escape, an eight-week leave of absence, and a plan.

So Fotis and Paula begin the longest drive of their lives. In northern Minnesota, something compels her to answer a help-wanted ad for a wildlife rehabilitation center. Soon Paula is holding an eagle in her hands, and the experience leaves her changed forever.

An inspiring story about fate, family, and healing, this novel explores what is possible when we cut the ties that hold us down and the heart is free to soar.

Traveling Light by Andrea Thalasinos is an inspiring story about fate, family, and healing. 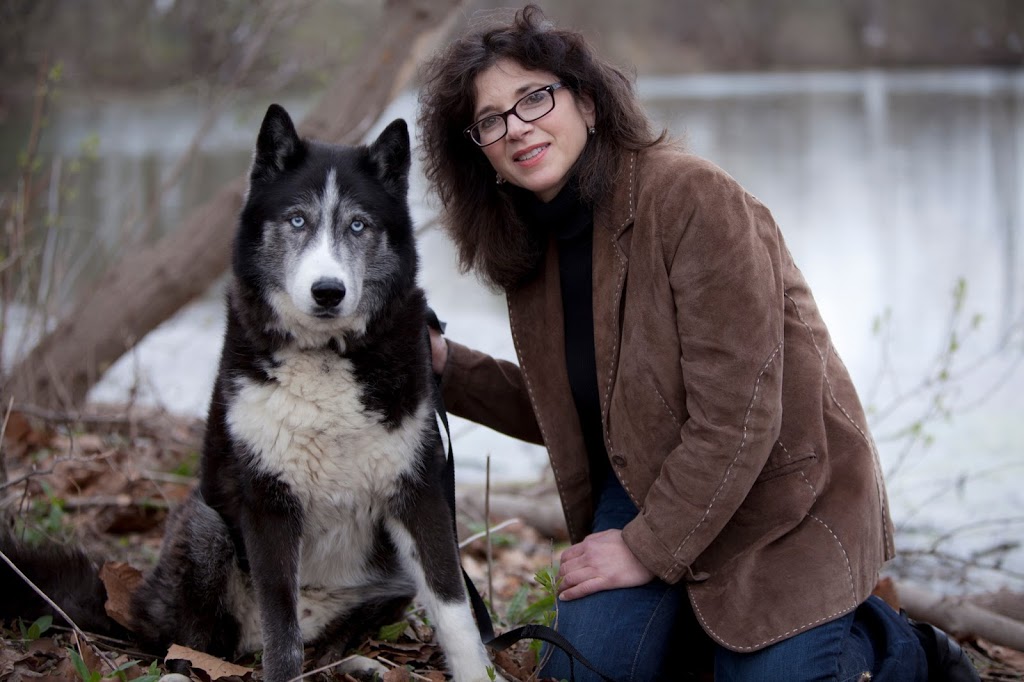 ANDREA THALASINOS, Ph.D., is a professor of sociology at Madison College. She is the author of An Echo Through the Snow, an inspiring novel that combines her longstanding passions for dogs, nature, and native peoples. Andrea lives and writes in Madison, Wisconsin.
Website * Goodreads

Almost six years ago one of my precious sled dogs, Leda was diagnosed with lymphoma and died shortly thereafter. She’d been only 11 ½ years old. I was used to huskies living to more than 15 and had assumed that for Leda and me, the best was yet to come.

Leda had been one of my younger dogs, her son Panda the youngest.  I’d taken it for granted that once my two ailing 15 + year old had dogs passed on, Panda and Leda would “cash in” to be spoiled rotten after we were down to a two-dog household.  I’d put off many things in lieu of caring for the older dogs, but for my lovely Leda this time would never come. Within three months, I’d lost the older two females (which was expected), but then out of nowhere Leda became gravely ill and was gone within a month.  Her death broke my heart and left me with the bitter sting of false promises. It was a harsh lesson—one I keep in my arsenal of reminders:  to live in the moment, put nothing off.

Leda’s early death had also left Panda a lone dog in a once multi-dog household.  He and I would look at each other, our expressions mirroring the silence, stillness and harshness of no second chances.

Then about eighteen months later on Valentine’s Day a rescue friend of mine phoned, looking to place a husky from Washington State.  I was ambivalent about getting another dog.  I didn’t think I had room in my heart.  “There’s nothing bad in this one,” my friend and the legendary, Lois Leonard encouraged. On Lois’ word, I adopted Luna.  The dog was just as much a stranger to us as we were to her.  To be truthful, I almost resented her for not being Leda.  The first few months were awkward since Panda and I had been bonded since his birth in my home.  I was the first thing he’d touched outside of his mother’s body, plus he’d run with my dog team from the time he was six months old.

A few months later as Panda and I were cuddling, Luna stepped up.  She nudged my arm, wanting in on the cuddle as if to ask, “I know you don’t love me like him, but could you?”  I will never forget that moment.  Her request broke open my heart; I loved Luna as my own.

It took losing my sweet Leda to teach me that sometimes tomorrow never comes.  Love well the people and animals in your life.