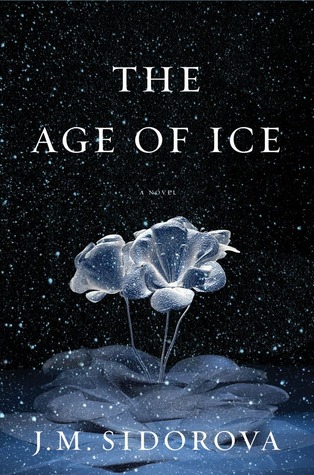 The Empress Anna Ioannovna has issued her latest eccentric order: construct a palace out of ice blocks. Inside its walls her slaves build a wedding chamber, a canopy bed on a dais, heavy drapes cascading to the floor—all made of ice. Sealed inside are a disgraced nobleman and a deformed female jester. On the empress’s command—for her entertainment—these two are to be married, the relationship consummated inside this frozen prison. In the morning, guards enter to find them half-dead. Nine months later, two boys are born.

Surrounded by servants and animals, Prince Alexander Velitzyn and his twin brother, Andrei, have an idyllic childhood on the family’s large country estate. But as they approach manhood, stark differences coalesce. Andrei is daring and ambitious; Alexander is tentative and adrift. One frigid winter night on the road between St. Petersburg and Moscow, as he flees his army post, Alexander comes to a horrifying revelation: his body is immune to cold.

J. M. Sidorova’s boldly original and genrebending novel takes readers from the grisly fields of the Napoleonic Wars to the blazing heat of Afghanistan, from the outer reaches of Siberia to the cacophonous streets of nineteenth-century Paris. The adventures of its protagonist, Prince Alexander Velitzyn—on a lifelong quest for the truth behind his strange physiology—will span three continents and two centuries and bring him into contact with an incredible range of real historical figures, from Mary Shelley, the author of Frankenstein, to the licentious Russian empress Elizaveta and Arctic explorer Joseph Billings.

The Age of Ice is one of the most enchanting and inventive debut novels of the year. 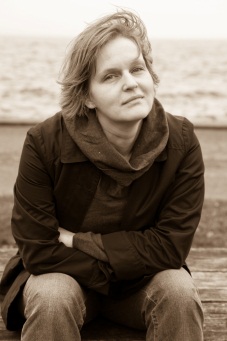 About the Author
J.M. Sidorova was born in Moscow when it was the capital of the USSR, to the family of an official of the Ministry of Foreign Trade. She attended Moscow State University and the graduate school of the Russian Academy of Sciences. She moved to Seattle, Washington, in 1990 and works as a research professor at the University of Washington, where she studies cellular biology of aging and carcinogenesis.

WANT TO WIN THIS BOOK?
Contest is open to anyone with a US mailing address and ends 8.4.13
Sorry, NO PO Boxes You must be over 13 years old.
Winner will be chosen by Random.org  –  Void Where Prohibited.
Winner will have 48 hours to respond to email or a new winner will be chosen
This giveaway is sponsored by the publisher and one copy is available.

Complete the form below!
Follow Me
+1 Leave a comment with an email address
(you can do this daily for extra entries)
+1 Follow my reviews on GoodReads HERE
(I am at my limit of friends!)
+1 Follow me on Twitter HERE
+1 Like BookHounds on Facebook HERE
+1 Post about this giveaway on your social networking site and leave me a link here.  You can do this daily and receive an entry for each link you leave.  One per day per site.