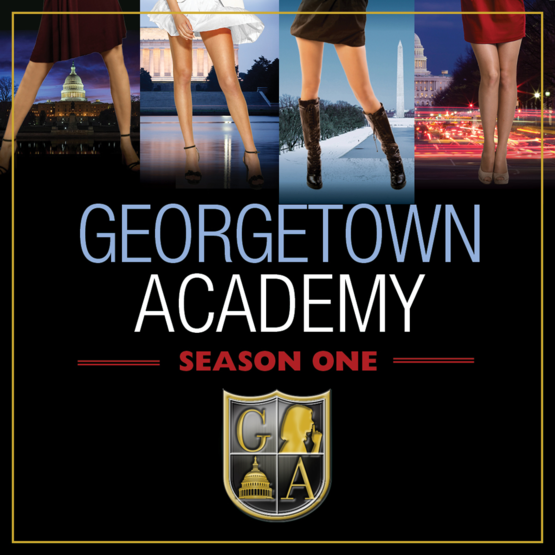 Available for the first time in a single volume, the first four books of the Georgetown Academy series have been hailed by Gossip Girl producer, Josh Schwartz, as “Smart, sexy and insanely addictive.” Now it’s your turn to get hooked.

Meet Ellie, Brinley, Evan, and Taryn — Four sophomores at Georgetown Academy, D.C.’s most exclusive private school, where among the exclusive parties and perfectly manicured lawns, student life seems drama-free. But everyone always has something to hide.

THE IT GIRL NEXT DOOR

Everyone wants a piece of Ellie Walker and her Senator mom, but Ellie’s always been happy to cede the spotlight. Kind-hearted, sweet, and half of G.A.’s perfect power couple, Ellie has it all…until her ex-boyfriend, Gabe, moves back to town and turns her world upside down leaving her to choose between love and loyalty.

Brinley Madison, of those Madisons, relishes her family’s status as the ultimate D.C. insiders. While her political strategist father plays kingmaker, Brinley maneuvers behind the scenes in school and at home. Brinley knows better than to keep a secret that could hurt her family, but sometimes desire turns to addiction, putting the family reputation at risk.

Evan Hartnett doesn’t have the typical pedigree of a G.A., student. In fact, she has no pedigree at all. Her academic scholarship may get her access to the classroom, but she’s still on the outside looking in…until a series of unexpected boyfriends rocket her to national attention.

Taryn Reyes’ laid-back, bohemian vibe doesn’t exactly mesh with her new surroundings, but she’s remarkably secure and unconcerned. But after her first run-in with D.C.’s dirty politics, she finds out that keeping her integrity and her heart intact may be harder than she thinks.

SO….this series has quickly become on of my favorites.  You can now purchase the first four as a book bundle for only $9.99 !

Here is a recap of each book: 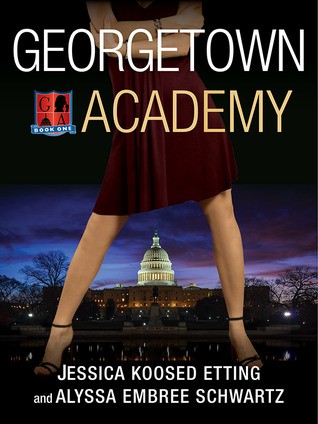 Brinley, the queen bee of Georgetown Academy, an elite prep school for Washington’s elite, is starting off the school year by getting her classmates in social order with the help of her boyfriend, the son of the Vice-President.  Her best friend, Ellie, is the daughter of a powerful senator but her boy friend, Hunter is the son of her mother’s political enemy.  Taryn, has just transferred in from California, with her father set to be the first Hispanic President and she is about to learn that the stakes are higher in this backstabbing arena of global power.  Evan is a bookworm that gets her shot as an intern at a highly political television show.

Much like Gossip Girl, this cast has a lot to lose if the the rumors get out of their social circle and could be devastating on a national level for their parents careers.  When Brinley decides to take down newcomer, Taryn by starting a rumor about her trading sex for drugs, she sets off a chain of events that can only end in heartbreak for all involved.  Secretly, I have a death wish for Brinley unless she redeems herself in upcoming installments.  Taryn is so down to earth and you feel like she has been thrown into the deep end of a pool of sharks but I have high hopes for her coming out on top. There are so many little subplots in this first one, that it could take multiple episodes to resolve.

Remember those cool “Choose your own adventure” novels back in grade school?  You had to flip the pages to get to the next section and the story could go in one of many directions depending on the character you chose to follow and what you decide they should do.  Well, this takes that to the next level.  Taking advantage of technology, you can click on a link to pick your character and action!  I admit, I did cheat a bit and read each character’s detour.  This is such a fun and quick read that anyone will love to get their hands on. Parents:  there is kissing, mentions of drug use, and some language. 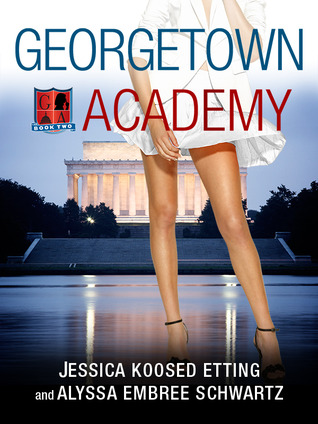 Let’s start with Brinley since she is the mean girl with a heart.  The story picks right up where the first one ended and Brinley is quickly loosing control of her dark, deep secret.  I am not going to divulge that since it would ruin the plot.  She does try to help her bestie, Ellie, track down who leaked a picture of her with her mother’s worst enemy’s son.  The backstory to that relationship will have you reeling.  Evan, the good girl is trying really hard to get in good with supervisor at her internship, but at the same time, she doesn’t want to ruin her friends’ lives by further her career with their secrets.  Taryn, in a stroke of brilliance, commands all of the attention by accident, and becomes the new *it* girl of Washington DC.

These books are like potato chips, you better have a bunch on hand since you will want to continue reading them well into the night.  I took books two, three and four on a five hour flight and had to go back and read each character’s thread because I didn’t want to miss a word or viewpoint. The writing in this series is amazing, full of details without being overly wordy.  Reading this series is much like watching a television episode since each installment, everything is paced perfectly.  Now, that I have read everything out so far, it is going to be a long summer until I can get my hands on the next one. 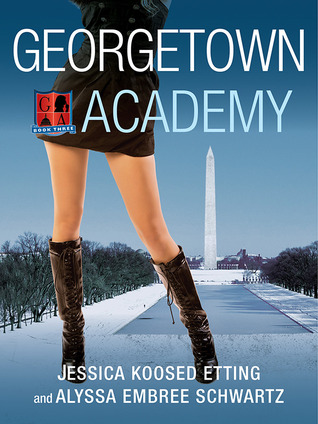 This series just keeps getting better and better! The crew is headed for skiing in Vermont and a break from the media coverage that has worn down even the most hardcore Washington resident that crave that spotlight. Brinley and her parents have circumvented a disaster by going public with her drug abuse and cleaned her up in rapid time. Now with a therapist in her corner, she gains strength to break away from the stranglehold Washington has on her. Ellie has to sit back and watch the love of her life, Gabe slowly get entangled with Taryn. Taryn tries to use Brooks, Brinley’s brother, to make him jealous but the whole thing backfires in her face when the unexpected happens. Ellie finally meets Weston, a guy she hopes will take her mind off of Gabe, but is he “all that” or too good to be true?

Well, since this series will be released about every 6 months, it doesn’t seem too long to wait, but I really am glad I had a chance to read them all in one sitting. They are that good. The biggest problem that I had was now is that I won’t see another installment until next January. SIGH. The character development in this series is just spectacular. Each character becomes deeper and with the chance to read their point of view with the interactive portion of each ebook. I admit that I had to obsessively read each one just to make sure I didn’t miss a thing. Parents: this series is best suite for teens since there is language, drug and alcohol use, sexual situations much like any decent teen show on the CW and you will find yourself sneaking them away from your kids. 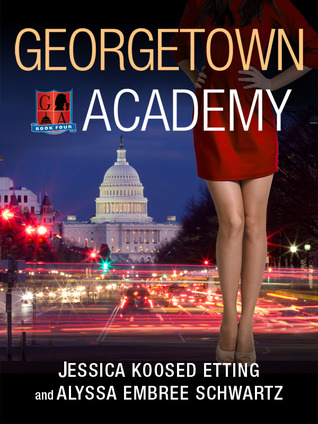 Well, book three left me hanging a bit when important news breaks that the vice president is going to resign and the race is down to two important players:  Taryn’s dad and Ellie’s mom.  Will these girls keep it together while under going even more media scrutiny, not to mention intense background checks?  Ellie must decide whether she can live without Gabe as not to ruin her mother’s chance at a moment in history, while Taryn is thrown more into the arms of Brinley and her family.  As Taryn’s dad has hired Brinley’s father to navigate the sharky waters of the nomination, she must learn how to act properly in Washington society.  Brinley has completely turned herself around and while still searching for who released the picture of Gabe and Ellie, she finds that her family is not as caring as she thinks. Evan is now in the in-crowd since her relationship with Hunter is now public, but it all goes awry when she starts thinking with her heart instead of being her usual cautious self.

Wow, just WOW.  This is probably the most fun read ever!  The pacing, character development and dialogue woven in with fashion and location are just phenomenal.    The characters continue to grow and develop and it is really wonderful that you can get the point of view for each interaction with the interactive function in this book.  For adults who wouldn’t be caught dead watching the CW, this should be your new guilty pleasure. Fill up your eReader with this series and take off to the beach, but prepare to for the sunburn to come once your forget about the time. Again, Parents, there is language, drug/alcohol use, and sexual situations but nothing worse than what is on television anymore.