EXCERPT FROM: WHAT A WICKED EARL WANTS
By Vicky Dreiling
Setting the scene: Bellingham’s friends prevail upon him to show Laura Davenport his special skill at billiards. Here is the scene.
“You have a trick?” Laura asked.
“It’s not really a trick,” Bell said.
“Do not let him fool you,” Harry said. “It’s quite impressive.”
“Then I insist upon a demonstration,” Laura said.
Bell set both of their glasses on a side table. Then he held out his hand to her. Once again, he was struck by her small hand. When she stood, the top of her head barely reached his chin. She was far more petite than most women. “I’ll do my best,” he said, “but occasionally it doesn’t work.”
“What is it?” she said.
“You’ll see,” Harry said. “Bell is a man of many talents.”
He said nothing as he lined the balls up in a perfect triangle and set the cue ball apart. Then he picked up the cue stick and sighted the white ball. He slid the stick over his hand and kept his eyes on the target. All of his concentration was on getting the right amount of force when he tapped the ball. He aligned his body with the cue ball, focused, and took the shot. The balls scattered over the green baize surface and dropped into the various six pockets.
Laura clapped her hands. “That was amazing.”
“Our friend is an amazing fellow,” Colin said from the sideboard, where he’d poured himself a brandy.
“However did you learn to do that?” she asked.
“I just experimented,” he said.
“You are too modest,” she said. “I doubt I could make even one land in a pocket.”
“Of course you could if you know what you’re doing.” Bell beckoned her. “I’ll show you.”
She looked a bit uneasy as she neared him.
“You’ll need to remove the gloves,” he said.
Her fingers fumbled a bit as she pulled on the tips.
“Harry, let’s go into the garden for a cheroot,” Colin said.
Bell kept his expression impassive, but inwardly he applauded his friends for their timely exit.
“Here, I’ll help you,” he said. “If you’ll allow it.”
She hesitated a moment, and then she nodded.
He pulled on the fingertips first to loosen the glove. Then he reached for her upper arm and encountered silky smooth skin. As he slowly rolled the long glove down her slender arm, he imagined doing the same with a stocking and kissing the soft flesh he revealed.
Her breathing was a bit faster now and so was his. He pulled on the fingers of the other kid glove to loosen it. Then he began to roll it inch by inch down her arm. As he removed the glove, he met her gaze and almost staggered at the sultry expression in her green eyes. He stood there, powerless to move. The tension was palpable and her rose scent was like a potion swirling inside him with every breath. But he could not just stand there forever. So he cupped her elbow and led her to the billiards table and handed her the cue stick.
“It’s heavier than I expected,” she said.
He stood behind her. “Put your right foot forward and your left one back.”
She followed his instructions. “Now what?” she said, her voice a bit breathless.
“Lay the cue stick atop your hand between your thumb and forefinger.”
“This is a bit awkward,” she said.
“You’ll grow accustomed,” he said. “Now, grip the end of the stick, and slide it back and forth over your hand.”
She tried and fumbled with the stick.
He drew closer and put his hand over hers. His breath stirred the curl by her ear. “The stick is a bit long for you, but I’m sure you can accommodate it. Relax and keep a steady back-and-forth rhythm.” Lord, he was getting hot just thinking of what he was describing.
“Like this?” she said, her voice a bit husky.
“Excellent,” he said. “You want to aim squarely for the white cue ball when you take the shot and knock the blue one.”
“I doubt I can hit it hard enough,” she said.
“I’ll show you.” Then he wrapped his hand over hers at the butt of the stick and helped her slide it fluidly over her hand. “On the count of three,” he said.
A little huff of laughter escaped her.
“Concentrate,” he said near her ear.
“Yes,” she said softly.
“One,” he whispered.
She inhaled on a ragged breath.
“Two.” His groin tightened again.
“Three.” He thrust the stick forward. The cue ball smacked the blue one, sending it spinning into the pocket.
He propped the cue stick against the table. “Well done.”
She gazed at him over her shoulder. “You made the shot.” Her mouth was so close, and he wanted her too much to hold back. When their lips met, he turned her in his arms and pulled her up on her toes. He leaned over her, supporting her back with his hands. As she wrapped her arms around his neck, he captured her lips. She made a soft feminine sound, and all he could think about was eliciting far more from her. 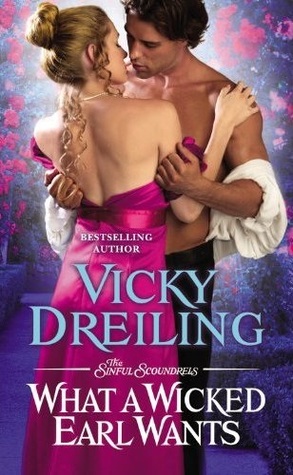 WILL A RAKE’S WICKED WAYS

Andrew Carrington, Earl of Bellingham, believes in being a gentleman, whether it’s fishing a soggy stranger out of the Thames or assisting a fetching lady into his bed. If the stranger becomes a friend and the lady a mistress, all the better. He certainly welcomes the opportunity to help Laura Davenport, a dazzling young widow with a rebellious stepson. Her gratitude, he hopes, will take an amorous form. But from the moment he sets foot in her drawing room, he gets far more than he bargained for …

LEAD THE LADY ASTRAY?
It was a moment of desperation. On the brink of losing her stepson, Laura turned to the notorious Lord Bellingham for help. Suddenly she, a vicar’s daughter, is in the precarious position of resisting his tantalizing advances. How Bell earned his wicked reputation is clear; the surprise is how much more there is to him than the gossip sheets could possibly reveal. Now every moment with this dangerously desirable man puts Laura’s good name at risk-and promises pleasure unlike any she has ever known … 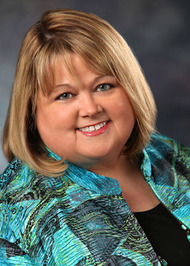 Vicky Dreiling is a confirmed historical romance junkie and Anglophile. Frequent business trips to the United Kingdom allowed her to indulge her passion for all things Regency England. Bath, Stonehenge, and Spencer House are among her favorite places. She is, however, truly sorry for accidentally setting off a security alarm in Windsor Castle. That unfortunate incident led her British colleagues to nickname her Trouble.
When she’s not writing, Vicky enjoys reading, films, concerts, and, most of all, long lunches with friends. A native Texan, she holds degrees in English literature and marketing.

Laura Davenport, the daughter of a vicar has married for love and even though he is twenty-four years her senior, she is really happy and adores his son, Justin.  So when, mere months after they marry, he becomes ill and passes away.  She has been Justin’s mother in all ways and now that he is seventeen, he is starting to act out, carousing and drinking.  The Earl of Bellingham, known as Bell, is a known rake and has an eye to bed the lovely widow.  Bell show up on her doorstep to confront Laura about her problems with reigning Justin in.  The uncle has also heard rumors of Justin’s wild ways and sets off to assert his guardianship while Bell is there with Laura.

In a moment of panic, Laura tells the uncle that the two are engaged and he has nothing to worry about.  Bell, a sworn bachelor, goes along with the plan, but soon finds his plans changing as well as he becomes more intrigued with Laura.  Bell has lost his entire family and has no plans to ever be in the position to care about people again.  As this pair become friends, a true romance builds even though both swear they never will marry.  As Bell helps Justin, he develops a connection with the boy and with his step-mother.  Yes, there are some really swoon worthy moments.

I adore how Dreiling really can create a scenario which rings true for the time period.  You can actually imagine the scheming that women must take on during the Regency period since they are no more than property during this time period.  The characters show a wonderful depth, especially with Bell, as he confides his loses to Laura. Even the secondary characters of Justin and Laura’s friend Lady Atherton, are very noteworthy.  She also has pinned evil on the deserving uncle.  Now, I can’t wait until the next one in this series!

Disclosure If you are considering purchasing this book or anything else from Amazon, please use my link above since I earn a very small percentage of the sale which helps pay for shipping my giveaways!  I received this book from the publisher at no charge and in no way influenced my review.