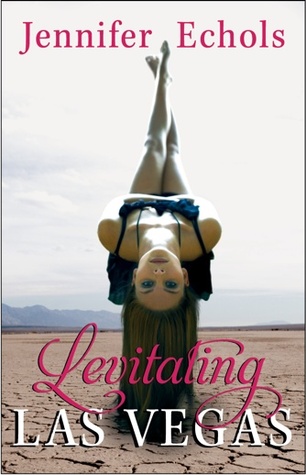 From the award-winning, wildly popular author of Such a Rush and Going Too Far comes a fun and sexy new adult romantic comedy with a paranormal twist, available exclusively as an eBook.Twenty-one-year-old showgirl Holly Starr is sick and tired of assisting her dad, a celebrity magician, in his Las Vegas casino magic show. As soon as he keeps his promise to her and shares the secrets to his tricks, she can break out on her own. But can she really make it? For years Holly has taken medication to stave off crazy hallucinations that she can levitate objects. Just when she thinks she’s ready to make a career and a life for herself, her medicine—and her luck—run out.

Elijah Brown suffers from a similar delusion—he thinks he can read minds—and he’s out of medicine too. Determined to save himself and his old flame Holly, he kidnaps her and takes her to a town high in the Rockies where their medicine is made. What they discover there leads them to suspect their powers are not imaginary after all…and neither is the intense attraction they feel for each other.

They make a pact to stick together as they return to Vegas to confront the people who kept them in the dark for so long. But soon they’re pitting their powers against each other in a dangerous world where the nightlife is seductive, domination is addictive, the sex is beyond belief…and falling in love can lead to murder. 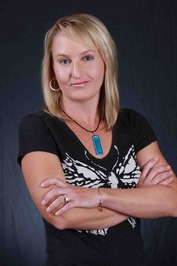 Jennifer Echols was born in Atlanta and grew up in a small town on a beautiful lake in Alabama–a setting that has inspired many of her books. Her nine romantic novels for young adults have been published in seven languages and have won the National Readers’ Choice Award, the Aspen Gold Readers’ Choice Award, the Write Touch Readers’ Award, the Beacon, and the Booksellers’ Best Award. Her novel GOING TOO FAR was a finalist in the RITA and was nominated by the American Library Association as a Best Book for Young Adults. Simon & Schuster will debut her adult romance novels in 2013, with many more of her teen novels scheduled for the next few years. She lives in Birmingham with her husband and her son.

Elijah and Holly and separated by their parents before they can date in ninth grade.  They are also told they have MAD –  Mental Adolescent Dysfunction – a mental disorder with noted feelings of being able to read minds or think they can fly, which can lead to hallucinations and looking crazy.  Drugged for the last seven  years and hiding their devastating disease, they both try to assume normal adult lives.  Holly is finished with college and is her father’s assistant in his chart topping magic show in Las Vegas.  Elijah is a carpenter at the same casino and lives with two roommates.  When the two cross paths again, the spark they had as fourteen-year-olds is still there. So now Elijah is reaching out to Holly to get his hands on some of her medication since the pharmacy can’t get the drug to him.

The pair soon figure out that a conspiracy against them has taken place and the their “hallucinations” are not that at all.  Holly has the power to levitate and move objects with her mind, while Elijah can actually read minds.  To say they are upset with the parents is an understatement.  Holly’s roommate, Kaylee is also in charge of the casino security and as a mind changer, she is pretty much on top of everything.  She has also escaped from the Rez, a group of malevolent young teens and adults, bent on destruction and living a sort of Lord of Flies existence. Kaylee knows that the pair are a high target for the group to use and take over the casino, given a chance.

I adore the almost spit personality of Holly, she can be super sweet and docile but has a backbone when riled up.  The zen-like calmness of Elijah is a perfect balance to keep her literally grounded.  Yes, literally makes complete sense in this case since Holly can pretty much walk on air.  I know fans of Echols’ young adult novels will probably have some cross words for this book, but I love it when authors try new things.  I give her tons of credit for taking the chance and writing a darn good paranormal romance with lots of humor.  I was a bit shocked when I was laughing instead of crying while reading this since her books usually wring the emotion out of me.  This is a perfect summer read when something light is just what you need.  Parents:  there are some adult situations since this is a New Adult novel.