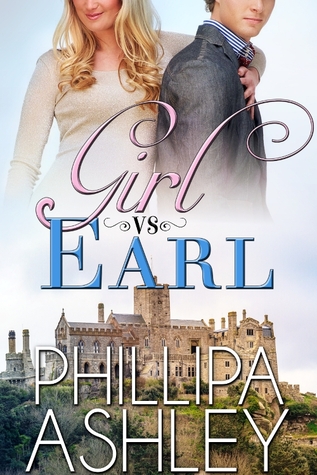 Publication Date: March 24, 2013
When Miranda finds herself fighting for her home, her job and her heart, sleeping with the enemy may not be the best tactic.

With no family of her own, Miranda Marshall has developed a healthy respect – some would say obsession – with other people’s histories. As property manager of a spectacular island castle in Cornwall, she’s made St Merryn’s Mount one of the UK’s most popular heritage attractions. While she may have the castle running like clockwork, Miranda hasn’t bargained on its sexy owner returning to claim his birthright.

Dark, handsome and with a rakish reputation, Jago, the Earl of St Merryn, not only looks like a pirate but is intent on flogging the Mount to a soulless leisure corporation. Miranda faces the battle of her life as she tries to persuade him to face up to his past and continue the St Merryn dynasty. But Jago has his own reasons for jumping ship and when he throws down the gauntlet to Miranda, she’s forced to delve into painful memories she’d much rather keep hidden.

I write lively, sexy, funny contemporary romance. My first novel, Decent Exposure (titled Dating Mr December in the US) won the Romantic Novelists Association New Writers Award in 2007 and was made into the Lifetime TV movie, 12 Men of Christmas, starring Kristin Chenoweth and Josh Hopkins.

My next release is It Happened One Night in June 2013. My previous book, Miranda’s Mount won the 2012 Festival Of Romance Best E book read.

Miranda is the property manager for a large castle in the Lake District.  The site is a favorite among tourists and also employs many of the local villagers.  She has an excellent working relationship with the owner, Lady St. Merryn and her employees.  Her best friend, Ronnie, works as a security officer and she worries that Miranda is too caught up in her work.  When Miranda confronts what she thinks is a lagging tourist, she comes face to face with Lord St. Merryn, Jago, who has decided to surprise his mother with a visit home for the first time in years.  He also has another surprise for Miranda, that he plans to sell the castle.  Miranda is sworn to secrecy and frets about the employees while falling in lust with Jago.

This is such a fun read, perfect for summer with romance and humor.  I really like Miranda and even with her devastating childhood, she still believes that she has a chance at love.  Jago, on the other hand, has had a rough go at life as well, since he lost his wife in illness following a horrible accident.  You can see why he doesn’t want to keep the castle when he had planned to settle there with her.  Even Lady St. Merryn was great fun and I would love to read more about her romance after her lonely marriage to Jago’s father.  The townspeople also offer some great minor characters and a bit of mystery is also with a few evil subplots.

The romance between the two was not something either of them were looking for and it was nice when they finally realized that they are perfect for each other.  Something that Jago’s mother noticed right away.  The pair also generated some heat in one stand out sequence taking place in a boat.  I don’t think I have ever really laughed at a romance scene like I did with this one. I can’t wait until Ashley writes her next one!