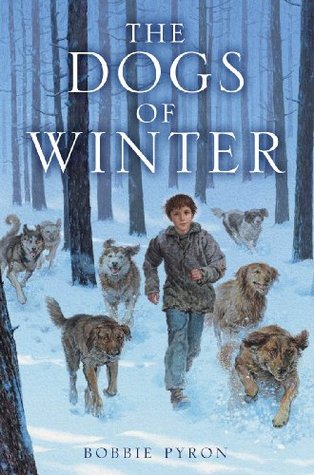 A small boy, a cruel city, and the incredible dogs who save him.

Based on a true story!

When Ivan’s mother disappears, he’s abandoned on the streets of Moscow, with little chance to make it through the harsh winter. But help comes in an unexpected form: Ivan is adopted by a pack of dogs, and the dogs quickly become more than just his street companions: They become his family. Soon Ivan, who used to love reading fairytales, is practically living in one, as he and his pack roam the city and countryside, using their wits to find food and shelter, dodging danger, begging for coins. But Ivan can’t stay hidden from the world of people forever. When help is finally offered to him, will he be able to accept it? Will he even want to?

A heart-pounding tale of survival and a moving look at what makes us human. 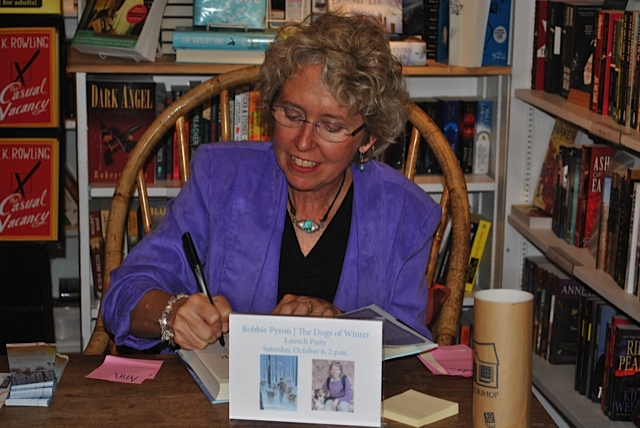 About the Author
Bobbie Pyron is the author of A DOG’S WAY HOME, which received a starred review in Publishers Weekly and was named to the Spring 2011 Indie Next List. She works as a librarian in Park City, Utah.
http://www.bobbiepyron.com/

SOURCE:  AUTHOR
MY THOUGHTS
ABSOLUTELY LOVED IT
Ivan’s mother has disappeared and her boyfriend is taking him to an orphanage when he escapes rather than be thrown into such a desolate place.  As a five year old boy, he is among many of Russia’s children that have fallen through the cracks where social safety nets are no longer existent because of the downfall of communism.  With no systems or limited funds in place, these children form gangs and substitute families where abuse runs rampant between the older and younger kids as well as the police.  These children steal and beg to survive.
Even though Ivan is extremely young, he is wise beyond his years and soon figures out that these older kids are being mean to him.  He sleeps under a bench in the subway right over a heat vent during the horrible winter.  When he awakens and a dog is right next to him, he finds a new and constant friend.  Forced to beg for the older kids, he hides money and buys food for the dog.  He now has a fast friend and when he is beaten, Ivan decides to throw his lot in with the dogs instead of the abusive humans.  Safe in their den, the dogs treat him as a welcome member of their pack.  The family of dogs treat him better than any human has recently treated him.
The story follow Ivan for a year in his life with the dogs, foraging for food, roaming the train system and finding new places to live and survive.  Ivan is a plucky hero, full of wit beyond his years and he really captured my heart.  I was in tears at times at the abuse he endures and was shocked when I came to the end and the afterword described that this was based on a true story.  Pyron has done a spectacular job at documenting the bond between a boy and dogs as well as brought to life some horrifying facts about the poor in Russia.  Although, this is written for children, adults would be wise to read it as well.