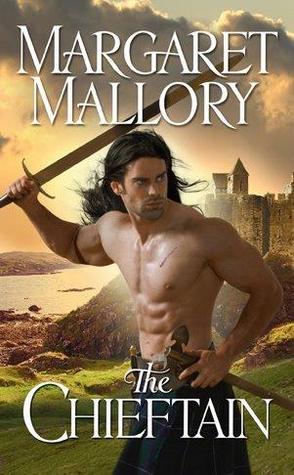 Connor, chieftain of the MacDonalds of Sleat, holds the fate of his people in his hands. Rival clans are plotting to take over his lands, and duty determines whom he will fight, trust . . . even marry. Seeking guidance, Connor turns to Ilysa, a young lass with the gift of foresight, who reveals an approaching danger-and a passion that burns only for him. But the warrior must make a powerful marriage alliance, and Ilysa’s bloodline is far too humble.

With her powers to heal and see evil where others cannot, beautiful Ilysa dresses plainly, speaks softly, and loves her chieftain from afar. Yet when Connor finally stokes the embers of desire that have so long burned within her, Ilysa feels bliss unlike any she’s ever known. Now as he is forced to place duty before happiness, Ilysa senses Connor is in grave peril. Can she find a way to prove she is the woman he needs by his side?

About the Author
Margaret Mallory abandoned a career as a lawyer to become a romance novelist. Why this surprised everyone, she doesn’t know. Who wouldn’t rather have thrilling adventures with handsome Highlanders than write briefs and memos? Margaret lives in the beautiful Pacific Northwest with her husband, a goofy dog, and a crabby cat. With her children off to college, she spends most of her time working on her next book in The Return of the Highlanders series. Margaret loves to hear from readers.

Source:  Publisher
My Thoughts
Loved It

Connor knows he must marry well since his clan has been devastated in the recent generations and decides he will marry not for love, but for duty and make the best match he can.  Ilyssa, a seer, has married at her mother’s request but ends up a widow.  She has loved Connor in what seems like forever and moves to his castle to be his healer and run the house.  After hiding her beauty for so many years, she is close to Connor, but still not his wife.  You wonder if Connor will ever make the right choice and realize what is right in front of him.  Yes, there is the happy ever after but there are many twist and turns to get to it! 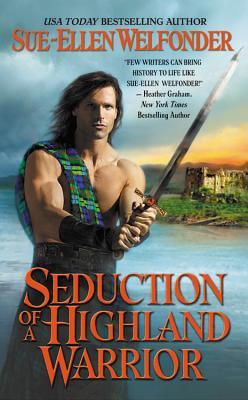 At the King’s request, chieftain Alasdair MacDonald has sworn to preserve the peace in the Glen of Many Legends. Though he’s handsome and fearless, his warrior’s heart belongs only to his beloved land-until the fair sister of his oldest enemy shatters his defenses, branding his skin with a single touch, and sealing his fate with one stolen kiss . . .

Lady Marjory Mackintosh will do anything to unite the warring clans, even seduce Alasdair MacDonald. She has loved the rugged Highlander since she first saw him and now, as temptation leads to surrender, Marjory dares to possess him, body and soul. But a dangerous new menace enters the Glen, and he will stop at nothing to strip Alasdair of his honor-and the only woman who can claim his heart.

About the Author
Sue-Ellen Welfonder is a Scotophile whose burning wish to make frequent trips to the land of her dreams led her to a twenty-year career with the airlines.

Now a full-time writer, she’s quick to admit that she much prefers wielding a pen to pushing tea and coffee. She makes annual visits to Scotland, insisting they are a necessity, as each trip gives her inspiration for new books.

Proud of her own Hebridean ancestry, she belongs to two clan societies: the MacFie Clan Society and the Clan MacAlpine Society. In addition to Scotland, her greatest passions are medieval history, the paranormal, and dogs. She never watches television, loves haggis, and writes at a 450-year-old desk that once stood in a Bavarian castle.

Sue-Ellen is married and currently resides with her husband and Jack Russell terrier in Florida.

Source:  Publisher
My Thoughts
Loved It

Marjory has sworn that she will bring her clan together to avoid war and so she marries Alasdair but things don’t go as she plans since he refuses to believe that he loves her.  Then there is her brother, Kendrew,  who conspires to keep the pair apart but they are no match for Marjory and her wits.  Even as Marjory is almost married of to a Norse Prince, she still works at getting back to Alasdair.  There are several other factors keeping the pair apart and the biggest problem to the romance  is the war that is always threatening the Glen.  There are touches of magic that surround the romance making it even more special.   This is third book in the Highland Warriors but it easily stands alone.

Want  to win these books?

Contest is open to anyone over 18 with a US Mailing address
(sorry, no PO Boxes)
Contest ends on 2.28.13 Winner will be chosen by Random.org
WINNER WILL BE ANNOUNCED IN THE COMMENTS OF THIS POST
Winner will have 48 hours to respond to email or a new winner will be chosen.

Duplicate entries will be deleted.  Void where prohibited.