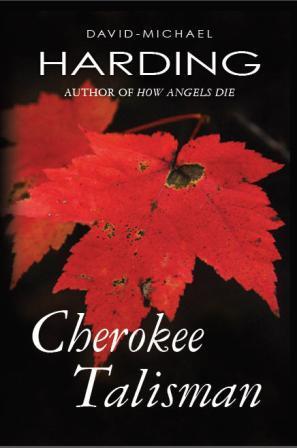 They were blood-thirsty savages – superstitious, dirty animals. They were thieves and killers who burned houses to the ground and kidnapped women and children.

They were protectors of a Nation – guerrilla fighters serving their country. They were husbands and fathers who built homes in lush valleys for their families.

They were – the same men.

In 1775 perspective came with the color of your skin.

An orphan boy, Totsuhwa, is taken under the wing of legendary Cherokee war chief Tsi’yugunsini, the Dragon. But even under a dragon’s wing isn’t safe when a covetous nation forms around them.

Amid the battles, Totsuhwa fights the reoccurring pain of loss until he meets Galegi, who becomes his wife. Trying to raise their son in a peace the new world won’t allow, they teach him the strictest Cherokee traditions while white assimilation, encroachment, and treachery grows. General Andrew Jackson wages war against tribes across the southeast and the toll is high. With his people gradually losing everything, Totsuhwa must find a way to save his family — and the Cherokee nation — before all is lost.

Cherokee Talisman recreates the neglected history that existed when one nation was born and another almost died.

There are few places more beautiful than the Cherokee homeland, in the fall of the year. It is during the fall that our Creator paints the leaves on the maples and oaks, making the forests a colorful display of beauty. It was also in these same forests that many Cherokees lived, loved and died. Our history as a people was so affected by the Trail of Tears that many historians begin the telling of our story at the Trail of Tears moving forward, and those who walked through those forests of maples and oaks are all but forgotten.

David-Michael Harding, in his novel Cherokee Talisman, takes the reader to our homeland in the fall of the year, in such a way that the reader can almost smell the earth and see the beautiful colors of the leaves. It is a glimpse of oneness with the land that Harding conveys to the reader so that the love of our homeland, and the desire to protect it, can be felt by the human spirit and understood. Cherokee Talisman brings to life characters from our history and through a flare for fiction and historical research, Harding tells their story. Cherokees that might be painted by racist misconceptions as blood thirsty savages are humanized by Harding, making them heroes of a very real time in our history forgotten by man, and preserved by few. History is written by the victorious, but when almost forgotten historical characters are brought to life, and their stories told, they are preserved for the ages, and in this preservation David-Michael Harding has succeeded.

About the Author
David-Michael Harding is a life-long writer whose novel, How Angels Die, has received critical acclaim. A former semi-professional football player, his writing is hard hitting and passionate. He holds a masters degree in education and is an adjunct professor of writing. His respect and admiration for Native American culture inspired this novel.

http://www.DavidMichaelHarding
info@davidmichaelharding.com
WANT TO WIN A COPY OF THIS BOOKS?
Contest is open to anyone with a US mailing address
You must be 18 or have your parents permission to enter
(no PO Boxes) or International for an eBook.
Contest Ends on 2.20.13. Void where prohibited.
Winner will be drawn by Random.org
Winner will have 48 hours to respond to email or a new winner will be chosen.
This giveaway is sponsored by the author and 1 BOOK will be available.
Only one winner per household/mailing address!