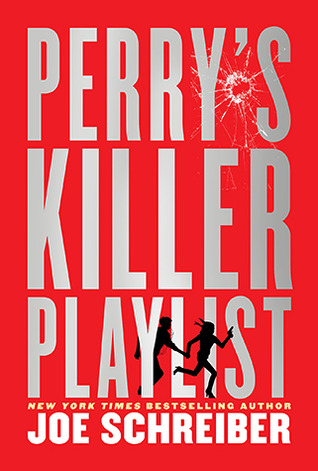 Release Date: November 6, 2012
When Perry ends up in Venice on a European tour with his band Inchworm, he can’t resist a visit to Harry’s Bar, where Gobi told him she’d meet him someday. The last time he saw Gobi, five people were assassinated one crazy night in New York City. Well . . . Gobi shows up, and once again Perry is roped into a wild, nonstop thrill ride with a body count. Double crossings, kidnappings, CIA agents, arms dealers, boat chases in Venetian canals, and a shootout in the middle of a Santa Claus convention ensue.

About the Author
Joe Schreiber is the New York Times bestselling author of adult novels Death Troopers, Chasing the Dead, and Eat the Dark. His first young adult novel was the critically acclaimed Au Revoir, Crazy European Chick. He lives in Pennsylvania with his wife and children.

Perry has his life all laid out, he has gotten into his dream college, his band is set to tour Europe and he has a hot, older girlfriend with connections to the music industry.  It all goes according to plan except that Perry runs into his ex, Gobi,  while in Rome and the bullets begin to fly!  Gobi, he now knows, is a world class assassin and seems to drag Perry into danger no matter what.  This is serious non stop action and full of shoot outs, crazy people and evil. Of course, there is good versus evil.

I really enjoyed the quickness of the plot and how fun everything came together.  There is just enough “deepness” to the characters to keep me interested in them.  Perry is very likable but I just can’t figure out what a world class underground association would need him for.  I guess I need to go back and read the first book to get that background.  Gobi’s illness keeps her from being one dimensional and the other woman, Paula proves to be the really evil girl in this one.  This is overall just a fun read and best suited for teens.