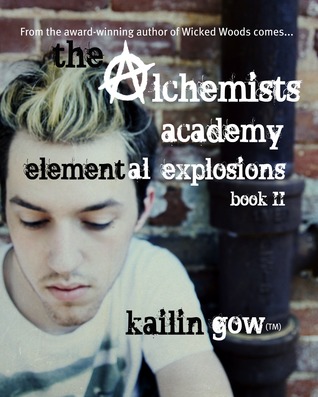 Publication Date: July 25, 2011
A new student has entered The Alchemists Academy, and he brings with him an explosive power that threatens the Academy and the legend of Merlin. Wirt thought he was the only bad boy at the Academy, but he was wrong. Not only is Roland Black worse than Wirt, but a new teacher had replaced one of their beloved teachers, and she has more planned for Wirt and his friends than just lesson plans. Alana, his crush has grown prettier, and now he is rivals for her attention with not only his best friend Spencer, but newcomer Roland, as well. On top of that, it is their second year, and the year where all the students must pass a test to move on to the Elite Class at the Academy. The Elite Class is the only class in the third year at the Academy, and the students who fail will be sent home, others will face something even deadlier.

After completing the world building in the first installment of The Alchemists Academy, Wirt finds that he is no longer the new kid and Roland threatens his spot to make the Elite 14 in the third year group.  Roland is not the best candidate in his eyes since he doesn’t always play fair.  Everything just seems to come easily to him and that raises suspicions in Wirt’s eyes.  Alana has grown more sure of herself and even lovelier, especially to Wirt.  Even though he feels she that Roland has stolen her heart.

Wirt is put through his paces as he tries to get into the Elite Class.  Again, there are the entertaining characters of the Headmaster and other teachers based on Merlin and the Lady of the Lake as well as favorites Spencer and Princess Priscilla.  I miss that Spencer wasn’t around as much in this installment.  The end will have you on the edge of your seat as you wait to hear which students made it through to the elite class.  This is a very clean middle grade read. 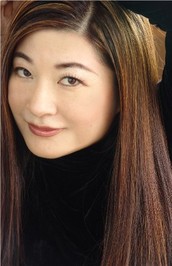 Kailin Gow is the award-winning, international bestselling author of over 80 distinct books.

Kailin Gow is also the President of a media company, a media personality, and has been writing full-time since she was first published. Holding a Masters in communications management and leadership positions in Fortune 500 corporations, she puts her leadership abilities, her experience, and desire to help others into her fiction books. As a result, she has written the forthcoming, Finding the Heroine in You book which is also a national tour. She is a mother and spends whatever spare time she has volunteering at the Red Cross, Battered Women’s Shelters, and other organizations.

Currently her Frost Series is in development for a major international MMO Game, and she has over 14,000 and growing Frosters on her facebook fan page.