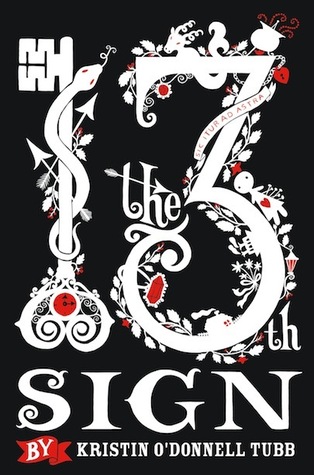 You’re no longer Sagittarius, but Ophiuchus, the healer, the 13th sign.

Your personality has changed. So has your mom’s and your best friend’s.

What about the rest of the world?

What if you were the one who accidentally unlocked the 13th sign, causing this world-altering change, and infuriating the other 12 signs?

Jalen did it, and now she must use every ounce of her strength and cunning to send the signs back where they belong. Lives, including her own, depend upon it.

Kristin O’Donnell Tubb’s novel, Selling Hope, garnered terrific reviews, including a star from Booklist, who said, “Tubb deftly ingrains a thoughtful ethical question into the story, but never overdoes it in this bouncy tale populated by a terrific cast of characters.” Kristin lives in Tennessee with her family.

Jalen and her best friend, Ellie, are visiting the psychic for a reading on her thirteenth birthday as she has for years with her grandmother, except this year, her grandmother is in the hospital.  When the pair of newly minted teens enter the store, Ellie suggests buying something from the store but she can’t find anything until the two come upon a small book of the zodiac that is bound in chains and not for sale.  So they take it.  When Jalen unlocks the book, she unlocks a new horoscope sign, one that has been buried in the ages and threatens to upset the universe unless she can defeat the other gods that rule the stars and would like to take over the power from that thirteenth sign.

Not that Jalen believes in all this hocus-pocus, but when she is confronted by the gods, she has to think there is something to all this astrology stuff. As the pair team up with with Ellie’s brother, Brennan to defeat the gods from the star signs (Taurus the bull puts up an amazing fight) and they must defeat them all or every one’s personality will shift. There is a noticeable shift already in Ellie’s personality.  Most of the time, Jalen also must deal with missing her grandmother and how much her strong mother’s personality has changed into a weeping whiner.

The story is fast paced and full of great imagery which is much like Percy Jackson, except with a female protagonist.  As the pair combat the villains and vanquish them, they go back to being just stars.  There is also a stranger Parts of this story reminded me a bit of how Christopher Moore might write a kid’s book.  There is just some cartoon violence, a kiss here or there and lots of fun.  I really enjoyed this middle grade adventure.